As stay-at-home drags on into its 11th month, a lot of us are finding novels a difficult challenge. Not because they aren’t wonderful. Not because we’ve lost our love of stories. Not because our favorite authors have suddenly forgotten how to write.

It’s because the “new normal” still isn’t normal. Because we hate it and FFS, we want our lives back. Because the math says it’s getting worse, not better, and even with new leadership in place, even with reasonable people and science at the helm, it’s still going to take time for our world to return for a modicum of rationality and order, and we still don’t have any sort of estimate as to when that might be…

I write this not to wind anyone up, but to let you know I’m right there with you. I feel your frustration at having one of my primary escapes, reading, taken away from me. I come to offer an alternative to novels that may not only fulfill your need for a good brain quest but kickstart your brain, prime it for those words and images you so very much want to devour.

I write this to slide some new and upcoming graphic novels into your TBR as alternatives to words-only works as a lot of readers I know are finding them more engaging in these trashfire times. 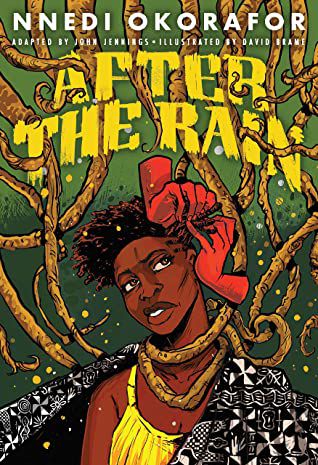 After the Rain by Nnedi Okorafor, John Jennings, and David Brame

Abrams is making a foray into the ever expanding world of graphic novel publishing with an adaptation of Okorafor’s short story “On the Road” from her 2013 collection Kabu Kabu.

Former Chicago police officer Chioma is visiting her grandmother in Nigeria when a vicious storm hits their village. In the midst of that storm, a boy, terribly injured, knocks on their door. He touches Chioma’s hand and suddenly she can smell the spirit world, see ghosts, feel plants breathing.

Will these new powers take control of Chioma or will she embrace them and allow them to become an essential part of her being? Will she continue to deny her heritage or will she allow herself to be everything she has the potential to be? After the Rain explores the boundaries we draw within ourselves, the way we seek to compartmentalize to fit in, and the remarkable people we find within ourselves when we break those barriers down. 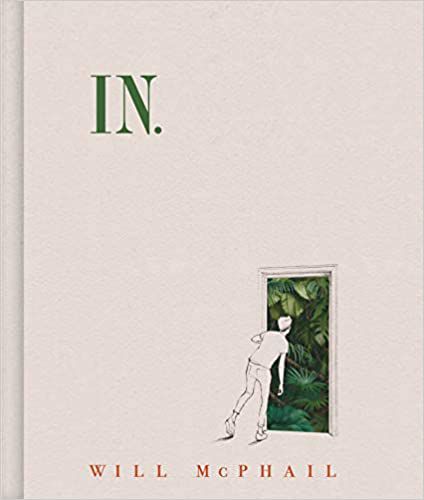 In: A Graphic Novel by Will McPhail

Nick is an artist. He’s pretty good at it. He is not, however, good at people. He is, in fact, pretty terrible at people. He does what he thinks will help him fit in: works at outrageous, hipster coffee shops (mmmm, cactus milk), innocently sketches random people and gets called a creep, and drinks milk stout even though he hates it.

Then one night he meets Wren on the subway. Her quirkiness matches his and she’s easy to talk to and smart and funny. Before he knows it, he’s helping her move and finally, finally, settling into the life he’s been looking for.

Until his mom reveals she has pancreatic cancer. And Wren is her oncologist.

In isn’t an easy read but it’s a moving, sweet, sad, beautiful one. I felt some feelings I didn’t know I needed to feel. The catharsis ended up being good for me. 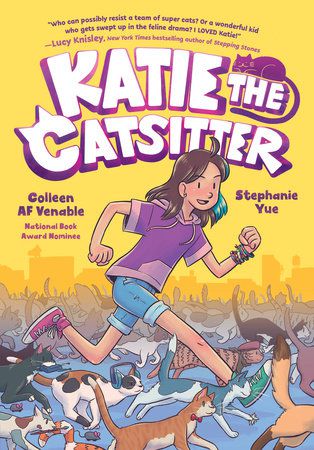 Katie the Catsitter by Colleen AF Venable and Stephanie Yue

Katie is not excited about summer vacation. Her best friend is going to sleep away camp and Katie is going…nowhere, unless she can earn some money fast. After trying a few different things, none of which work out, she takes a catsitting job for her upstairs neighbor.

Her upstairs neighbor who always seems to be out when the city’s most notorious supervillain is doing capers.

Also, the cats have superpowers.

Katie the Catsitter is hilarious. It’s adorable and witty and the art is fantastic. It is exactly what my poor, overtaxed gray matter needs right now. Random House Graphics continues to smash it out of the park in their second year of gifting us with fantastic content. 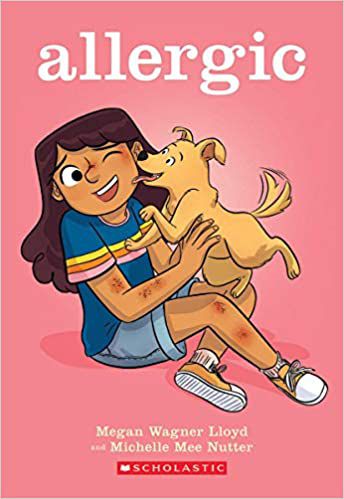 A lot of folx have used stay at home as an opportunity to procure new or additional fur children, and that is absolutely fantastic. Many of these new family members are shelter pets who need extra time and attention, at least at the beginning of their tenure, and if we’re looking for something positive in the morass, people having the time to give that attention is certainly wonderful.

Watching friends frolic with a new pupper when you can’t have one is tough for adults, let alone kiddos, though, and explaining the medical ins and outs of allergies to the youngs is a complex proposition and leaves out the most important part of the conversation: alternatives. Allergic, however does a great job of both: couching the “no” in a way that makes it clear it’s an adult’s job to make sure their kids are healthy and safe while also reminding bigs and littles that fur and feathers aren’t the only pet options. 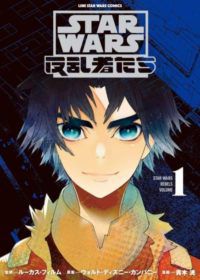 Star Wars has always been one of my most beloved escapes.

I have been, and continue to be, of the mind that the best Star Wars of the last decade—with the possible exceptions of Rogue One and The Mandalorian—has been the animated properties, with Rebels rising to the top of that sub-bunch. Is the manga a retelling of the series? Sure. But as we’ve discussed in the past, western story to manga translations are always an interesting study in emphasis shift and character interpretation. Plus, if we’re being honest, I’ll consume this story in any form at any time because: found family, gray Jedi, non-toxic masculinity, kick-ass women with full ranges of emotion, and Ezra is just…freaking adorable. There’s something about Aoki’s style that suits these characters particularly well and gives this first Rebels arc a little something extra. I eagerly await the translation of Vol. 2.

I hope one of these rabbit holes is useful to you as an escape, a jump start, or both. And if someone tells you graphic novels aren’t books, throw an xxxHolic omnibus at their head; I promise it will have the same impact as a Chernow biography, thus proving their complete and total wrongness. Actually, don’t do that, it’s a terrible idea. Throwing things is wrong. Usually. But you get my point.