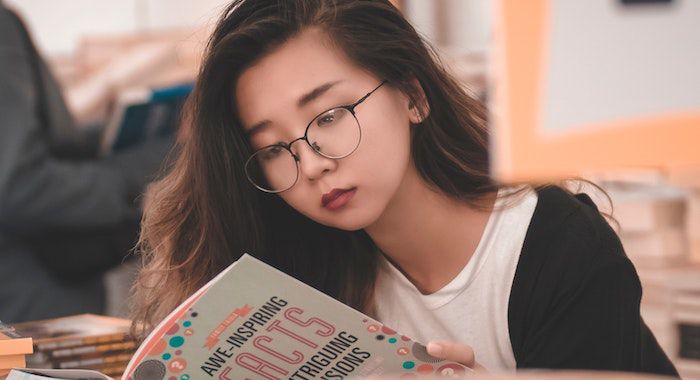 As a teacher, not only do I love digging in to YA books, but I also adore a good middle grade tale. From fantasy to contemporary and heartwarming stories, there always seems to be a book that provides a lovely escape from the everyday when it comes to this category.

What I’m trying to say is that middle grade is certainly for kiddos, but adults and teens can also find some joy and excitement in these stories. Full of magical elements and fantastic lessons, there’s something for everyone.

With that said, I’ve compiled ten of the most anticipated 2021 fall middle grade releases. I hope that from these books you find a new favorite to add to your bookshelf. Happy reading! 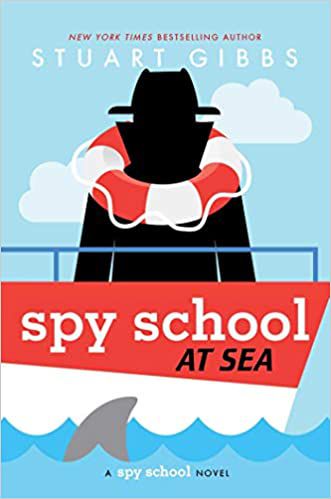 This ninth book in the Spy School series follows an adventure in the high seas, with a twist.

Ben recently uncovered some serious evidence in his investigation of the Croatoan. Thanks to that, the CIA has tracked his nemesis, Murray Hill, to Central America. Not only is Murray there, but they believe he also will be boarding the world’s biggest cruise ship, The Emperor of the Seas, on its maiden voyage around the world. Now, Ben’s on a mission to track Murray at all costs.

So Ben then decides to pose as part of a family, with known characters from the books Alexander and Catherine Hale as his parents, Erica as his sister, and his bestie Mike as his brother.

Little does he realize that finding out what Murray is plotting will be harder than expected on the voyage, and what follows are fun and adventurous hijinks that will keep readers invested in this super cool story. 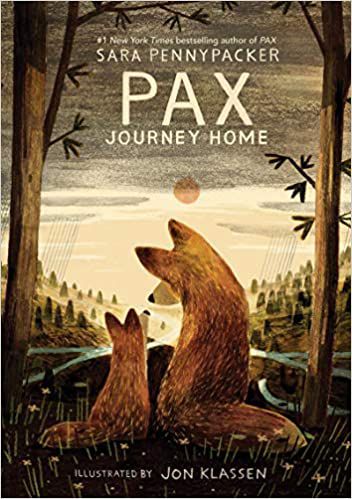 This adorable booked filled with gorgeous illustrations by Jon Klasser, we follow Peter and his pet fox, Pax, who have not spent time together or seen each other in a year.

Meanwhile, Pax and his mate, Bristle, have welcomed a litter of kits they must protect. Also Peter is dealing with tough feelings after being newly orphaned after the war. He leaves his adopted home with Vola to join the Water Warriors, a group of people determined to heal the land from the hurt and scars that war left over.

This beautiful tale captures themes of home, friendship, love and loss in such a gorgeous manner that you just might need to get ready to shed a tear. It’s certainly one that you’ll love to add to your shelf. 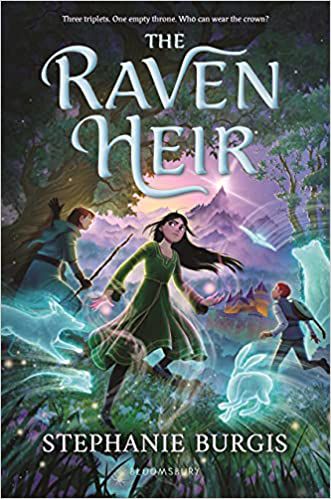 This super magical fantasy follows the tale of an enchanted forest and what lies within.

There, there is a castle where a set of triplets and their sorceress mother have lived for years. The group feels safe there and disconnected from a long war for the Raven Throne that has the kingdom up in arms. Nothing can get them there, they feel, and they really love their environment.

Yet, Cordelia, one of the triplets, has the power to become any sort of animal with just a thought. Using that power, she yearns to discover what lies behind her protected castle walls. But will she survive her adventurous craving? This book is gorgeously written and one that I am sure you will enjoy! 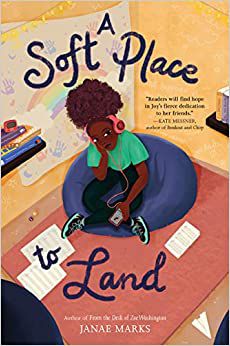 A Soft Place to Land by Janae Marks (September 14)

This contemporary mystery follows a young girl trying to redefine what home means to her and where home might be.

When dad loses his job, Joy Taylor finds herself consumed by the four walls of their small apartment and mom and dad’s sudden fights. She also misses music as an escape, and her dreams of becoming a musician seem far away and hard to reach. What’s a girl to do?

So, when she discovers The Hideout, a cozy hideaway for kids that only kids know about and where they exchange messages, she feels like she’s found her place. But when a mystery starts unraveling and she receives no response from another kid who seems to be struggling, Joy vows to find out who this person is and see if they’re in trouble and might need help. Adventure and realistic situations ensue.

Filled with heart, you’ll love this one from the author of From the Desk of Zoe Washington. 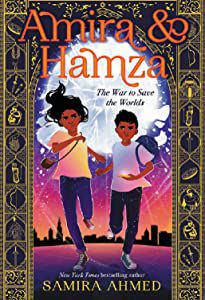 Amira & Hamza: The War to Save the Worlds by Samira Ahmed (September 21)

With an issue that any brother and sister duo could experience, this book begins when 12-year-old Amira and her little brother, Hamza, can’t stop arguing while attending a special exhibit on medieval Islamic astronomy.

Upset, Hamza disappears and leaves Amira behind and stumbles upon A Box of the Moon, which is strictly forbidden. When Hamza grabs the box, it opens up magically, and little do they know that the effects of it and what follows could truly change their worlds forever. In a moment, day turns to night, everyone falls under a sleep spell, a piece of the moon breaks off and they even come face-to-face with two out of this world creatures known as jinn.

No spoilers, but the adventure continues as the duo finds out thanks to jinn that they are part of an ancient prophecy. But, can Amira and Hamza save the day? Read on to find out! 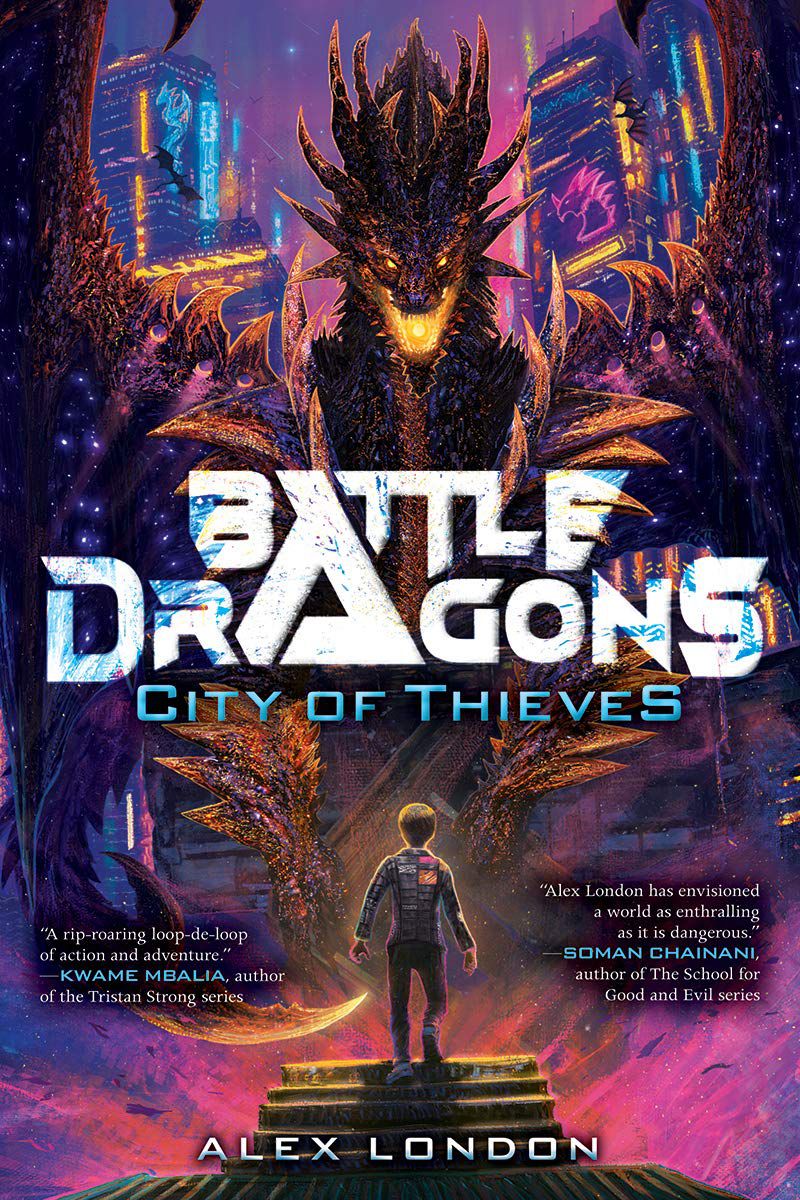 If you love dragons and mythical creatures, this is certainly the book for you!

The story follows a modern city that is fully built around dragons. There, one adventurous boy gets caught up in the world of underground dragon battles and the gang wars that come with it, which could destroy his family and life if he’s not cautious about it.

In the past, the dragons in this city of Drakapolis nearly drove themselves to extinction. Then, humans domesticated them, so the dragons deal with the city’s cargo, drive taxis to transport people between skyscrapers, and advertise their goods in bright, neon displays. Yet, there’s nothing as intense and as tempting as their underground dragon battles, which main character Abel becomes involved with, for his passion for the creatures runs deep.

The first book in a series, this is a great cyberpunk-style book filled with modern elements that readers can get immersed in. 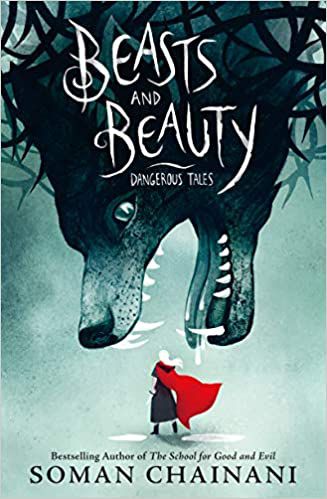 Do you love fairytales and stories filled with creepiness and enchantment? Then this anthology is for you.

The book features 12 tales full of magic, each exploring themes such as triumph, life, death, love and lots of life lessons. Some of the stories include a prince that has a surprising awakening, a beauty that actually fights like a beast, and a strong boy that refuses to become prey.

Filled with unexpected twists and turns, these tales with stay with you long after the last one has ended and final page has been turned. 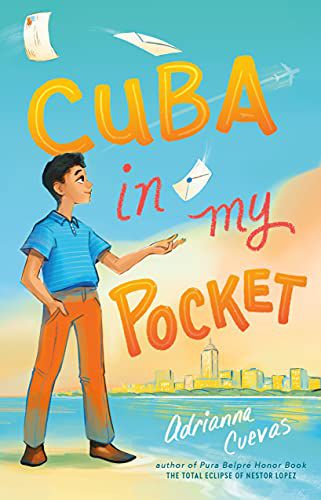 Cuba in my Pocket by Adrianna Cuevas (September 21)

Imagine leaving your whole world behind. This is a tale about that — and about finding one’s purpose.

In the book, the failed Bay of Pigs invasion in 1961 solidifies Castro’s power in Cuba, and because of this 12-year-old Cumba’s family makes the tough decision to send him to Florida alone.

Once there alone, Cumba tries to remember the sound of his father’s clarinet, the smell of his mother’s lavender perfume and all the memories that he cherished from his childhood and full life in Cuba. The book is a gorgeous ode to family, friendships, love and endurance, which the author said was inspired by her own family story. 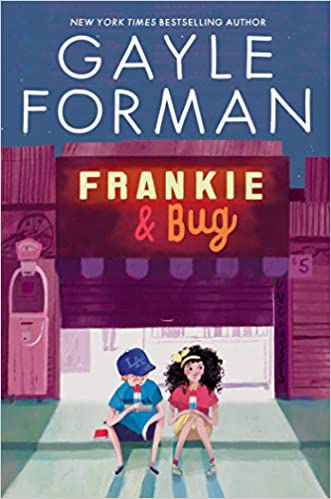 In this summery middle grade adventure from author Gayle Forman we follow 10-year-old Bug, who just wants to go to the beach with her older brother and hang out with the locals on the boardwalk. It’s a tradition that they have every summer, and it’s all she ever looks forward to after school ends.

But, this year, Danny wants to be with his own friends, and Bug’s mom is too busy, so Bug is stuck with their neighbor Philip’s nephew, Frankie. Little did she realize that she just might’ve made a new bestie. This heartfelt story captures that summer breeze, with a side of an icy popsicle had on a boardwalk, and you’ll be enamored with the characters and the story from the start. 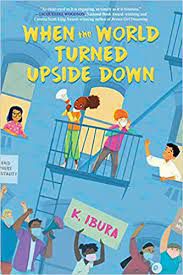 When the World Turned Upside Down by K. Ibura (November 2)

During the time of quarantine and dealing with COVID-19, the world stopped. This modern contemporary novel deals with these issues, as well as how families and friends can come together to help each other during tough times.

In the book, Shayla, Liam, Ai, and Ben did not expect COVID to change their lives so drastically. But when school closes to keep everyone safe, their lives turn upside down when they realize that’s not the only issue they have to deal with, while issues at home and the community infiltrate them.

As they adjust to life in quarantine, they discover they are not alone, and how important everyone in their apartment building is, as families begin to help each other and strangers become friends, from a social distance of course. This timely novel will surely strike a cord with readers and I highly recommend it.

What other middle grade releases are you excited for this fall?