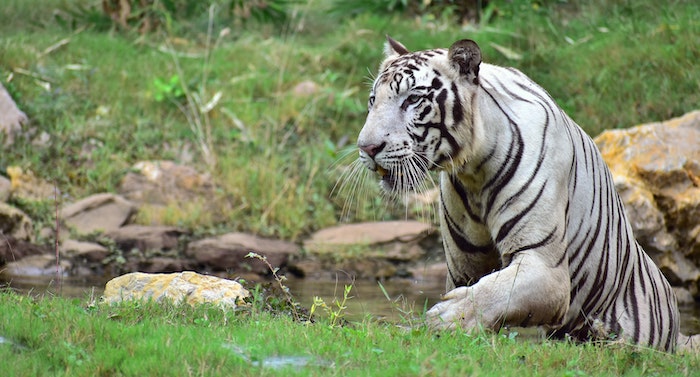 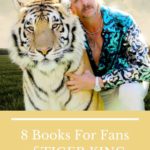 Hey, all you cool cats and kittens! (Sorry.) Now that we’re all still indoors and finished marathoning every episode of Tiger King (including the update) and have gossiped about it with our coworkers over Zoom until even we’re tired of ourselves saying how exactly Carol Baskin killed her husband, we need something else to do.

But are we totally ready to move on from the train wreck that is Tiger King? (No.)

Personally, I think it’s good that the majority of us are collectively consuming this media—it opens our eyes to worlds that we didn’t know existed: The cruel side of “sanctuaries” and how to discern which are truly saving animals and which are exploiting them. The lengths people go to in order to obtain money or status from animals or their parts.

Tiger King is full of animal abuse, and it’s not easy to watch. I didn’t watch it and *enjoy* it, which I believe is the case with a lot of people. I couldn’t look away from all these people arguing about who was doing the better job of keeping these wild exotic (and in many cases, endangered) animals in cages. And I was horrified.

Along those lines, I’ve found myself diving into books following characters trying to better the lives of animals or themselves, whether or not they actually succeed. I’ve chosen these specific books like Tiger King for their similarities to discussions of animals in captivity and the morality surrounding that. Some have characters totally opposite to the people in Tiger King, trying to do their best to actually provide help, and some are eerily close in that there aren’t really any good characters or people in the content, but you will not be able to stop reading. Still others are just downright weird (in a fun way).

I’ll flag each as best I can for all warnings, but please take caution and do additional research if you need. You can also donate to or support an actual nonprofit that truly works to preserve wildlife (hint: it’s none of those parks in Tiger King). Here are eight books like Tiger King that will keep your eyes glued to the page until you’re done. 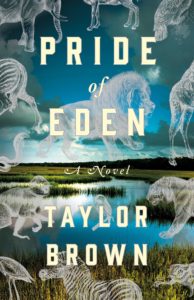 Pride of Eden by Taylor Brown

Anse Caulfield is a veteran, a retired jockey, and now, works with exotic big cats, elephants, and other wildlife animals for Little Eden, a wildlife park in Georgia. When Anse’s most beloved lion escapes and is killed, his fury turns to obsession as he tries to replace her, and he’ll do whatever it takes to “rescue” a new lion. He and his team believe they are rescuing the animals, grabbing them from others who mistreat them, but how do they really know what is best for the animals? CW: gruesome animal abuse 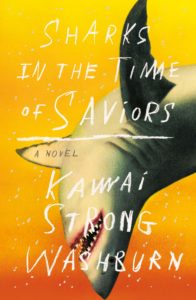 Nainoa Flores is 7 years old when, on a family vacation in Hawaii, he falls overboard into a shiver of sharks. But when he is gently delivered back to his mother in the jaws of the shark, his life changes for good. His family sees this as a sign from the ancient Hawaiian gods, but soon it seems like it’s tearing the family apart. CW: shark attack 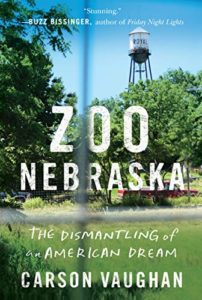 Zoo Nebraska: The Dismantling of an American Dream by Carson Vaughan

If you were super into the confusing politics and power struggles in Tiger King, this nonfiction account of a privately owned zoo in Nebraska is for you! Dick Haskin had a dream to save primates, but as the tourist trade boomed and exotic animals became increasingly popular, this small zoo turned into a wild and weird power grab between some not-great people. CW: discussion of mistreatment of animals 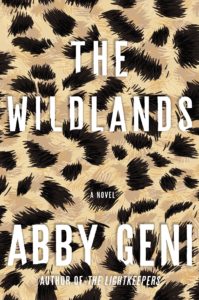 The McCloud family was torn apart by a tornado that destroyed their Oklahoma home. Siblings Darlene, Jane, Cora, and Tucker were orphaned, and they made national news. After the sudden fame, Tucker abandoned his sisters, never to be heard from again. But three years later, an animal factory bombing triggers a series of events that suddenly causes Tucker to reappear in the McCloud sisters’ lives, and he seeks out the friendship and help of his youngest sister, 9-year-old Cora. While Cora becomes an inadvertent road trip sidekick and accomplice, Darlene and Jane work with police to track down their missing sister. The family will have to confront their issues with the world and one another to survive the storm that tore them apart in the first place. 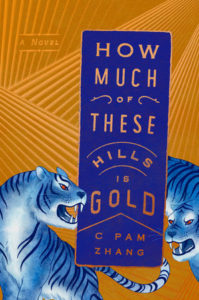 How Much of These Hills Is Gold? by C Pam Zhang

Newly orphaned siblings Lucy and Sam are suddenly fending for themselves amid the American gold rush. The children of immigrants, they already face insurmountable challenges in a town that hates them. They quickly flee their mining town, setting off to bury their father. Along the way, they encounter animals of all kinds and a disparate landscape as they try to lay their past to rest. CW: gun violence, racism and racist language, animal abuse 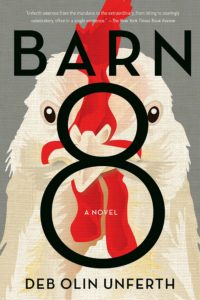 Auditors for the U.S. egg industry are tired of mass producers getting away with the cruel conditions they keep their animals in. Instead of filling out more paperwork, they decide to hatch (heh) a plot to steal a million chickens in the middle of the night—an entire farm’s animals. They enlist the help of animal rights pros, and this weird and enlightening journey for the characters will have you rooting for the most unexpected heroes. CW: short descriptions of animal cruelty, animal deaths (non-personified chickens and hens) 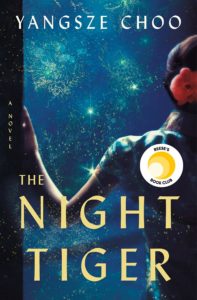 Ren is a simple orphan houseboy, but when his master is on his deathbed, he makes one final request: he wants Ren to find his severed finger and reunite it with his body so he can be laid to rest. Ren has 49 days, or his soul will roam the earth forever. When Ren’s story collides with that of Ji Lin, a dancehall girl who had a strange encounter with a dance partner, and a prowling tiger that is loose in the town, they realize they are the only ones who can stop this. CW: domestic abuse 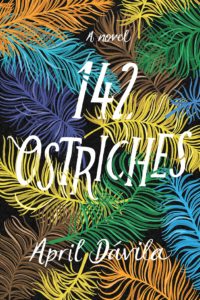 Tallulah’s grandmother runs the family ostrich farm in the Mojave Desert when she’s just a kid. Finally, as an adult, Tallulah accepts a job in Montana and prepares to bid the farm farewell. But her grandmother dies in a strange accident, Tallulah suddenly finds herself in charge of the farm, and the birds mysteriously stop laying eggs. Tallulah tries to sell the ranch, hiding to prospective buyers that the birds inexplicably are no longer laying eggs, and when the extended family shows up, all hell breaks loose. CW: alcoholism, domestic abuse