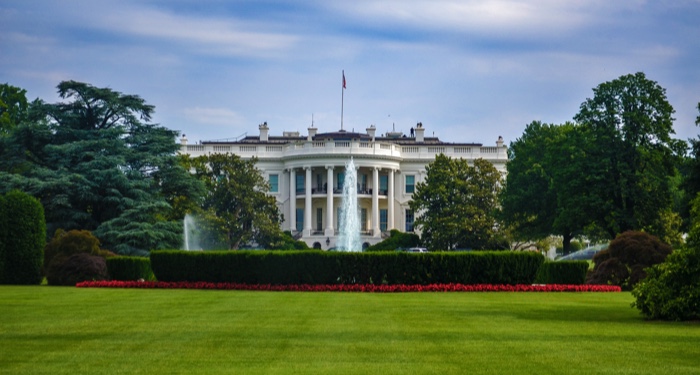 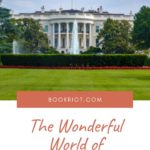 I thought it would be nice to dive into U.S. history by looking into our long overlooked presidential poets. When we think of our presidents and literature, we often think of Ulysses S. Grant’s autobiography, Theodore Roosevelt’s many histories or more recently, Barack Obama’s Dreams of My Father. What’s less well-known is the wonderful history of presidential poetry.

Did you know that Abraham Lincoln wrote poems throughout his life, including one to commemorate the victory at Gettysburg? Or that Jimmy Carter published Always a Reckoning, and Other Poems with illustrations by his granddaughter, Sarah Elizabeth Chuldenko? Or that John Tyler wrote poetry when he resigned from the Senate? What delightful discoveries! 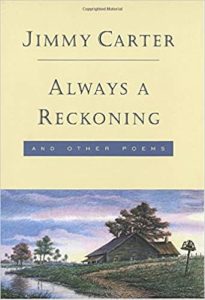 The History of Presidential Poetry

I had the chance to talk with Lina Mann, White House Historian at the White House Historical Association, about the  history of presidential poets. When I asked about why we don’t think of presidents as poets in the same way as we think of them as historians and memoirists, she said, “I think that it’s [easier] for a president to produce great writings on politics, or as Grant did, an extensive biography of his life. I think those things are expected from a president. I don’t necessarily think that people automatically think of poetry.”

That resonates particularly with me. I don’t typically think of presidents’ creativity. While not specific to the written word,  George W. Bush’s paintings got a mixed review in the press and public. Sadly, this perception might go back to our larger views on art and literature, that they viewed as less serious pursuits, or even frivolous. History, politics, and other nonfiction areas seem more appropriate for these serious men.

“These are men who have expressed themselves in big ways, obviously, with a large platform and large audience,” said Mann. “There are a lot of presidents that while may not have published their poetry, they did write poetry themselves.” Mann points out that often poetry is found in the presidential documents,  after the fact.

It was really interesting to see how Obama and Washington wrote poetry in their youths in contrast with Thomas Jefferson who wrote poetry later in life, including a poem only two days before his death.

John Quincy Adams is one of the standouts of the presidential poets. While many presidents didn’t have their poetry published, Adams did. Moreover, Mann notes that he “had really incredible command of the English language” and kept a diary. In many ways, I couldn’t help thinking of that line from Hamilton: “Why do you write like you are running out of time?” with JQA.

I also found it fascinating that JQA was self-aware about his poetry and wished he could be better: “Could I have chosen my own genius and condition, I would have made myself a great poet.” That’s some incredible self-awareness and maybe some imposter syndrome. Maybe in addition to our stories about Neil Gaiman and Neil Armstrong, we can add JQA’s thoughts.

One lovely anecdote that Mann told me was about Lincoln and his affinity for Macbeth. While it’s not his own work, Lincoln loved the play and would quote it periodically. Notably, after he learned of the death toll from the Battle of the Wilderness in 1864, Lincoln recited lines from the play to a reporter who ended up writing about it. A sad moment for the country needed to be expressed by Shakespearean tragedy.

When I asked her what these poems teach us about presidents and history, Mann said, “I think it’s just another layer discovering what is beneath the surface. Usually the American public sees somebody as a leader of a nation or political figure rather than a person or as potentially as an artist. I think looking at presidential papers in general, and also  little bits of their writings—how they are expressing themselves creatively—[it] helps to peel back their layers further, helps look deeper into what Abraham and John Tyler are like underneath the political ideas.”

Also, while working on this post, I was surprised to find that John F. Kennedy, Bill Clinton, and Barack Obama had poets read at their inaugurations. For some reason, I thought there would be a lot more. Poets.org has the list of poets who read at their inaugurations, including the poems they read. I heartily advocate that we eventually have more poetry in public events.

The Library of Congress has put together a delightful list of presidential poets while University of Michigan has JQA’s full text, which I urge you to check out.