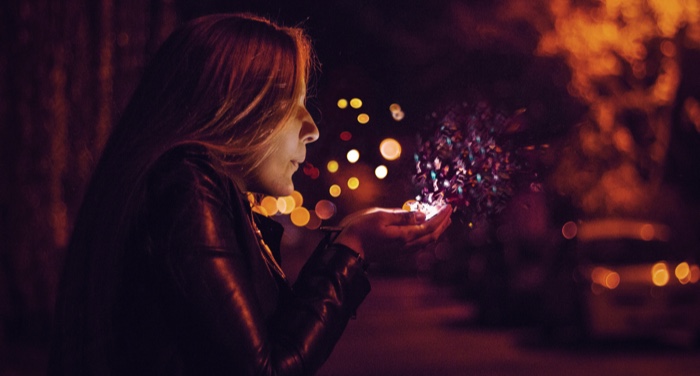 Modern fantasy has really come into its own as a sub-genre in the last five years or so, and I am here for it. When fantasy first started moving down from on ye olde medieval mountains and into worlds not unlike our own, the boundary lines were pretty rigid: the novel had to take place within (or in close proximity to) a city and the through plot had to be focused on either official or unofficial law enforcement hunting supernatural creatures or on some sort of paranormal romance. One could combine the two if one wished and one often did so wish. There were, of course, exceptions but, generally speaking, that’s what we got. And it was good. It was great. I still partake of the OG narratives on the regular.

I’m also thrilled to see more diverse stories with a wider range of character not only testing but pushing, and sometimes full-on decimating, the boundaries of what I’m going to call modern, rather than urban, fantasy. Not only because the geography has shifted (a good chunk does still take place in cities, though we’re also exploring underground bunkers, trailer parks, underwater havens, and rural prep schools) but because the plot lines and protagonists have diversified, the kinds of magic we’re privileged to explore are different than those presented in the limited scope of fantasy past, and because so many more of us get to see ourselves in the pages of genre fictions.

As always, I have some suggestions for test subjects (I’m 100% sure you’re wearing your shocked face): 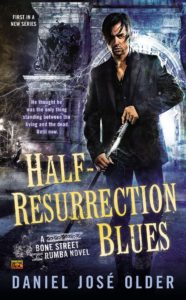 Oh, you’ve heard me talk about this series before? Probably. I’m rather shouty about it. I’m going to continue being shouty about it because it is freakin’ magical and I don’t think it’s nearly as popular as it ought to be.

Carlos Delacruz isn’t quite dead yet, though he’s close enough to have lost any memory of whatever it was that almost killed him and his life before he almost died. And because he straddles the boundary, because he can touch both sides of the veil, he’s the perfect person to act as liaison between the New York Council of the Dead and any magical trouble on the mortal plane. As you.  might imagine, there’s a lot of trouble. Sorcerers trying to open an Entrada, underground cults, and the secrets of the Council itself.

While so many of the characters in Older’s stories travel between worlds, fade between substance and shade, Older’s New York is solid and substantial and defined. The contrast would make for really gorgeous art with the setting as anchor and the figures moving through in improbable, even impossible, ways.

White Trash Warlock is scheduled to release in October but you should go preorder it now because, trust me, you’re going to want to read it. Slayton’s book gathers up pretty much every modern fantasy trope, turns them upside down, and shakes them. What falls out is a hero who manages to avoid any whiff of a chosen one narrative, who wants nothing more than what most of us want: to leave the world a little better than the way we found it despite the mountain of crap he hauls around with him. The elves who show up would have Tolkien rolling in his grave, which is my highest endorsement, and the LGBTQIA+ rep is all around outstanding.

I’d want either an artist who enjoys playing with a few different styles or a collaborative effort between a few different artists on this graphic novel because our protagonist Adam does shift realms several times over the course of the novel. In my head, the human realm looks like…well, the human realm while the elves exist in a grayscale paradise accentuated with metallics, mostly gold and silver but maybe bit of crimson or blue or royal purple here and there. And the place where the eldritch horror hovers? That gets rich, deep purples and blues and red-browns; think the tones of human muscles and organs and viscera and old blood. Gross, right? Also see: awesome. 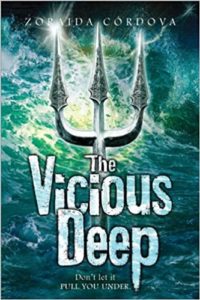 He is the very model of a modern mysterious merman. Except Tristan doesn’t know he’s a merman. Well, half merman. Merprince. Who’s hypothetically next in line for the throne. The merthrone (this is almost as fun as Batstuff). Because the sins of the mothers carry over to the next generation, however, and because Tristan’s grandfather the King has a very long memory, Tristan is forced to compete with the denizens of other nobles houses for his place. Noble denizens who have been training for just such a battle, and prepped for just such an opportunity, their entire lives. And that’s without the evil sorceress who’s out to get him.

If Tristan fails, he loses not only the crown to the sea, but his friends, the girl he loves, and possibly the entire city of New York. But he can’t deny that part of him belongs to his mother’s people and the ocean. Can he reconcile the two? Effect a truce? Or is he going to have to choose? Cordova talks about The Vicious Deep as her flipped Little Mermaid and I’m here for it in any form.

Maybe it’s MerMay and all the wonderful art I’m seeing cross by timeline that brought The Vicious Deep to mind as a graphic novel candidate. So many styles and color palettes to choose from, I don’t know if I can pick a single artist to execute the fishboi vision…

So many possibilities. So few publishers. Someone get on this! And get me pictures of that giant pulsating heart over Denver!