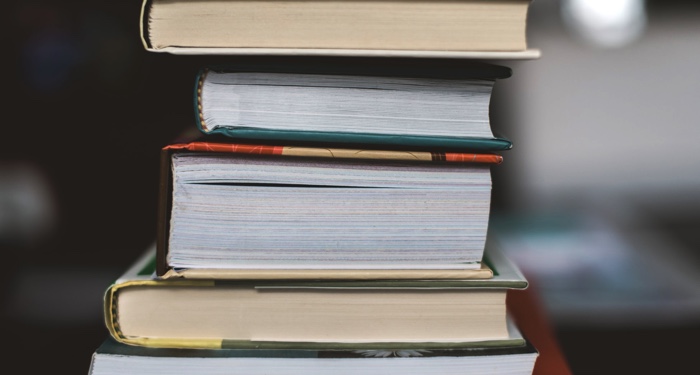 The Best Translated Book Award 2020 shortlists for both the fiction and poetry awards have been announced at The Millions. Founded in 2007, the Best Translated Book Award brings attention to the best works of translated literature published in the previous year. The winning author and translator each receive a cash prize for both the fiction and poetry award; over $140,000 has been given to international authors and their translators through the award over the years.

If you’ve never heard of the Best Translated Book Award before, let me introduce you to one of the most interesting and diverse book awards out there! This year alone the longlists feature authors writing in 18 languages, from 20 different countries. I’ve always thought of the longlist as a phenomenal discovery tool—over the years that I’ve followed the award, it’s introduced me to some amazing authors, translators, and independent presses—so I’ve included the whole longlist here but highlighted the finalists on the shortlist.

I was thrilled to be asked to come back and be on this year’s fiction jury and am even more excited to share these incredible books, chosen from the more than 400 eligible titles.

Congratulations to the 2020 @BTBA_ fiction and poetry finalists! This year's list includes Animalia (@GroveAtlantic) by Jean-Baptiste Del Amo and translated by @Terribleman, and EEG by Daša Drndić and translated by Celia Hawkesworth (@NewDirections).https://t.co/RMbBJyfZ7X

The Wind that Lays Waste by Selva Almada, translated from the Spanish by Chris Andrews (Argentina, Graywolf)

The Book of Collateral Damage by Sinan Antoon, translated from the Arabic by Jonathan Wright (Iraq, Yale University Press)

Die, My Love by Ariana Harwicz, translated from the Spanish by Sara Moses and Carolina Orloff (Argentina, Charco Press)

Will and Testament by Vigdis Hjorth, translated from the Norwegian by Charlotte Barslund (Norway, Verso)

Good Will Come From the Sea by Christos Ikonomou, translated from the Greek by Karen Emmerich (Greece, Archipelago Books)

Tentacle by Rita Indiana, translated from the Spanish by Achy Obejas (Dominican Republic, And Other Stories)

Death Is Hard Work by Khaled Khalifa, translated from the Arabic by Leri Price (Syria, Farrar, Straus and Giroux)

The Boy by Marcus Malte, translated from the French by Emma Ramadan and Tom Roberge (France, Restless Books)

The Cheffe: A Cook’s Novel by Marie NDiaye, translated from the French by Jordon Stump (France, Knopf)

The Memory Police by Yoko Ogawa, translated from the Japanese by Stephen Snyder (Japan, Pantheon

Beyond Babylon by Igiaba Scego, translated from the Italian by Aaron Robertson (Italy, Two Lines Press)

Labyrinth by Burhan Sönmez, translated from the Turkish by Umit Hussein (Turkey, Other Press)

Drive Your Plow Over the Bones of the Dead by Olga Tokarczuk, translated from the Polish by Antonia Lloyd-Jones (Poland, Riverhead)

Territory of Light by Yuko Tsushima, translated from the Japanese by Geraldine Harcourt (Japan, Farrar, Straus and Giroux)

Next Loves by Stéphane Bouquet, translated from the French by Lindsay Turner (France, Nightboat Books)

The Catalan Poems by Pere Gimferrer, translated from the Catalan by Adrian Nathan West (Spain, Carcanet)

Tell Me, Kenyalang by Kulleh Grasi, translated from the Malay and Iban by Pauline Fan (Malaysia, Circumference Books)

For more information, follow the award on Twitter and keep an eye out for the “Why This Book Should Win” series featured on Three Percent that includes blog posts from the judges and incredible guest writers, arguing for their favorite books. The winners for both the fiction and poetry awards will be announced on May 27.

Curious about last year’s award? Check out the winners: