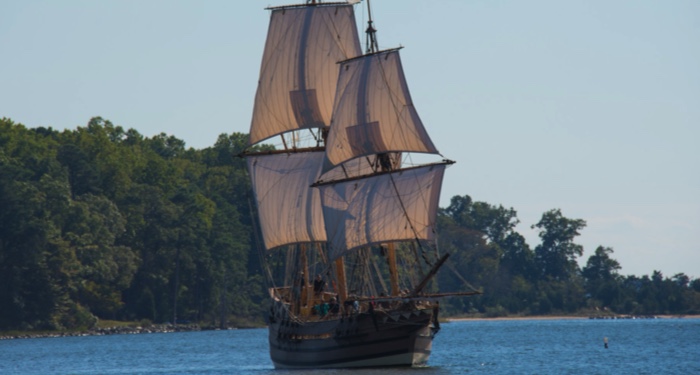 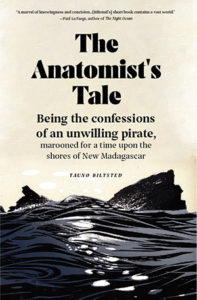 Born into abject poverty in the British Empire, our narrator aspires to a better life as a ship’s surgeon—until a tyrannical captain provokes a mutiny, forcing him into a life of piracy and eventually to a tropical commune of maroons called New Madagascar. Told through a series of confessions to those who visit the narrator during his imprisonment at Marshalsea, The Anatomist's Tale relates one man’s brush with the heady freedom of outlaws—and the price of returning to “civilization.” 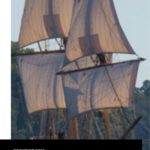 Ahoy, me hearties! These stay-at-home orders have us feeling like landlubbers and we’re jonesing for stories about life back on the high seas. So we asked you for yer favorite books about the pirate life. You gave us fictional tales and nonfiction accounts alike, then we rounded up yer answers. We’re back to share the bookish bounty with all ye Riot scallywags!

After the Flood by Kassandra Montag

The Black Swan by Rafael Sabatini

Heart of a Pirate – Pamela Johnson

The History of Pirates – Angus Konstam

How I Became a Pirate by Melinda Long

Jewish Pirates of the Caribbean by Edward Kritzler

The Liveship Traders by Robin Hobb

Ned the Knitting Pirate by Diana Murray and Leslie Lammle

On Stranger Tides by Tim Powers

The Pirate Cruncher by Jonny Duddle

The Pirate Hunter: The True Story of Captain Kidd by Richard Zacks

Pirates: A New History, from Vikings to Somali Raiders by Peter Lehr

Port Side Pirates by Oscar Seaworthy

The Sweet Trade by Elizabeth Garrett

The Tenth Gift by Jane Johnson

These Rebel Waves by Sara Raasch

The Republic of Pirates by Colin Woodard

The Vampirates series by Justin Somper

The Wild Irish: A Novel of Elizabeth I and the Pirate O’Malley by Robin Maxwell