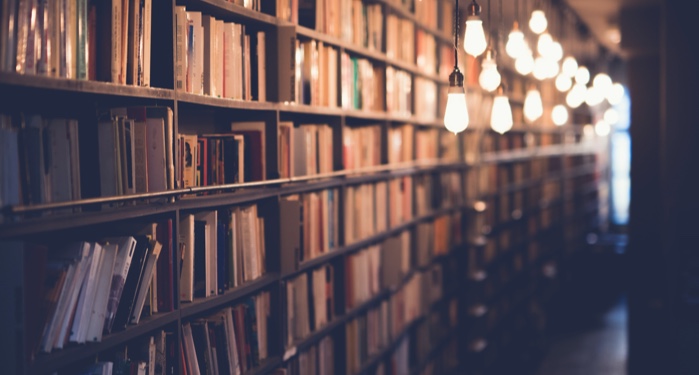 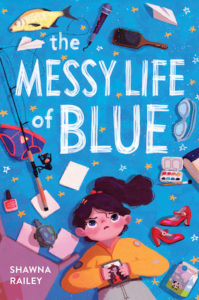 Eleven-year-old Beulah “Blue” Warren spends every waking moment surrounded by boys: her three brothers, her father, her best friend, even the family dog, but that’s never stopped her from being her usual rambunctious self. Grappling with the loss of her mother, Blue is determined to do what she wants without fear of consequences. But everything changes on the day she explores the attic and finds her mother’s death certificate. Blue will need to muster all the strength she has to deal with the truth, find forgiveness, trust in her father, and grieve for her mother once and for all. 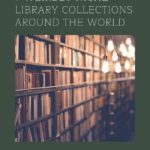 One of the most thrilling experiences to me is to learn of a whole new niche in literature, some genre I never knew existed. It’s like the back of the bookshelf opens into a Narnia of experts in a world that I didn’t know I didn’t know about. Most of the time, that happens in bookstores or libraries. I mean, is there anything more thrilling than sifting through digitized microfilm in a private library and squealing aloud into the silence when you find an ad for over-the-counter strychnine as a medicine for stomachaches right next to the “true confession” of America’s first female serial killer? Maybe. Have you ever walked into the corner of a library to find a shelf of authors as obsessed with the Caribbean immigration to Harlem during Prohibition? Man. That’s it. Peak experience, right there. Granted, not necessarily those topics in particular, but finding your tribe in books…that. There are few things more exhilarating.

For that reason, I’m compiling this list of eight weirdly specific libraries and collections from around the world. The buildings themselves are not necessarily weird, but their content goes into the deeply specific terrain that might otherwise go unnoticed. And, granted, I use “weird” as a term of endearment, not a pejorative, who-would-ever-be-interested-in-that adjective: ten times out of nine, I would be interested in that, just because it’s different. Plus, we’re all looking for ways to occupy our minds right now, and what better way to do so than learning about niche interests? So with no further ado, let’s get weird.

Fred “Fab 5 Freddy” Brathwaite, host of Yo! MTV Raps, knew something amazing was happening. His documentation, ephemera, records, VHS, and everything else is now on display at New York Public Library’s Schomburg Center for Research in Black Culture in Harlem—which, if you haven’t been yet, hosts so many other amazing parts of history as well. And in case you were wondering…Fab 5 Freddy had over 120 boxes of materials.

The story of this library is truly amazing to me. Though the YUNG YiDiSH library  had been established 13 years before, the Tel Aviv branch bloomed on the fifth floor of a luxury bus station turned artistic compound. It’s the largest non-circulating collection of book written in Yiddish, collected by donation and aimed at reviving a suppressed language. Its founder’s story is also an amazing read, so be sure to learn about him, as well!

This institute inside the Library of London is the largest dedicated to Renaissance studies. According to the article linked above in the New Yorker, “It is a vast and expensive institution, devoted to a system of ideas that, however fascinating, are also in some dated ways faddish, and in some small ways foolish.” To his point, the Warburg Library includes topics such as symbology, historiography, and a long line of astrological texts, too. While we might not put stock in their content as factual now, their contemporary readers sure did, and that’s definitely worth learning about.

4. Centuries of Persian Manuscripts at the Library of Congress

This collection of Persian or Iranian manuscripts includes an illuminated text of Shahnameh, the Persian epic poem; documents of the emperor who oversaw construction of the Taj Mahal; and manuscripts on religion, philosophy, and science. And now, this archive appears online for the first time through the Library of Congress. You don’t even have to leave your house to access this cosmopolitan history!

5. The World’s Only Sourdough Library

On a lighter note, check out this library of sourdough starters. Step inside Karl De Smedt’s collection of over 100 starters. According to Atlas Obscura, “his institute aims to preserve the biodiversity of and histories behind sourdoughs from around the world.” You can read more about the library (located in St. Vith, Belgium), here. Though it’s not open to the public, Smedt is happy to give tours.

Technically, Samandal is “a comic collective that publishes an eclectic zine in various shapes and sizes, and has incubated a new movement of young Lebanese artists and graphic talent,” but I’m including it in this list because, as one article says, there’s no place else in Beirut to shelve it. Plus, it’s just so cool to see themes like war, romance, and even everyday life in Lebanon illuminated in illustrations!

7. An  Archive of British Crime in Cambridge University Library

Y’all know me: I need to know everything about crime. This archive in Cambridge University Library details crimes in Ely from stealing cheese to murder, and everything in between, for centuries. In case you’re wondering, soon these records will be made available online (September 2020 is the projected date).

In fact, so many of these archives are also in the process of being digitized so that you can observe them without putting yourself or others at risk, so be sure to check out the libraries’ websites. And, if you can find the information you need from the site itself, lots of librarians are working remote and are happy to help you peruse virtually, so don’t dismay!