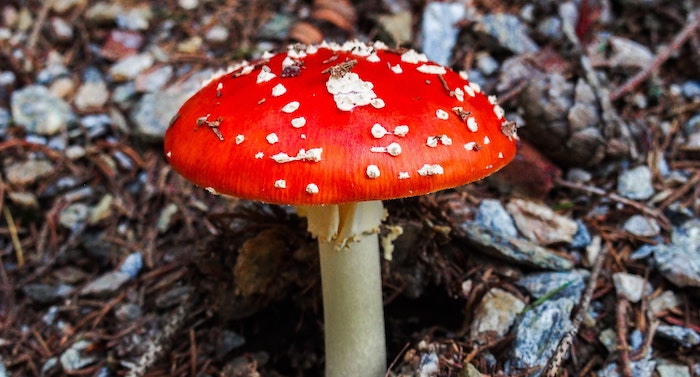 As a lifelong murder mystery enthusiast, I know that I have strange tastes. I have strong opinions about what makes a good mystery and have very high standards for a series. I do read less-than-stellar mysteries sometimes, often as I try out a new series or find a compelling character, which can make me overlook the mediocre mystery.

But one thing I have long held is that poison is the best murder weapon in murder mysteries. 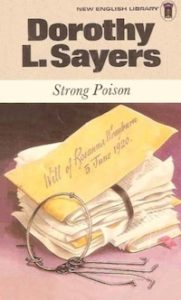 I’ve always been a fan of the Queens of the Golden Age, notably Agatha Christie and Dorothy L. Sayers, who often use poison in spectacular ways (see Sayers’s Strong Poison and Christie’s Sparkling Cyanide).  I even own a teacup that says “You’ve been poisoned” at the bottom of it with a saucer that says “Goodbye.” And then there was the poison book that I picked up in high school that was meant to help would-be murder mystery writers be more careful in their selections.

While murder mystery writers have many weapons in their fictional arsenal, I think that poison offers some distinct advantages in murder mystery plots. Ultimately,  I think it makes for better murder mysteries, which is what I know I want more of. 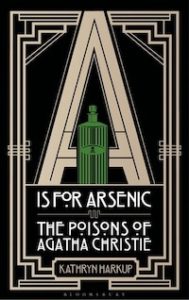 If the author is worth their salt, they’ll take the time to make sure they have the right poison for the job. Different poisons cause different symptoms and time frames for death. I recently read Kathryn Harkup’s A is for Arsenic, which explores Agatha Christie’s use of poison in her mysteries. It’s a fascinating read, especially when you learn about Christie’s own backstory as a nurse and an apothecary’s assistant that helped fuel her own knowledge of poisons. Christie even helped prevent a pharmacist from accidentally poisoning someone over a decimal point error!

But what I liked most about the book was how it broke down Christie’s use of 14 poisons, most of them real poisons, in terms of their sources, physiological effects, and even antidotes. Part of Christie’s genius, Harkup argues, was her ability to select the right poison for the job, based on her knowledge. Also the book really hammered home the fact that many antidotes to poisons are poisons in themselves…

Generally, it is easier to determine if a murder victim was stabbed, strangled, or shot to death. But poison requires a bit more legwork since the authorities have to determine if the person died from a medical condition or otherwise. The type of poison also has to be figured out. But once poison is ruled as the culprit, many detectives have to figure out exactly how the poison was administered, whether it’s from a shared decanter of sherry, a clarinet reed, or a cup of tea (all methods I’ve encountered over the years). Not only do the characters have to figure out how the poison was consumed, they have to account for why other people were not impacted or else why they did not die. Poison is a sneakier method of murder.

Moreover, there’s the issue of figuring out how to get poisons. In prior centuries, poisons were much more easily purchased; many had common medicinal purposes, hence Christie’s expertise. But poisons can be acquired from all sorts of places outside of pharmacies so that makes the challenge even harder for the detective to the delight of murder mystery enthusiasts.

Poison Tends to be Less Messy Than Other Methods 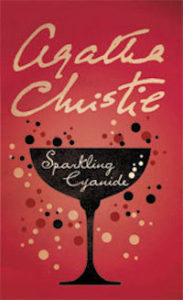 While some symptoms of poison can result in the expelling of certain bodily fluids, there’s not going to be the gore that you find with stabbings, brutal beatings, and gunshot wounds. Frankly, there’s going to be less blood. I’m not saying the results of a poisoning will be pretty, but gruesome descriptions of wounds and lacerations of the victims are unlikely. While murder mystery enthusiasts read a lot about murder, it doesn’t necessarily mean that we want in depth descriptions of a blood bath.

So those are my thoughts on the murder weapons in the wide world of murder mysteries. I’m interested to hear what other people think about the best murder weapon to make the best mysteries.  For folks who want more Agatha Christie, check out this list of Christie books. Here’s a list of recent mysteries to check out as well.