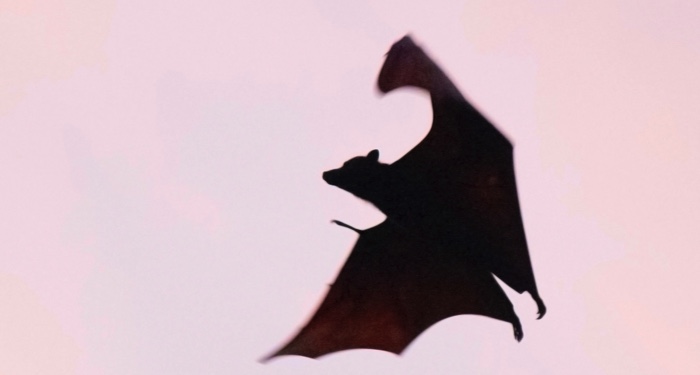 A few weeks ago, inspired by Doctor Sam Hirst’s online lecture series #RomancingtheGothic, I wrote a post about gothic novels I thought would make exceptional graphic novels. This past Saturday we delved into a topic that has permeated nearly facet of pop culture in ways sexy, hilarious, perfidious, and terrifying: vampires.

For the purposes of the lecture, we focused on the development of vampire lore from the medieval through gothic periods, ending with the vampire as Byronic hero (Dr. Hirst’s areas of expertise). The lecture got me thinking, however, about how cool a comics anthology following the progression of vampire lore from the ancient world to the most modern takes would be. All of that history, all of those stories, bound together in a single volume; not only the words humans have written and spoken about the children of the night over the millennia, but the various images our imaginations have conjured of them as well.

If this were my project—and who knows, maybe it will be someday—I think I’d collect all the stories I could find and then have own voices historians and writers come in to choose the most important and impactful from each era. Own voices translators to make sure the language, literal, implied, unspoken, nuanced, are all captured. Art historians and artists from the nations and cultures being represented to collaborate with comic artists to create visual accompaniments that capture the true spirit of each tale.

A massive undertaking for sure and proof, if you’re still looking for it, that comics are real books.

Below are three contributions I’d recommend, because even having read/watched pretty widely on the subject of vampires, I’m well aware I’ve only surveyed a fraction of the lore. These are stories from my background and my framework. I’m not qualified to tell yours and I wouldn’t presume to (see above). 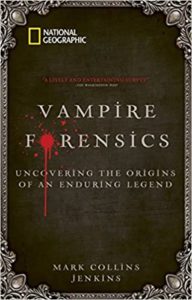 Lilith may originally have gotten her name from the Sumerian word lil (wind) which also referred to any of a number of spirits that blew out of the desert wastes. According to Mark Collins Jenkins’s Vampire Forensics: Uncovering the Origins of an Enduring Legend (National Geographic), the mythological figure Lilith found temporary redemption (at least within the Judeo-Christian framework) in her marriage to Adam but was banished once more to the sandy backwater when she insisted upon being treated as his equal rather than his workhorse (interesting considering Eve’s inferior status in canon is based on a mistranslation; she was not created from Adam’s rib, but rather from his side. As in half of is body. An equal half). Once she was cast out, Lilith’s name became conflated with the Aramaic/Hebrew word for “night” and her confident, smart, take-no-shit self morphed into a “hairy, night-flying monster…the female sexual predator.” I wonder who was behind that?

Category ID: 1074
Category ID: 13095
The Fright Stuff Newsletter
The latest and greatest from the world of horror
Thank you for signing up! Keep an eye on your inbox.
By signing up you agree to our terms of use

I’d love for the art paired with this story to reflect the carvings common to ancient stelae and altars. Haruichi Furudate, best known for Haikyū!! and the webcomic adaptation of Claudia Gray’s Leia: Princess of Alderaan, would do a phenomenal job.

Wake Not the Dead by Ernst Raupach

A gothic story of German origin, Wake Not the Dead was long (and incorrectly) attributed to Johann Ludwig Tieck. In it Walter, a lord of Burgundy, is distraught when his first wife, Brunhilda, with whom he shared “reckless…frenzied passion…”died, leaving him inconsolable for, like, five whole minutes before Swanhilda came traipsing along and caught his fancy. Being less…er…”turbulent,” than her predecessor, Walter grew bored of Swanhilda once she pumped out an heir and a spare and found himself pining, once more, for Brunhilda. During one of said nocturnal graveside pining sessions, Walter met a sorcerer who was most certainly not doing anything shady in a graveyard in the middle of the night. The sorcerer explains there’s a way to raise Brunhilda but cautions Walter against doing the thing. Walter does the thing, which involves, among other steps, pouring blood out of a human skill (also assuredly not shady). Brunhilda hops out of her grave, Walter takes her back to the castle, Swanhilda is out, Brunhilda is in, and people start dropping dead. It isn’t until Brundhilda sucks the life out of Walter’s children he finally realizes she’s been bleeding everyone dry. He does a j’accuse, she points out he’s the one who couldn’t leave well enough alone, and Walter spends the rest of his life trying to make sure Brunhilda stays in her grave while the sorcerer has a good laugh.

While this is most definitely a gothic story, the sensibility and language are so very baroque I want Brunhilda dressed in all sorts of lace and satin with an enormous wig on her head and the castle to be some sort of carved and marbled fantasy land with red velvet drapes and all kinds of gilding. It’s 100% anachronism but the drama simply begs for it. Leila del Duca captures that drama and flare in the set dressings for Sleepless but Wake Not the Dead needs CJ Ward’s colors and ethereal layering to hit that perfect pitch.

Okay, hear me out. What We Do In the Shadows is a rare combination of parody and commentary that combine to distill a thing into the perfect version of itself. In this particular case, the “thing” is a representation of a modern vampire. They’ve been evil spirits, sexual predators, murderers, bogeymen, sparkly boyfriends, hybrid daywalkers who hunt their own kind, symbols of sin, symbols of sexual freedom, scapegoats, heroes, villains, and legends. Now, like the rest of us, they just want to live. Find a place, settle down, enjoy the company of friends and significant others. Get a decent meal, go out once in a while. A little drama here and there to keep things interesting, turn into a bat for a few hours, no harm, no foul, no werewolves, no swear wolves.

While the movie definitely has moments of pathos, it is for the most part, an odd and/but delightful romp. When I think of odd/delightful comics, I think of Gurihiru (The Unstoppable Wasp). This amazing team took Nadia from fight night through her first manic episode to the love and support of her found family with such gentleness and strength, and they’re the perfect artists to follow our bizarrely well-intentioned vampires through the trials and tribulations of the modern world.

Well, now that I’ve written this all up, I kind of want to put it together. Or, ideally, have someone else do all the work and then have the satisfaction of reading it. Thanks again to Dr. Hirst for setting the brain wheels in motion. Can’t wait to see where they roll next.