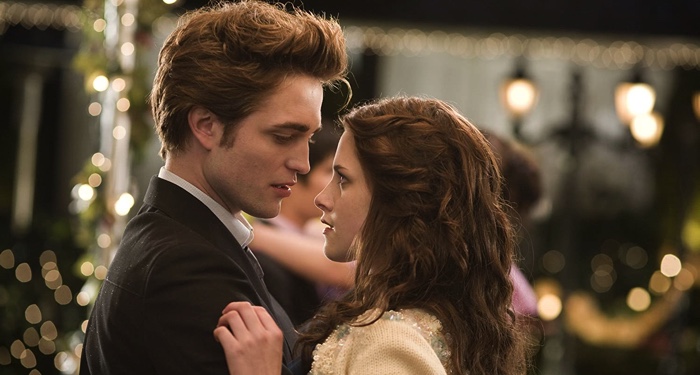 It’s the year of the vampire, with YA vampire books coming back into fashion once again. In the style of Suzanne Collins who announced a prequel to her mega-bestselling Hunger Games series called A Ballad of Songbirds and Snakes (May 19), Stephenie Meyer has announced the release of a book in her huge Twilight series: Midnight Sun. 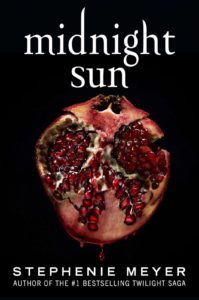 Hitting shelves August 4, Midnight Sun is Edward’s side of the story. The book promises to take the story somewhere entirely new, as well as somewhere a little bit darker. This isn’t entirely surprising, given that Edward is, indeed, a vampire and likely sees his relationship with Bella a little bit differently.

This isn’t the first appearance of Midnight Sun, though. Back in the late 00s at the height of the Twilight fandom, Meyer hinted at the possibility of the book being released. But following the leak of a number of chapters of the book, she decided she wouldn’t proceed, shelving the book’s release.

Meyer did not believe the leak was meant to do harm or done out of any ill-intent.

In a 2008 interview with Entertainment Weekly, Meyer noted that because of the leaked chapters, she didn’t feel she was able to write the story as she wished. She hinted at the real possibility of the book reemerging once the conversation shifted away from it.

“It’s really complicated, because everyone now is in the driver’s seat, where they can make judgment calls. ‘Well, I think this should happen, I think she should do this.’ I do not feel alone with the manuscript. And I cannot write when I don’t feel alone. So my goal is to go for, like, I don’t know, two years without ever hearing the words Midnight Sun. And once I’m pretty sure that everyone’s forgotten about it, I think I’ll be able to get to the place where I’m alone with it again. Then I’ll be able to sneak in and work on it again,” she said in the interview.

Twilight published 15 years ago in October 2005.

Category ID: 470
Category ID: 480
Category ID: 468
What’s Up in YA? Newsletter
Sign up for What's Up In YA? to receive all things young adult literature.
Thank you for signing up! Keep an eye on your inbox.
By signing up you agree to our terms of use

To celebrate the book’s 10th anniversary, Meyer published Life and Death, a gender-swapped retelling of the initial novel, packaged with a republication of Twilight itself. It makes perfect sense she’d use the book’s adolescence to release the book many have hoped would see the light of day.

“When Edward Cullen and Bella Swan met in Twilight, an iconic love story was born. But until now, fans have heard only Bella’s side of the story. At last, readers can experience Edward’s version in the long-awaited companion novel, Midnight Sun.

This unforgettable tale as told through Edward’s eyes takes on a new and decidedly dark twist. Meeting Bella is both the most unnerving and intriguing event he has experienced in all his years as a vampire. As we learn more fascinating details about Edward’s past and the complexity of his inner thoughts, we understand why this is the defining struggle of his life. How can he justify following his heart if it means leading Bella into danger?

In Midnight Sun, Stephenie Meyer transports us back to a world that has captivated millions of readers and brings us an epic novel about the profound pleasures and devastating consequences of immortal love.”

Likewise, Meyer has been an advocate for female-led stories, producing and funding the development of projects aimed at female audiences.

In recent years, especially as vampires have come back into style in YA, many readers are finding themselves revisiting Twilight. It’s allowed them to reconsider the power of the series, as well as its lasting effects on the YA industry as a whole. The Twilight series was written for teen readers, and while it found significant fandom in the adult community–including, of course, the publication of Fifty Shades of Grey, a sexually-explicit fan fiction inspired by the series — the book provides ample space for the melodrama and romantic longings many teen readers enjoy (and may relate to).

Midnight Sun allows that to happen again — and it will likely further propel vampire stories to the forefront in YA, this time with more inclusive characters and authors at the helm. Midnight Sun will be a 750,000 first printing, available in all formats.