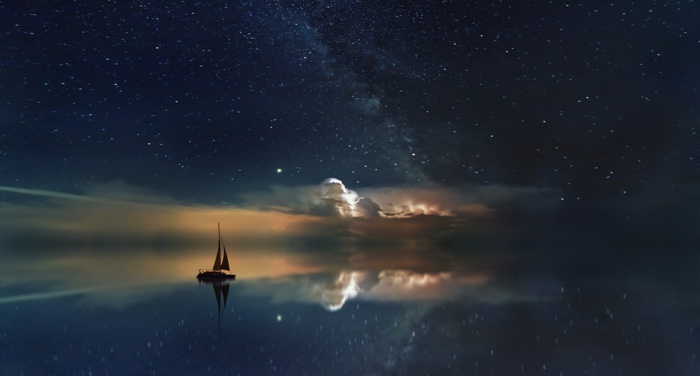 Despite the number of book releases being pushed back due to COVID-19, there are still a fair few being released this spring, many of them novels our fantasy nerd eyeballs have been waiting seemingly forever for. Among the epic crop are a few I think would make notably gorgeous graphic novels. 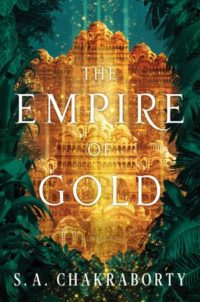 The Empire of Gold by S.A. Chakraborty (June 11)

This third and final entry into the Daevabad Trilogy is a truly epic conclusion to a singular journey across time and space, and if I were going to Eternal Sunshine one book series from my mind so that I could experience it again for the first time, it would be this one.

One of my favorite things about Chakraborty’s writing is how textural it is: her descriptions of surfaces and fabrics, different bodies of water, people’s muscles and skin and hair, the feel of a zulfiqar versus an iron dagger in one’s hand…it gives what is other such a firm grounding you can’t help but wonder if, perhaps, there isn’t at least some reality to the myth. It also begs for an artist to add the extra dimension of sight into the mix, to show us the golden thread of embroidery on silk, the rich amber of the fig wine that has warmed our stomachs, the sheen of the pearls of the Seal ring that has weighed down Ali’s heart and Nahri’s thumb. There is also a sad dearth of graphic novels set in Muslim-based worlds, and that is a travesty which needs to be remedied.

The Angel of the Crows by Katherine Addison (June 23)

Fantasy is often a massive and sweeping project, the plots and characters painted with broad strokes against Everest-height mountain ranges and endless deserts. In her first book, The Goblin Emperor, Addison gave us something else: the minutiae and mechanics of another world, the underpinnings that hold it together and the fault lines along which it can break apart. It was a revelation to many readers that a world so unlike our own could be so familiar and give us so many feels.

I’ll admit right off I’m a sucker for supernatural London stories, especially those which play with Jack the Ripper mythology, and I’m rather excited to see what Addison does with the various aspects she’s drawing together in her new book, The Angel of Crows. The reason I’ve included it here is because Addison has a penchant for weaving detail into incredibly rich tapestries of words that would translate into absolutely magical art. My inner eye is conjuring a contrast of fantasy subject with hyperrealistic style which, like Addison’s writing, sounds at odds in description but in execution, creates something whole and wondrous. 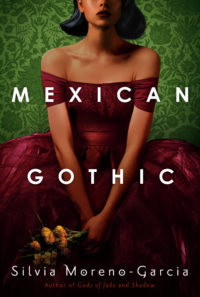 If I were allowed a noun/adjective combination to describe Moreno-Garcia’s Gods of Jade and Shadow it would be “darkly lush”; an unlikely combination, perhaps, but the best stories so often spring from strange bedfellows. Mexican Gothic promises to be equally as compelling with its mysterious cry for help, dangerous men, debutante stranded in the countryside, menacing old house, and dark secrets. The cover has me begging for a graphic novel, preferably illustrated by an artist who can combine the sensibilities of Frida Kahlo and Andrew Wyeth (see, strange bedfellows), with hints and shades of Kazuo Umezi and Kanako Inuki. 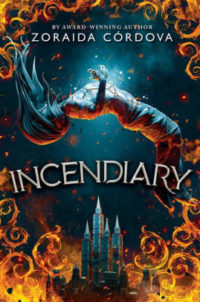 Incendiary by Zoraida Cordova (Out Now)

Incendiary is another book that seems as though it will be a study in contrasts: magic vs. mundane, royal vs. ruled, inquisitor vs. heretic, and rebel vs. status quo. Cordova is incredibly gifted storyteller who leans hard into character-driven narrative (my absolute favorite kind). It works particularly well for graphic novels because, even in the lulls between action-y bits, there’s still narrative action which means there’s plenty of dialogue, body language, and other shenanigans that would find full expression in panels. I also think the contrasting points of view between characters, between systems, between worlds, could make for some interesting hybrid artistic styles executed by either a single artist who enjoys playing with different forms, palettes, and lines or by a collaborative group integrating various styles into cohesive whole.

Thomas’s debut is, unfortunately, among the titles that has been pushed further out to an amorphous “sometime in September” but I’m including it because this is my party and I want it now. A ghost story set during Día de Los Muertos with a trans protagonist, brujería, and a queer love story, I think this book should exist in pretty much every form possible so that it’s accessible to everyone who wants and needs it. Remember: comics and graphic novels open doors, hell, they open whole words, to folx who haven’t had access to what’s beyond for a myriad of reasons. Everyone deserves to see themselves in stories; let’s make that happen.

All the books!  All the graphic novels! If I’m going to be trapped in here, I’m going to need some more books. I mean, don’t we always?