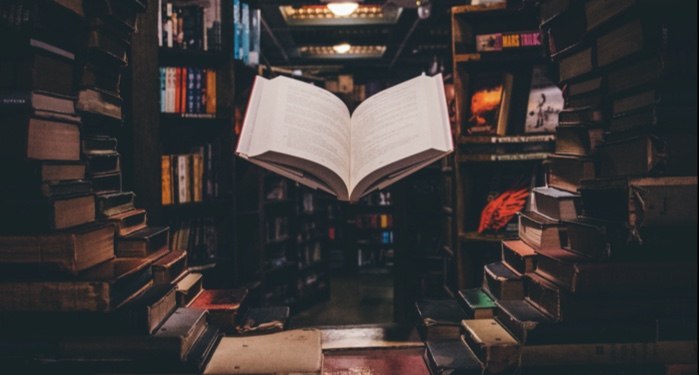 There are so many books we’ll never get to read. That’s mostly because we simply don’t have time, but in some cases, it’s because the books we want to read don’t exist. That’s a shame, because there are plenty of fictional books that we’d love to get our hands on!

From Ernesta Snoop‘s bestselling crime novels to Oolon Coluphid’s trilogy of philosophical blockbusters, from the dastardly Darkhold to Professor Moriarty’s mathematical treatise on asteroid dynamics, the world of fiction is filled with fascinating reading material. My fellow Rioters and I have listed the unattainable tomes we’d most like to read below, along with why they fascinate us so. They’re very white, unfortunately, but tempting nonetheless. Your imaginary to-read list is about to get a whole lot longer!

The Book: Binary by Carol Danvers


Why I Need It: Carol is best known as an Air Force pilot and as the superhero Ms./Captain Marvel. But she also had quite the writing career! After publishing a book about her time at NASA, she was appointed editor of Woman magazine. I’m not much for magazines, but I am all about her other book. Binary is a quasi-fictional account of how Carol saved the universe as the supercharged heroine Binary. A sci-fi epic written by an actual space-faring superhero? Sign me up!
—Eileen Gonzalez 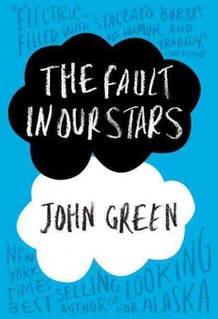 The Book: An Imperial Affliction by Peter Van Houten

It’s From: The Fault in our Stars by John Green


Category ID: 473
Category ID: 476
Check Your Shelf Newsletter
Sign up to receive Check Your Shelf, the Librarian's One-Stop Shop For News, Book Lists, And More.
Thank you for signing up! Keep an eye on your inbox.
By signing up you agree to our terms of use
Why I Need It: It has been years since I have read The Fault in Our Stars, but I am still wondering what An Imperial Affliction is actually about. I know it parallels Hazel’s life, but that’s not enough! I want to read the beautiful writing that Hazel can’t let go of.  I want to read the abrupt ending that is so upsetting. What color is Sisyphus the hamster and what’s his favorite snack? From Hazel’s praises, An Imperial Affliction sounds dream-like. I want to read a beautiful, dreamy book that leaves me with more questions than answers.
—Courtney Rodgers

It’s From: MirrorMask by Neil Gaiman
Why I Need It: Don’t we all want a book that helps guide us on our journeys through life? I want to open a book that gives me sometimes obtuse advice based on the situation I am in. Is the book sentient? I dunno. But I think life would be better if we all had our own Really Useful Books.
—Elisa Shoenberger

The Book: The Hitchhiker’s Guide to the Galaxy by Megadodo Publications

It’s From: The Hitchhiker’s Guide to the Galaxy by Douglas Adams
Why I Need It: I mean who wouldn’t want a repository of all the knowledge in the universe? Especially one as snarky as the Guide so clearly is based on the excerpts we see in Adams’s books. I’d read it, even if it included a sampling of Vogon poetry.
—Rachel Brittain

The Book: Redemption (or any of the books) by Alex Powell


Why I Need It: The fictional author Alex Powell writes mysteries set in NYC and Chicago. Samantha, the protagonist of Dear Mr. Knightley, already adores his books. When she meets the author, she falls in love with him too. She describes his books as “good writing, solid detective/hero, strong cast of characters, and great plots…He gives you enough to keep you riveted but doesn’t wallow in the depravity…And of course, Powell’s hot hero keeps me coming back too.” I’d read, 100% (especially if the character Detective Cole Barker is half as sweet, thoughtful, or into running as Alex Powell).
—Abigail Clarkin 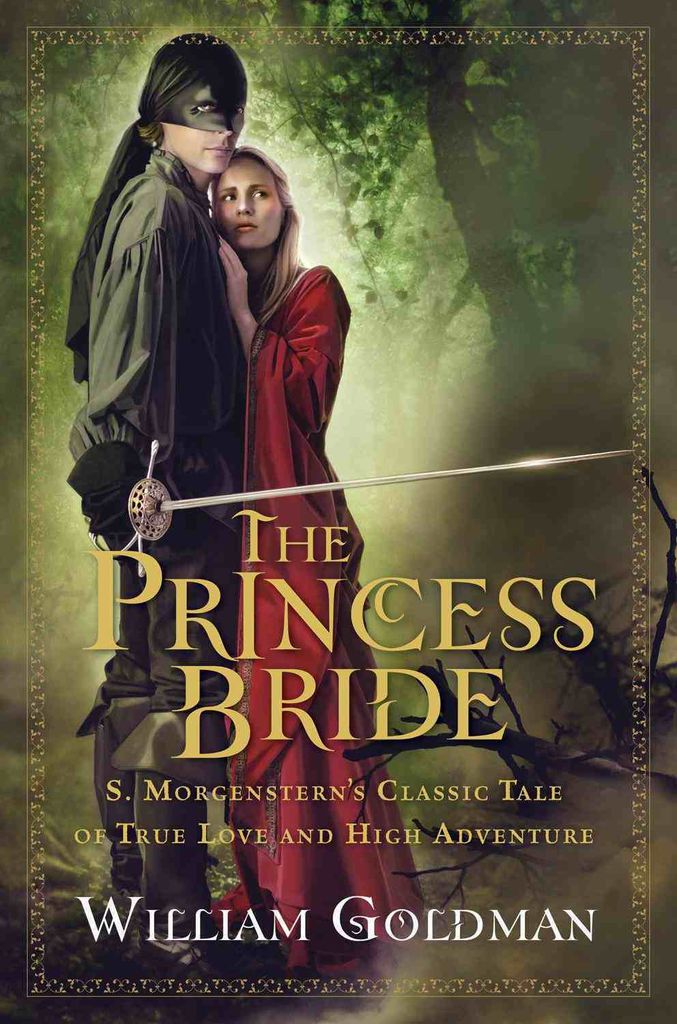 The Book: The Princess Bride by S. Morgenstern

It’s From: The Princess Bride by William Goldman
Why I Need It: Yes, I know that the framing of Goldman’s book says he is abridging a much longer, significantly more boring version of the story that’s actually a political satire about a country that doesn’t really exist. But I’m a completionist, and if there’s more meat to Westley and Buttercup’s story, I want it. Even the boring parts.
—Jessica Plummer

It’s From: Timeless, NBC
Why I Need It: For those that don’t know (yet), Timeless was an amazing time travel show that aired on NBC for an all-too-brief two seasons and a movie. It was timey-wimey, angsty, and had a wonderful Scooby gang made up of a historian, a scientist, and a military man. One of the big driving parts of the action was Lucy’s journal from the future, which makes an appearance in the pilot and is referred to a ton of times throughout the series as the time team hops around American history. We get tiny glances at it and the secrets it holds throughout the episodes and it even references adventures that may have happened in different timelines also known as ultimate fodder for endless fanfics. This is especially meaningful when you’re anxiously waiting for your ship to sail: GARCY-4-life. Like Flynn and all the other characters on this show, I wish I could get my hands on that journal!
—Dana Lee

Since the above list is dominated by white male authors, I’ve put together a slightly more inclusive sub-list. Happy non-reading! 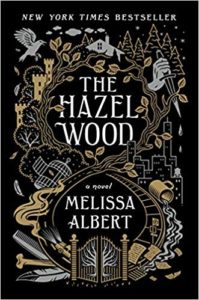 The Book: Tales from the Hinterland by Althea Proserpine

It’s From: The Hazel Wood by Melissa Albert
Why I Need It: Althea Proserpine wrote this book of fairytales to universal acclaim, and why not? Who doesn’t love books about weird creatures and dark, mystical realms? Of course, the book causes no end of problems for Althea’s relatives, who are horrified to learn that the “mythical” Hazel Wood is very real. But that doesn’t make its stories any less fascinating. I should note that Tales from the Hinterland won’t qualify for this list much longer, as it’s slated for real-world release early next year.

The Book: How to Live Safely in a Science Fictional Universe by Charles Yu

It’s From: How to Live Safely in a Science Fictional Universe by Charles Yu
Why I Need It: Protagonist Charles Yu, a time machine mechanic, receives this book from his future self—right after Charles shoots him. Any book that your future self deems significant enough to risk their neck to deliver into your hands is a book worth reading.

The Book: The Transfiguration of the Commonplace by Sandy Stranger

It’s From: The Prime of Miss Jean Brodie by Muriel Spark
Why I Need It: Sandy was once among the prize pupils of Jean Brodie, an unconventional teacher with more than a little bit of creepiness about her. As an adult, Sandy writes this book, which is apparently a very odd volume about psychology, influenced by her time as Miss Brodie’s confidante. After everything Sandy went through as a youth, a window into how her mind works is sure to be an intriguing, possibly tragic one. 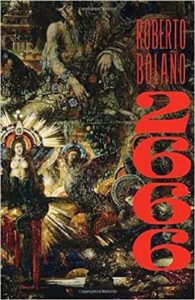 It’s From: 2666 by Roberto Bolaño
Why I Need It: Von Archimboldi is probably a weird dude, but no one knows for sure because no one’s ever met him. Heck, that’s not even his real name. All we know is that he writes a whole lot about everything, from detective stories to retellings of Greek myths to, uh, seaweed. I picked Lethaea, the myth retelling, for this list just because I like Greek myths. But judging by the length of his bibliography, he’s written something to suit just about every taste.

The Book: The Ten Thousand Doors: Being A Comparative Study of Passages, Portals, and Entryways in World Mythology by Yule Ian

It’s From: The Ten Thousand Doors of January by Alix E. Harrow
Why I Need It: January Scaller finds this book during an especially stormy time in her life. It tells of other worlds and the magical Doors that separate them. That’s cool enough, but the book also enables January to escape her dire circumstances and embark on a daring adventure of her own. Now that’s what I call a great read!

What about you? Is there a nonexistent book that you’d love to pluck from the realm of fantasy and peruse for yourself? Let us know on social media!