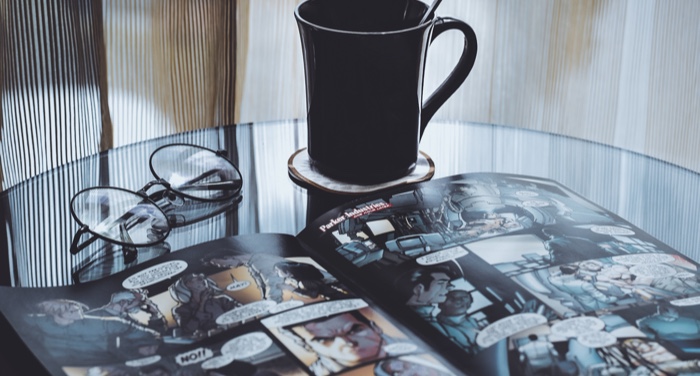 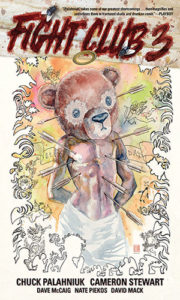 What’s the first rule of fatherhood? Bestselling novelist Chuck Palahniuk returns to Fight Club in this new hardcover, collecting all 12 issues of the 2019 series. A new movement has replaced Project Mayhem, and even Tyler Durden doesn't know how to play by these rules. Marla Singer is about to deliver her second child, and the daddy is Tyler, who's very invested in his heir. 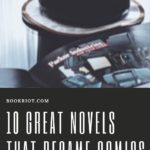 My 5-year-old daughter loves to read. When I tiptoe into her room at night, I often find her body sprawled across up to 25 books of varying sizes.

Still, she’s skeptical of the books that I love to read. She doesn’t understand how I could possibly enjoy books that don’t have pictures in them. She thinks they’re boring. I tell her that, one day, rather than agonizing over each word, she’ll be free to paint glorious pictures of a narrative in her mind. But she’s not buying it.

I can’t deny, however, that there is a special sort of joy I derive from reading comics. I love seeing a story come to life through vibrant artwork and I fall in love with specific illustrators and colorists.

And when a favorite novel is adapted into a comic? I’m stoked. I’m always curious to see how my vision of a great novel aligns with that of a comic artist.

Here are ten comics that have been adapted from some of my favorite novels. Who did it better? I’ll leave that to you to decide. 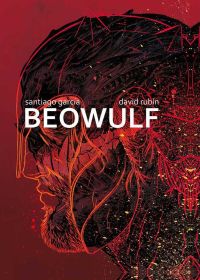 I read this epic poem in one of my high school honors English classes and—because it contained monsters and vengeance and karmic retribution—I totes enjoyed it. So I was psyched to see it adapted into a graphic novel in 2017. Just look at that stunning cover. This adaptation follows the source material faithfully, maintaining a tone that captures the gravitas (and the epicness!) of the original. 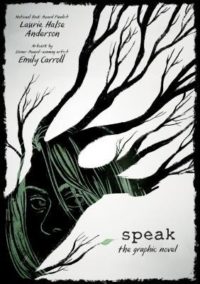 I fell in love with Anderson’s YA novel several years ago, bowled over by how powerful it was, and how essential it felt. Tackling tough issues like sexual violence and depression, the book gives voice to experiences many young people have, but which they often feel unable to speak up about. It made sense to see this book adapted into graphic form, as Anderson’s protagonist often felt safest in her art class, and found solace in the artwork she created there. 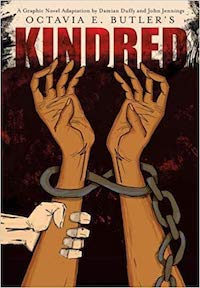 Octavia E. Butler’s Kindred is a sci-fi time travel classic, and Duffy and Jennings truly deliver in a graphic novel adaptation that doesn’t pull any punches. This story of violence and racism and slavery is just as disturbing as it was in its original prose form…perhaps even more so, because you can’t look away from the images. 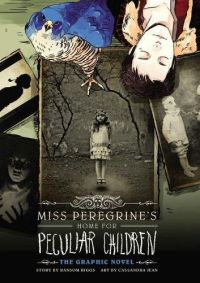 I was charmed by the mixed-media elements in Riggs’s original YA novel (odd, antique photos that served as his inspiration), and this collaboration with Jean pushes it even further. In this creepy tale of a boy who learns that magic is real when he stumbles upon a mysterious island, Jean seamlessly blends artwork and photographs to create a book that’s true to its source material. 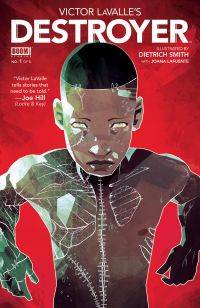 This one is more of a continuation than a straight adaptation. LaValle takes Mary Shelley’s Frankenstein and imagines a future in which the scientist’s last descendant is driven by grief and anger to make some of the same mistakes. In addition to the entertaining horror elements, LaValle weaves in layers of social commentary on racism and the ethical issues that come hand in hand with scientific progress. And, my god, the artwork is to die for. 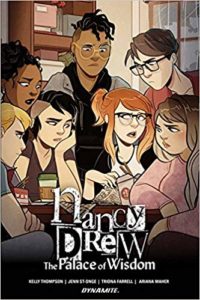 I loved me some Nancy Drew when I was growing up, because of course I did. So when one of my favorite comic artists (St-Onge) became involved in this limited-run series (which I wish would come back), I squeed so damn hard. This is a new story, but it is also the living embodiment of everything I hoped for in a reboot. Even the Hardy Boys are roped into this one (another childhood favorite). The series ends on a cliffhanger and, my god comics publishers, why would you do this to me!? 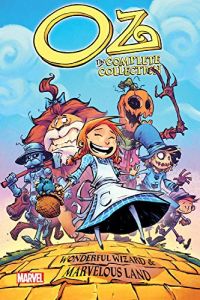 Oz: The Complete Collection by Eric Shanower and Skottie Young

Young’s artwork is always delightful, and I especially enjoy his work on this series, which takes L. Frank Baum’s classics and really brings them to life. This doorstopper collects three related series, done up in bright colors and a surplus of whimsy. 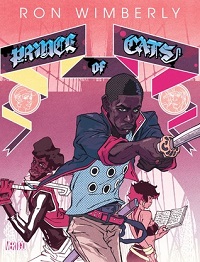 This is going to sound blasphemous but, despite having majored in writing, literature, and publishing, I’ve never been much into Shakespeare. But Wemberly’s take on Romeo and Juliet, filled with its striking artwork, gives the story added accessibility. Wemberly takes this story into a 1980s where underground sword fighting goes hand-in-hand with dance clubs and block parties. His dialogue reads like the best hip-hop rhymes and the narrative itself provides a neat twist in the way it focuses on Tybalt and Rosalyn versus the titular protagonists from the original work. I don’t know that I’ve ever read anything else quite like it. 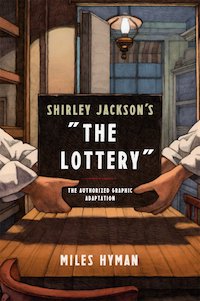 Okay. I might be cheating here by including a short story adaptation, but Jackson’s creepy tale of ritualized violence looms so large that I feel it still counts. And somehow, the sense of foreboding in this graphic novel is intensified by the deliberate shading of the artwork, the set of each character’s face. Read at your own risk. 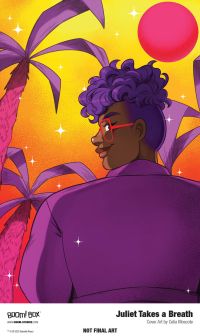 This last adaptation is not slated to come out until late November, but it’s nice to have something to look forward to. I adored Rivera’s YA novel about a queer Puerto Rican from the Bronx who is afraid to come out to her family, and who goes looking for answers from the most unlikely of characters. The characters are dynamic as hell and there is so much heart and sweet humor in the narrative. I can’t wait to see Moscote’s bubbly, bright illustrations bring this story to life!