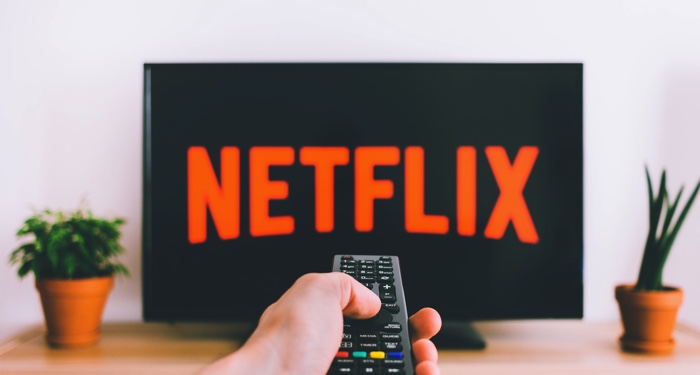 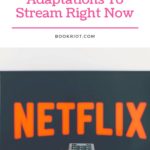 I have those days where my head is just not in a place to get a lot of information and I just want to enjoy something good and easy. Maybe you’re not in the mood to pick up a book, a series or even a graphic novel. But you want to know about a story badly because it has caught your eye. The best solution is to watch these feel-good adaptations! You only have to click one button and the movie/show will start. Find that perfect position to be comfortable, get yourself a glass of your favorite beverage, and enjoy. 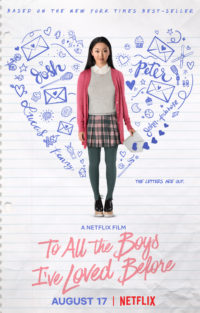 Based on the 2014 young adult romance novel with the same name, To All the Boys I’ve Loved Before by Jenny Han, this movie definitely gives you all the cute vibes. It also has a sequel already out on Netflix! You can do Skype calls with your friends and do a movie night, watching these two fabulous films.

Lara Jean Song Covey writes love letters to the boys she has loved and keeps them in a hatbox. One day Peter Kavinsky, one of the boys she wrote a letter to years ago, approaches her, holding her letter. Right then she realizes that all her letters have been mailed out. And her sister’s boyfriend is getting one. 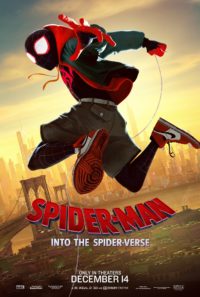 Based on characters like Spider-Man by Stan Lee and Steve Ditko and Miles Morales by Brian Michael Bendis and Sara Pichelli. Into the Spider-Verse is pretty much my favorite movie of 2018. A wonderful tale of growth and taking risks, Miles Morales finally gets a movie of his own after so long. Everyone who worked on this film did an amazing job and it wasn’t a surprise when it won an Oscar.

What’s fun about this movie is the multiverse it holds. Because you not only see Miles Morales getting bit by a radioactive spider, you also get to meet Spider-Man himself (different versions of him!) and even Gwen Stacy. Each living in universes far different than what Miles knows as his reality. 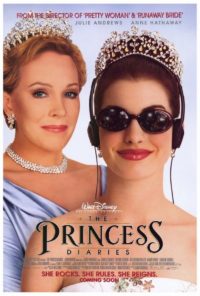 When you talk about feel-good adaptations, you cannot not mention this one. It is loosely based on Meg Cabot’s 2000 novel, The Princess Diaries. The novel has remained a childhood favorite for a long time and continues to do so. But really, Disney did a good job of recreating this story. Who doesn’t want to become a princess?

Mia Thermopolis only wants to be a normal girl living with her single artist mom and her cat. But then one day her paternal grandmother appears, telling her she is a princess of Genovia. 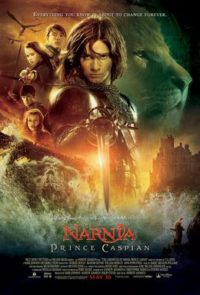 This high fantasy movie was based on Prince Caspian, the second novel published and the fourth chronological novel in C.S. Lewis’s fantasy series. It’s a loved series by many and everyone always wants more. All three movies are on Disney+ but I added the second one because it’s my favorite of the three. Ben Barnes as Prince Caspian was a perfect fit. 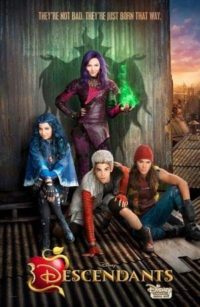 Melissa de la Cruz has written the original novels of this trilogy, starting with The Isle of the Lost. I really love the movies so much and I could watch them time and time again. I think they are really great feel-good adaptations that will just give you a fun time while there is music and some dancing.

Have you ever wondered how the kids of the Disney villains are doing after their parents were defeated? Descendants will show you that they are living in this small island where they are banished. Belle and Beast’s son Ben announces that he’s creating a program where they invite four villain kids to their school. They choose Mal, daughter of Maleficent; Evie, daughter of the Evil Queen; Carlos, son of Cruella de Vil; and Jay, son of Jafar. 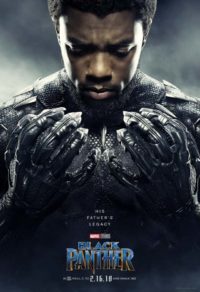 Black Panther was a game changer and made history as the first Marvel movie with a predominantly Black cast. This adaptation is based on the Black Panther character created by Stan Lee and Jack Kirby. I swear that when you’re watching this film a smile will form on your face without you even realizing you’re doing it.

After the king’s death in Wakanda, his son T’Challa returns home to assume the throne. Numerous problems arise when Erik Killmonger appears in Wakanda for the first time and challenges T’Challa for the throne. 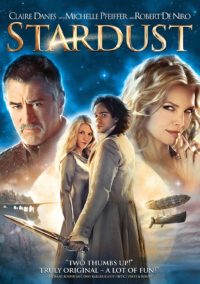 Romance, fantasy, and adventure. I forgot how good Stardust is! It’s a feel-good movie for me because every single aspect of it makes me smile and gets all in my feels. It’s based on Neil Gaiman’s 1999 novel of the same name, Stardust. The ensemble cast for this film is really iconic, you can’t deny it.

Tristan’s town is on the border of the magical fantasy kingdom of Stormhold. He enter this magical world in order to collect a fallen star which he will give to his crush Victoria, in return for her hand in marriage. He finds out the fallen star is actually a woman who is being hunted by a trio witches and the seven princes of Stormhold. 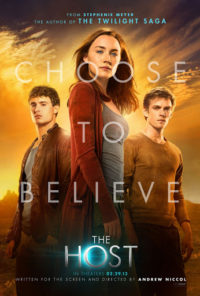 When I read The Host, I was left breathless. I never thought it would give me that reaction. The book has a lot of information, it’s long and it definitely has high stakes where the characters will prove their worth. But I think this movie adaptation took the best parts of the book and made it its own. I adore this movie and the cast is a big part of the reason why. Especially the big three on there; they have some of the best on-screen chemistry and off-screen friendships.

In this film, the human race has been taken over by parasitic aliens named “Souls.” Melanie is then captured and gets infused with a Soul called Wanderer. But Melanie’s consciousness is not completely gone yet, so this causes inner conversations between Melanie and Wanderer. Wanderer has the task to search for unassimilated humans. 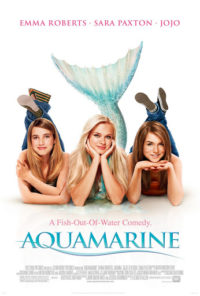 Another one on the list of feel-good adaptations is this fun out-of-water comedy loosely based on the 2001 young adult novel of the same name, Aquamarine, by Alice Hoffman. This movie is so fun. If you crave the sun, the beach, the ocean, Aquamarine is going to answer all of it.

Best friends Hailey and Claire are enjoying their last few days of summer. After a slumber party night and a prayer to the ocean god, on the next morning, these two find a mermaid inside a pool named Aquamarine. She’s there because she has to prove to her father that true love exists. 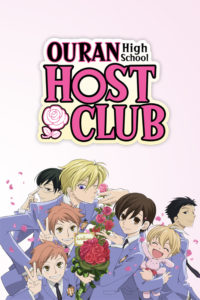 So many anime are my feel-good shows whenever I’m feeling down. I wish I could include all of them but I’m just naming a couple and Ouran High School Host Club is definitely on the list. The only thing you are going to do while watching this masterpiece is laugh because the situations these characters get into are wild and very in character.

The show follows Haruhi, a scholarship student at Ouran High School, and the other members of the host club she enters accidentally. It satirizes clichés and stereotypes that are in shoujo manga/anime. 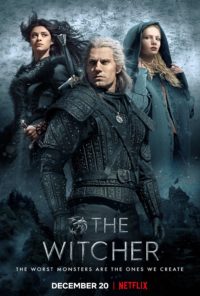 I watched this in one day. In eight hours! Because every episode is one hour long and there are eight episodes as of right now. I didn’t stop because I wanted to know more and more about this story. It’s a bit confusing if you do not know about the games or the books (you can start with The Last Wish) I think. I just read a summary really quickly in between episodes because the show is organized differently and it’s not chronological. Though I really recommend it because Henry Cavill grunting throughout the whole show is worth it.

Set on a fictional fantasy land, the story revolves around Geralt of Rivia, a monster hunter, and his journey to get back to Princess Ciri. There is magic, terrifying monsters, royalty, romance, dragons and more. 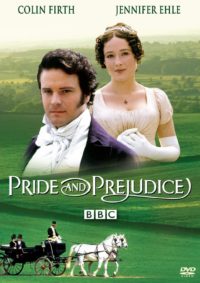 There is always going to be the debate of which adaptation is better while talking about Pride and Prejudice. Who embodies Mr. Darcy more clearly? The 1995 mini series is a big favorite for many. It tells you the story of how Elizabeth Bennet falls in love with one Mr. Darcy in six episodes. This adaptation elevated Colin Firth to stardom! This was even the inspiration for the Bridget Jones novels and their adaptations and why Colin Firth appears in them as Mark Darcy. 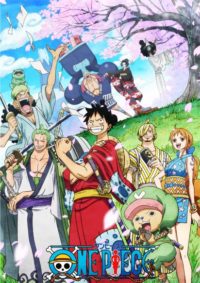 This is the perfect show to watch during these times, because there are so many episodes that you won’t ever be done with them. I’m currently watching this and I enjoy each and every moment with this pirate crew. I’ve grown up with this show and there is nothing like it. It’s based on the manga series of the same name, One Piece by Eiichiro Oda.

One Piece follows Monkey D. Luffy, a boy whose body gained the properties of rubber after eating a Devil Fruit. Luffy’s greatest dream is to become Pirate King and sail through all the seas freely. To be Pirate King he has to travel to the end of the Grand Line and find the ultimate treasure called “One Piece”. 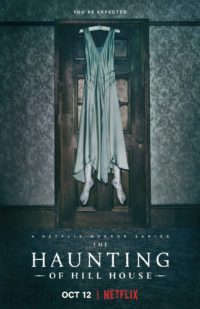 The first season is loosely based on the 1959 novel, The Haunting of Hill House, by Shirley Jackson. This is an anthology horror drama show where each season is going to be a different story and characters. The second season is set to be released this year, and it’s going to be based on Henry James’s 1898 novella The Turn of the Screw.

The show is told between two different timelines, following the five Crain siblings during their adulthood and how Hill House continues to affect their lives. But it also has flashbacks to their childhood inside the house. Everything leads up to the faithful night where they fled the mansion and why they did it. 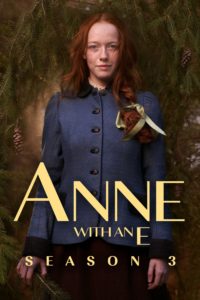 And last but not least, Anne With An E is based on Anne of Green Gables by Lucy Maud Montgomery. Though they did include new storylines and content which makes the series so much better in my opinion. This show is the softest and most beautiful show I’ve ever watched and I’m sad that they canceled it after three seasons.

In 1896, brother and sister Matthew and Marilla decide to adopt an orphan boy to help with the farm. But when Matthew goes to the train station to get the boy, he instead finds Anne Shirley, a bright and imaginative girl. You watch her grow throughout these three season and it’s more wonderful than you can imagine.

I’m sure many have their comfort movies. I created this feel-good adaptations list with some of mine that I think that many people could enjoy and just forget their problems for a little bit. Movie and TV show adaptations are something that I always look forward to. Even if they don’t follow closely the main source, I get to remember what I read once upon a time.