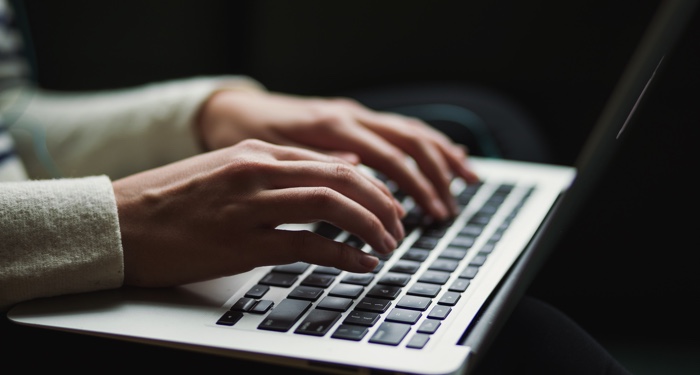 Late last week a PR blitz saw major websites including NPR, The New Yorker, Vice, and Forbes gushing about the “National Emergency Library” opening up 1.4 million books to unlimited checkouts. Many more places picked up the news and it was soon everywhere you looked, with the American Library Association, politicians, and celebrities spreading the news.

Everyone believed this was a great thing and, coming from the well-respected Internet Archive, assumed that it was entirely on the up-and-up. However, according to the Authors Guild, “the Internet Archive would use the COVID-19 epidemic as an excuse to push copyright law further out to the edges, and in doing so, harm authors, many of whom are already struggling.”

When I first heard about the Internet Archive's National Emergency Library, I didn't know it was, you know, stealing authors' work. I, naively, like many people I suspect, thought this was a things-out-of-copyright kind of deal. Or a related-to-how-real-libraries-work situation. https://t.co/01b2bBR9E8

The Authors Guild, along with hundreds of authors, agents, and publishers, have alleged that this site is infringing on their copyright. While the site does have many titles that are either in the public domain or they have permission to distribute, there are still many current, in-copyright titles that the site has not acquired any license to distribute.

This is not the first time the Authors Guild has objected to the IA’s practices. In 2018, the AG revealed that despite IA’s promises to respect the creator’s copyright, “they are displaying and distributing full-text copies of copyrighted books to the entire world without authorization, in flagrant violation of copyright law.” In 2018, they also wrote a post about the defense of what some call “Controlled Digital Lending,” which I recommend anyone read before engaging in discourse on this topic.

The Internet Archive says it has obtained its titles from schools and libraries. There seems to be two main problems with this claim: One, a library having a physical copy of a book does not automatically give them the legal right to scan and distribute those scans to other parties with absolutely no restrictions. Two, any user can upload a document to the site. I just signed up with my throwaway gmail address and I was able to start the process within 15 seconds. Full disclosure: I did not complete it because I didn’t want to upload anything for this site.

The important bit here is that, according to authors and publishers, the Internet Archive is widely distributing (“lending”) many electronic books that it has never purchased or been gifted a legal license to distribute.

As word began to spread, many authors, agents and publishers began to take notice and push back online.

If you are hearing about a so-called “National Emergency Library,” please be aware it is no such thing. It is a tarted-up piracy site. If you can’t afford to support your local bookstores and authors, support your local library. They lend ebooks. https://t.co/Ft7ibqxltb

LIBRARIES. HAVE. EBOOKS. FOR. CHECKOUT.

Better yet, libraries have LEGALLY-ACQUIRED ebooks available for checkout.

And many people began attacking those authors, calling them “idea landlords” and “greedy” and telling them to get “real jobs.”

This is a complicated subject, because many agree there should be allowances for disabled and economically disadvantaged readers. In fact, the Internet Archive has provided books to disabled readers for years, legally and rightfully. But that is just not what’s going on right now, with lending being opened up to everyone and anyone and a single book able to be checked out by thousands or millions of people.

Yes, the Internet Archive does a lot of good. But that doesn’t mean they’re infallible.

Except for all the copyright violation they're doing in stealing authors' work right now, including many impacted by the same circumstances IA is using as justification. Other good they do doesn't erase this harm.

As the conversation progresses, there have been interesting discussions related to capitalism, the lack of social safety nets, and the rights of authors to be paid at all. According to the Author’s Guild, the average salary of an author is right around $20,000, but the median is just around $6,000. For those who aren’t math nerds, that means author salaries mimic the whole of the American economy: there are a few who make a lot more than the others, bringing that “average” up.

Hilarious, too, the number of ppl in both threads claiming some kind of Marx-influenced philosophical objection to paying artists. 🙄Communist states support artists, kids. They recognize art as the ideological power tool that it is. You're just being another entitled capitalist.

This is so disingenuous and insulting to my life’s work, but here we go. In 2000 I signed a contract for my debut novel, 6000$. Was paid 4000$ before house went bankrupt owing me 28,000$ in royalties, a paperback advance & a Japanese foreign rights sale. Took 7 years to write. https://t.co/yQo7cM3UMZ

Long story short: if you'd like to guarantee that the only authors who can make this a full-time career are married, financially secure, and have an abundance of free time, keep pirating books. THAT is the result.

I personally know many authors who have left the industry because they can’t afford to spend two years working on a book and make just a couple thousand dollars. I know even more authors who haven’t been able to continue beloved series because of low sales. Major news outlets’ promotion of a site where anyone can get any book for free, rather than promoting the digital collections of legitimate libraries, does real harm to the industry and, most importantly, to the people in it who are trying to survive.

Anyone who's saying "I can't live without books, reading is essential, books are priceless" while also saying "Why should I pay to read, books should be free, they have no monetary value" needs to think about how books actually get out into the world

I feel so discouraged when I see people defending piracy. There's a big difference between me/my publisher strategically distributing free copies to promote my work–& anyone anywhere having the ability to download free copies. That's not a good publicity opportunity. It's theft.

Many people have pointed out that authors who don’t want their books on the site can email a takedown notice. While that’s true, it shouldn’t be an author’s responsibility to monitor the entirety of the internet for copyright violations.

Email them if you want your books removed.
info@archive.org with “National Emergency Library Removal Request” on subject line. Please include URL of the books you want removed. Please allow up to 72 hours for processing as we are a small piracy team.

Many people have felt betrayed by respected organizations’ promotion of this site. I’ve spoken to several readers who were horrified to find out authors haven’t made a cent from the books uploaded to the IA, nor given permission.

So what can readers do instead of using the “National Emergency Library” if they’re not able to afford the books they want? Luckily, there are many ways to obtain free books that don’t harm authors. Check out your local library first. Even though their doors may be closed, almost all of them have digital collections you can check out from your own couch. Authors have been paid for this use! During this crisis, many services and publishers have extended their library offerings and libraries are making it easier to get a library card.

Publisher’s Weekly has an excellent roundup of resources being offered by children’s publishers and authors. Book Riot has a few articles on how you can legally obtain free books and free ebooks. Many publishers are also offering books for free for a limited time.

Our publisher @entangledpub has made many of their 1st ebook in a series FREE during these uncertain times. Which means #WeLovePurpleAndGreen is back! Grab an ebook of Forget Tomorrow by the amazing @pintipdunn & Thief of Lies by me for $0.00! #Freebooks https://t.co/lniHne145h pic.twitter.com/hoR3r7z4Gz

This is a tough time for everyone and there are definitely bigger issues in the world right now, but as long as we live in a capitalist society, authors need to be paid for their work just as much as cashiers and plumbers do. If we allow copyright to be trampled on such a massive scale, the book world as we know it could suffer irreversible harm.