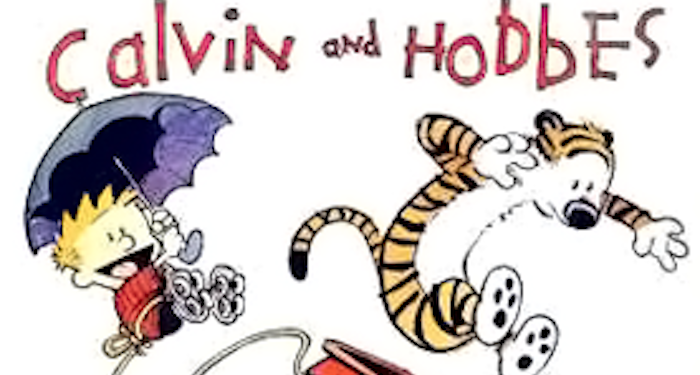 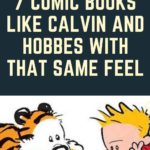 Calvin and Hobbes is something my father read in high school and passed on to me when I was able to read them. It featured as such a big part of both our lives that when my brother was going to be born, both of us pushed hard for him to be named Calvin. My mother does not have our same sense of humor.

In these recent times, it’s been a comic I’ve returned to, trying to regain that same sense of childhood nostalgia and whimsy, when a cardboard box could be a transmogrifier, or a time machine, or a duplicator. Unfortunately, reading them over and over doesn’t get old, but it can get a little repetitive, no matter how much you love them. I know I’m not the only one who has turned to these types of comics, and have run into this issue as well. If you’re like me and need something else to turn to, I’ve collected seven comic books like Calvin and Hobbes here that convey the same simple, light hearted feelings and childhood nostalgia as Calvin and Hobbes. Let’s go exploring with these comic books like Calvin and Hobbes. 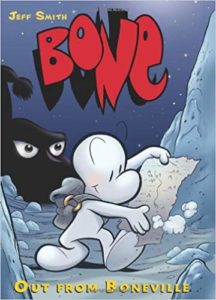 This is another one I read a lot growing up. The books carry that excitement of the Scholastic Book Fair and seeing if the next book had been released yet. It’s an adventure story centered around three cousins as they try to help keep a valley from falling into the clutches of evil. It’s not all doom and gloom, however, despite being categorized as a dark fantasy. There’s a fair amount of Looney Tunes–esque comedy involved, and plenty of light hearted side stories to balance it out. Admittedly, the story wasn’t originally meant for early adolescent readers, but that’s the age group that is really its biggest fanbase.

Zen Pencils by Gavin Aung Than 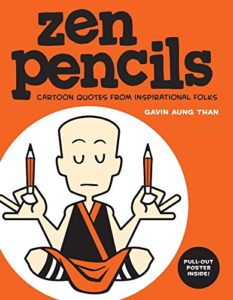 Zen Pencils is more of a collection of comics rather than following a central story line. Gavin Aung Than, the artist, takes inspirational and meaningful quotes and illustrates a story to go fit the quote, sometimes matching the art style to whoever said the quote. They’re simple, and comforting, and are distracting enough that you can sit and read them all day or bouncing around and reading quotes by some of your favorite famous individuals like Carl Sagan, Edgar Allen Poe, Marie Curie, or even Bill Watterson. Several have been published in a couple volumes, but you can also read them for free here. 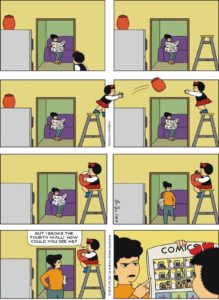 I feel like I don’t need to explain this one too much. We’ve all come across a Nancy comic somewhere, even if it’s just in a meme. The comic centers on a sassy little girl and her friends, and with the first female author or the strip who took over in 2018, the humor has taken a bit of a surrealist and self-aware tinge that matches the humor of the modern age without losing the sassy undertone that made Nancy so popular in the first place. If it’s been a hot minute since you’ve read about Nancy’s hijinks, you can catch up here. 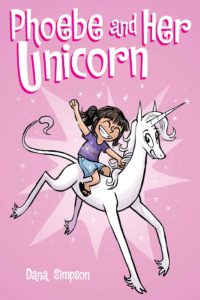 Phoebe and Her Unicorn looks a bit like if a Corporate Overlord said “take Calvin and Hobbes and market it to girls.” But only on the surface level. In the story, the main character Phoebe meets a unicorn named Marigold Heavenly Nostrils after hitting it in the face with a rock. The two become best friends and go through your standard childhood challenges together like dealing with frenemies and battling goblins. It’s cute and funny, and full of just enough whimsy to remind you of childhood imagination. You can buy the collected volumes or you can also read them online here. 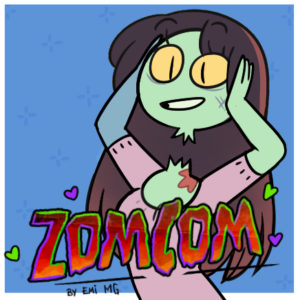 This is a slice of life about a group of supernatural friends: mainly a zombie, a vampire, and a werewolf. It doesn’t have too much reading involved, relying on visual gags to make you laugh, perfect for those days when focusing on words is too much to ask for. They’re simple and wholesome, just little three to four panel comics that tell little jokes that don’t always go the way you expect but always end up okay. You can read them all here.

Baby Blues is another one that’s been around for a while, and by that I mean since 1990. It follows the story of the MacPherson family as they raise their three children and deal with the hijinks that come with three young kids. The strip also deals with the anxieties that come with being a parent, like wondering if you’re good enough, doing right by your kids, and just trying to get five minutes to yourself. All mixed in with the humor that comes with having three kids close in age growing up. You can read these strips online here. 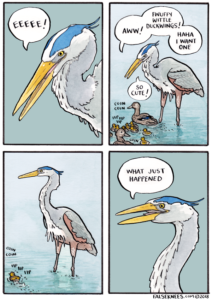 This one is more reliant on using nature as the storyteller, using birds and other woodland animals as characters in the comic. These animals carry very human like conversations and have anxieties like us, when not making fun of humans (we deserve it). They’re incredibly funny as well with beautiful artwork and I have had to stifle laughter while reading the comic more than once. It’s silly and touching at the same time, telling stories we don’t see that are incredibly human. You can read them online here.

These scratching your itch but you just need more inspiration and comic books like Calvin and Hobbes? Check out these quotes from the comic here or our full comics coverage here.