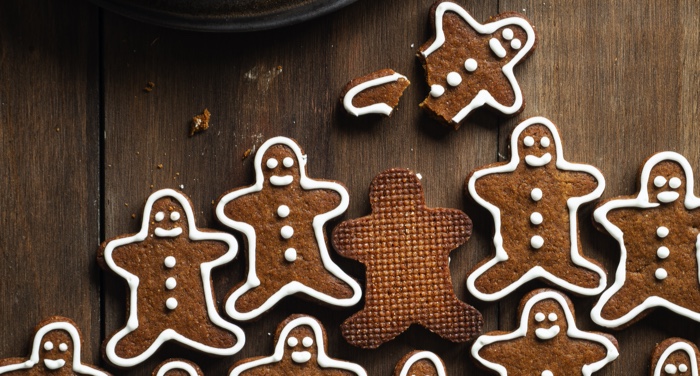 Among the disorienting whirl of grit and whimsy inherent in a contemporary fairytale, readers of Gingerbread by Helen Oyeyemi learn about the homeland of the protagonist Lee family, the mythological but captivating “nightmare country” called Druhástrana.

I should mention that this novel is (to borrow Jordan Peele’s term) a “spiritual sequel” to the fairytale of “Hansel and Gretel”…but really it more so hinges around the main trope of the tale, the gingerbread house. The Lee family is famous for its maybe-magical gingerbread that sustains them through Druhástrana’s famine, both in Druhástrana and in England. 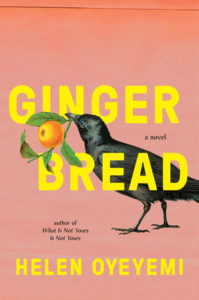 Druhástrana is dope in concept for several reasons, the first being that I thought it was a real place, which speaks to the conviction of Oyeyemi’s writing. I got embarrassed that I had never heard of it, and then Googled it just to laugh at my own gullibility: it’s not real.

But in a truer sense, it IS real.

Hold on. Let me explain. The thing about a lot of horror films is that they happen Over There. We do the same thing with horror settings as we do with news articles where we can personally identify with victims: we try to rule ourselves out of the possibility of the horrible shit happening to us. As my friend Mary said about the setting of As Above So Below, “Why be scared when I can just be NOT UNDERGROUND.”

We do the exact opposite with fairytale settings. In fact, to me, the setting of a fairytale is often its most interesting quality. I loved gathering information about Druhástrana while I was reading Gingerbread. I knew I wouldn’t get answers to the questions I asked, but that’s what makes a fairytale a fairytale. We get a little information, and our imagination gets to do the rest.

So, I got a sense of relief when I discovered that Druhástrana is a mythological “nightmare country.” But it has so many similarities to actual countries that it still feels real, if only in an imaginative sense. I was validated when, only 16 pages in, the main character, Harriet, who is FROM Druhástrana, Googles it, too: “but there’s nothing new. The top result is the Wikipedia page, like it always is.” That, alone, implies that the country isn’t real—we’re all cautioned or forbidden from using Wikipedia seriously because, you know, ANYONE can post there, which makes it somewhat dubious to begin.

Here are a few things we learn about Druhástrana:

Those facts might not line up for too many people as realistic, but I thought immediately of the nation of Palestine. It’s a refugee situation, for sure, but governments won’t acknowledge the nation’s existence. Of course, that signifier is dispelled almost immediately from the allegory when we hear that:

5. “Druhástrana…is the name of an alleged nation state of indeterminable geography origin” (16).

So, not only is it not recognized as a country, but the land itself is indeterminable. Now it has an Atlantis vibe, right? But wait. There are people actually from Druhástrana in this narrative.

It’s at this point that the allegory falls apart, as allegories in fairytales do, true to form. Kate Bernheimer, the editor of the Fairy Tale Review and several other amazing anthologies, critic at large of literary fairytales, and author of many other books, identifies the characteristics of the fairytale as “flatness, abstraction, intuitive logic, and normalized magic.”

But lovers of the fairytale go on to say that these qualities are what make the forms of fairytales so accessible. When we hear about this “nightmarish” country Druhástrana in Gingerbread, we naturally try to make sense of it, to apply it as a metaphor, and when it falls apart, as it does, almost immediately, we are expected, as readers, to just kind of go with it.

I definitely did. I was all in. The beautiful thing about the “flatness” and “abstraction” and “intuitive logic” of fairytales is that it allows every reader to superimpose their own situation upon it.

We spiral even further out from normal logic and into intuition when Harriet asks of her daughter, “And where did she even get the idea that eating gingerbread is some sort of fast track to Druhástrana?” (38) This is when our imagination gets to do its work, and that’s when the fairytale really takes flight.

I get that a lot of people read fairytales as a kind of escapism, or even as boogeyman stories, but more than that, as with this book, fairytale form takes the world apart. Most narratives put the world together, or helps us make sense of the world, to paraphrase Joan Didion. Fiction does that, nonfiction does that, but fairytales are a little different, right?

Sure, they have narratives, but they don’t always have a beginning, middle, and end. In fact, most of the criticism of this book that I’ve heard came in some iteration of the implied question, “Wait, so WHAT HAPPENED?” I understand asking that question of a novel, but this is a fairytale, too. Fairytales don’t always have a moral or a so-what or a takeaway, either. Fairytales are an experience in form, and this one, of Gingerbread, is represented in part by Druhástrana, whether in traveling to get there or escape, living in the well on the farmstead, in the weird dormitory in Druhá City, or at the magical Gingerbread House at the book’s end, with its caloric content listed on the side. Along with the setting, the lineation of time and plot is also somewhat ambiguous and requires the “intuitive logic” and “normalized magic” of every fairytale. The answer to “What happened?” is “You’re asking the wrong question.” Ask instead, “Why?” or more accurately to the fairytale form’s pulled-apart nature, “Why not?”