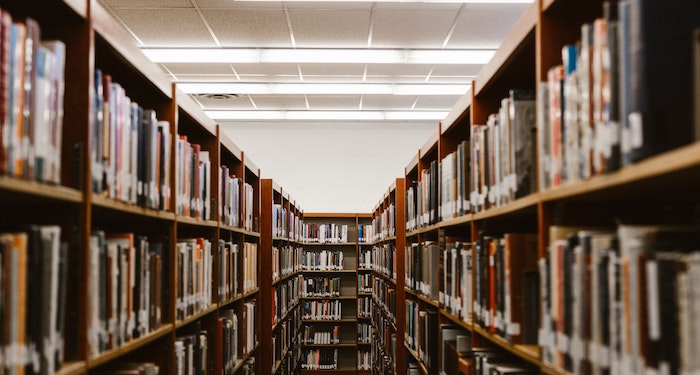 “Get plenty of rest, drink plenty of fluids, eat healthy foods, and manage your stress to keep your immunity strong,” was the advice of Chicago Public Library Commissioner Andrea Telli to employees across the city. Chicago Public Library (CPL) is still open to the public, despite bars, restaurants, and schools being closed state wide in Illinois, as well as recommendations from the Centers for Disease Control (CDC) and the state of Illinois to limit social gatherings to five or fewer people amid the COVID-19 outbreak. Both the Illinois Library Association and the American Library Association urged libraries to close during this unprecedented time.

Illinois has been among the top states for COVID-19 cases so far, with close to 300 confirmed cases as of Wednesday, as well as one death in the city of Chicago.

Eighty libraries across the city are open and operating as usual. The library’s union has pushed back against Mayor Lori Lightfoot’s determination to keep the libraries open, but both she and her hand-picked commissioner Telli see libraries as a vital operation, even in times when every other public and private institution takes drastic steps to limit person-to-person contact. Institutions across the country, including major library systems in New York, Los Angles, and Boston, have shut their doors in attempts to flatten the curve and protect the well-being of their communities and their staff.

New information from the US National Institutes of Health found that the COVID-19 virus lives on various surfaces for up to three days — making libraries a perfect petri dish of print surfaces, tabletop and furniture surfaces, and opportunity to come in contact with people of all ages. Patrons as well as employees in all spaces of the library are not only unable to practice social distancing, but they’re ill-equipped to decontaminate and avoid contact with facility furniture, desks, tables, books, and other materials. In many branches, janitorial staff work half days, meaning that some surfaces go more than 24 hours without being sanitized. According to reports from librarians in the system, the system’s response has included sending supplies for decontaminating facilities. The supplies included “a single container of Clorox wipes, a small bottle of non-alcohol-based hand sanitizer and two boxes of tissues.”

In addition to telling library staff to wash their hands and mitigate their stress during this time, Commissioner Telli also suggested that employees who take public transit to their workplaces to be extra careful and wait for trains or buses that aren’t too full. They’re also told it’s okay to bring their children to the workplace, so long as they’re not sick.

Libraries are a public service, and continually work to provide any and everything they can to their communities. They do this with tiny budgets and with the frequent reality of ever-shrinking budgets. Public libraries serve as cooling centers during heat waves and warming centers during deep freezes — CPL stayed open during the historic Polar Vortex in early 2019 that closed down businesses across the midwest — but a global pandemic is entirely new territory.

“While normally public libraries may invite children to come to the library in the event of an emergency school closing, this is not the best course of action when trying to curb a contagious disease,” said the Illinois Library Association in a statement dated March 16. “Libraries are a gathering place in the community and on campus, frequently bringing together significant numbers of people. In order to minimize opportunities for transmission, and to protect both community members’ health and library employees, the best service we can offer is protecting our community with social distancing, canceling programs, extra cleanings, and closing, regardless of whether there are  known cases in your library’s service area or on your campus.”

Late Wednesday afternoon, the Mayor and Commissioner announced changes to CPL services. Those changes, though, don’t protect people any further: 61 of 80 libraries be closing. The rest will remain open five days a week, eight hours a day, but patrons won’t be able to check out materials or print. Patrons will still be able to enter the library and linger, and staff will continue to show up and work. CBS news reported that they saw people far too close to one another while using public computer terminals; shifting hours and reducing services do nothing if people don’t practice distance.

CPL branches are’t seeing a decline in use during this time, despite the dire warnings about social distancing and reports on the spread of COVID-19, and this adds yet another layer of frustration, fear, and concern to those working in them.

Both librarians expressed further distress over the lack of concern for the health of staff by those still utilizing the library. “Many [patrons] also ignore our attempts at social distancing and express surprise and displeasure when we try to enforce them,” said one.

As Romeo Rosales wrote, when libraries are forced to be open during this pandemic, it sends a disturbing message about what administration believes about their own employees.

“Asking staff to return to work during this difficult time sends a message to them that library administration and local government does not really have their best interest in mind. It implies that work and the completion of it outweighs everything else,” writes Rosales. This concern echoes even louder when it comes to  libraries still open to the public, especially when professional associations and state and national governments have urged otherwise.

“I am livid. Devastated. Shaken,” said an anonymous librarian.

In no way does keeping Chicago Public Library branches open contribute  to Telli’s suggestion that employees simply manage their stress to boost their immunity. It does the complete opposite: makes it clear how little their own health and well-being matters to the communities in which they serve day in and day out.

How you Can Help: