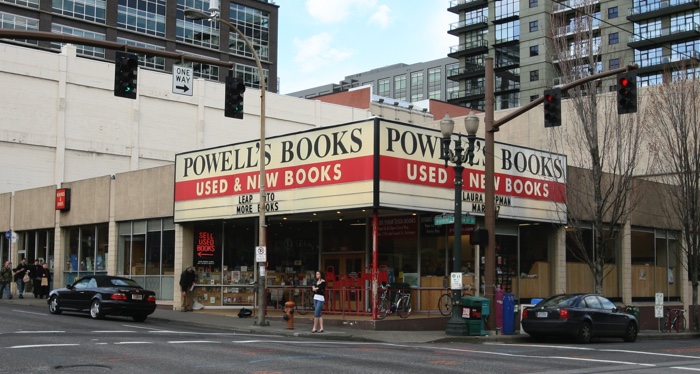 Major layoffs of both Powell’s Books and McNally Jackson employees have come to light after both booksellers closed their doors in response to the COVID-19 outbreak.

The Oregonian reported on an email to Powell’s employees in which the human resources director for the Portland-based independent bookstore chain wrote, “Powell’s needs to take to immediate steps to scale back the company.” The chain is initiating “involuntary” layoffs, and employees can expect to see their health insurance cut off at the end of their last month of employment.

Meanwhile, news of McNally Jackson layoffs circulated on Twitter. Cristin Stickles, Children’s and Young Adult Buyer at McNally Jackson Books and former Book Riot contributor, posted: “employees (anyone at the store less than 4 years) were (temporarily) laid off today, to be hired back at an indeterminate date.”

Most @mcnallyjackson employees (anyone at the store less than 4 years) were (temporarily) laid off today, to be hired back at an indeterminate date. PTO through this week, health care through this month. Please support these incredible booksellers directly- Venmo info attached. pic.twitter.com/ptSPgMpWuC

McNally Jackson posted a statement on Twitter, noting that they’re paying staff for the week and confirming that they’re temporarily laying off employees until they’re able to reopen.

A statement on the staff of McNally Jackson. pic.twitter.com/b1XVfYzYsg

In Portland, The Oregonian reported that roughly 85% of the 400 Powell’s union members lost their jobs in the temporary layoff. This according to ILWU Local 5, the union representing Powell’s Books, which released a statement in response to the layoffs. While the union expressed appreciation for the decision to close all retail stores for the safety of workers and consumers, Local 5 also urged employers to consider the workers and marginalized communities affected by the closures, stating, “We do not believe this to be appropriate or fair and in this moment we continue to urge all Employers, including Powell’s Books, to continue to support workers in any and every way possible.”