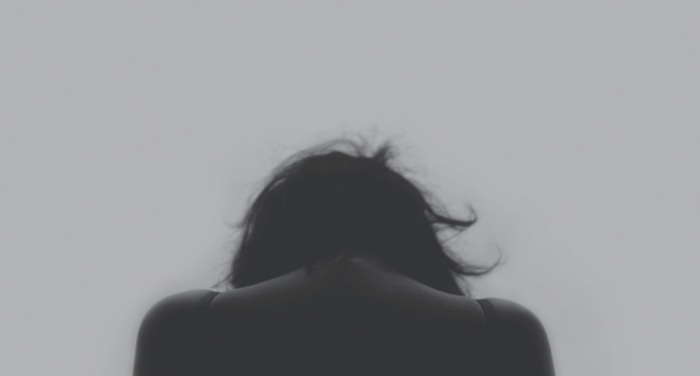 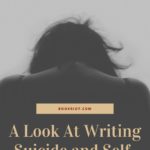 Trigger warning: This post will discuss suicide and self-harm, and ways these subjects are portrayed in fiction and the media.

The Society of Authors, the UK’s trade union for professional writers, recently collaborated with the charity Samaritans (who provide listening services to anyone in emotional distress, particularly those at risk of suicide) to produce a guide on depictions of suicide and self-harm in literature. Guidelines for journalists and reporters on ways to report stories involving suicide and self-harm have existed for many years in the UK, with best practice guidelines set out by Ofcom and several suicide prevention charities, but as far as I’ve been able to find out, this is the first formal set of guidelines on how fiction writers can portray suicide and self-harm in their work without potentially putting their readers in danger.

The dangers of poor portrayals of suicide and self-harm are, sadly, very real. The SoA/Samaritans guide places an early focus on the well-documented ‘Werther Effect‘ – the link between “glamorised” representations of suicide, or descriptions that give specific information on methods, and rises in real-world suicide attempts. Personally, I feel that having a set of guidelines for fiction writers is long overdue – while the instances of suicides and self-harm are fictional, the emotions they elicit (and the potential impact on readers feeling these emotions) aren’t. While we can argue issues of censorship/political correctness/not being an arsehole until the cows come home, I would hope that every author would want to make sure that their works don’t cause or inspire physical harm – particularly when their target audience is the group most at risk of the Werther Effect, young adults. The Netflix adaptation of 13 Reasons Why was criticised for its portrayal of Hannah Baker’s suicide, and its potential links to a rise in searches about suicide methods, with articles discussing the show’s impact appearing in publications ranging from The New Yorker to New Scientist.

Reading through the guidelines made me think about the books I’ve read that feature suicide and self-harm, and how thoughtfully – or recklessly – they tackle the subject. Some of the major points that the guidelines make are the potential danger of portraying suicide as something easy and peaceful, and attempts as easy to recover from; the possible “instructional” nature of describing specific methods, especially when these methods are uncommon; the usefulness of trigger warnings; and consideration when picking cover and promotional images (marketers are particularly discouraged from showing self-harm imagery and suicide locations). Things that seem obvious, but may not be, particularly for authors who really want to get deep into the heads of their protagonists. Writing fiction, or narrative nonfiction, is a very different kind of writing to reporting news – how can a writer represent suicidal thoughts or self-harming behaviour in a character who’s feeling it in the moment, without making a vulnerable reader feel it in the same way? 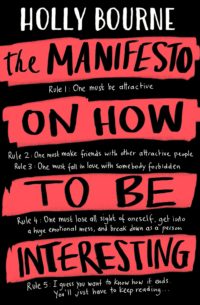 A lack of specificity about the actions the character takes is perhaps a good start. It’s been a while since I read Holly Bourne’s The Manifesto On How To Be Interesting, whose protagonist, Bree, cuts herself, but I remember the book focusing on Bree’s spiralling thoughts rather than giving a clear description of her actions. (Bree’s story could also have a potential ‘Papageno Effect’, the opposite of the Werther Effect, as it ends with her taking steps towards recovery). Hold Still by Nina LaCoeur, about a teenager dealing with the aftermath of her best friend Ingrid’s suicide, fits with the guidelines’ advice to avoid attributing suicide to a single, easily identifiable cause – instead, Ingrid’s death is shown as complex, hard to understand, and connected to her long-term depression, avoiding an oversimplification of a difficult subject. In A Dark, Dark Wood potentially skirts the guidelines by mentioning the cause of death of a major character who takes a paracetamol overdose – however, the book’s emphasis on the fact that this method is far from ‘easy and peaceful’ could discourage a vulnerable reader, rather than providing instructions. 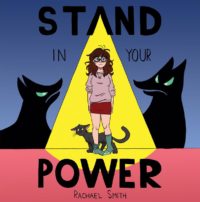 Trigger warnings are still not standard for traditionally published books, although some small press and indie books are beginning to include them; hopefully the SoA/Samaritans guidelines will encourage more publishers to start using them as standard. One of the major critiques of using trigger warnings for fiction and narrative nonfiction is that they will act as ‘spoilers’, or break up the flow of the story – however, I’d argue that having a non-vulnerable reader aware in advance that a character will die by suicide at some point in a novel is preferable to a vulnerable reader coming to the scene unexpectedly, and having to deal with trauma that they have not mentally prepared for as a result. A little creativity on the part of the author or publisher can easily take care of the ‘spoiler’/’ruining the flow’ problem – comic book writer and illustrator Rachael Smith does so with her autobiographical comic Stand in Your Power, where the section that deals with her history of self-harm is flagged up in advance and printed on green pages that a reader can easily identify and, if they wish, skip.

It’s important to remember that the SoA/Samaritans guidelines are just that – guidelines, rather than rules. There are some literary tropes that seem more dangerous when considered alongside some of the guidelines; for example, the ‘heroic self-sacrifice’. Mrs Coulter and Lord Asriel’s deaths in The Amber Spyglass, Dumbledore’s death in Harry Potter and the Half-Blood Prince, and Jasmine Hadley’s death in Checkmate, could all be interpreted as ‘suicide for a good cause, with a positive outcome’ – a representation that, on the surface, could be seen as very dangerous to vulnerable readers. However, in the majority of ‘heroic self-sacrifice’ cases, the character’s death takes place in the context of an extreme and very unlikely external situation – either in an impossible fantasy world, or a circumstance that the majority of readers are unlikely to ever experience. Crucially, none of the characters feel that their death specifically is beneficial to the people around them, and it’s clear that they would have defeated the villain another way if it were possible. (Of course, that doesn’t mean that this trope can’t be handled badly – just that it is less likely to cause harmful social contagion in readers than dangerously portrayed and easily emulated scenarios, where a death itself has positive results for the other characters).

Suicide and self-harm are serious topics, and ones that are absolutely necessary for literature to tackle – but carefully, thoughtfully, and in a way that avoids harming any vulnerable readers. This isn’t always an easy thing to negotiate (when thinking about Hold Still, it struck me that the novel’s message about processing and living with grief could potentially be dangerous to some readers experiencing suicidal thoughts, who might see it as proof that their loved ones will be able to carry on – but it could also be a crucial and supportive message for readers who have been bereaved following a death by suicide). Triggers are specific to individuals, and while it may not be possible for an author to be sure they do no harm, the SoA/Samaritans guidelines (in addition to using sensitivity readers and listening to feedback from people with first-hand experience) can help an author be mindful in the ways they choose to show these serious issues.

For more books that deal with mental illness, self-harm and suicide, have a look at 6 Novels Featuring Mental Illness for World Suicide Prevention Day, or What We Talk About When We Talk About Suicide. If you feel that you are at risk or in crisis, the International Association for Suicide Prevention has a list of links to crisis centres around the world where you can find immediate help.