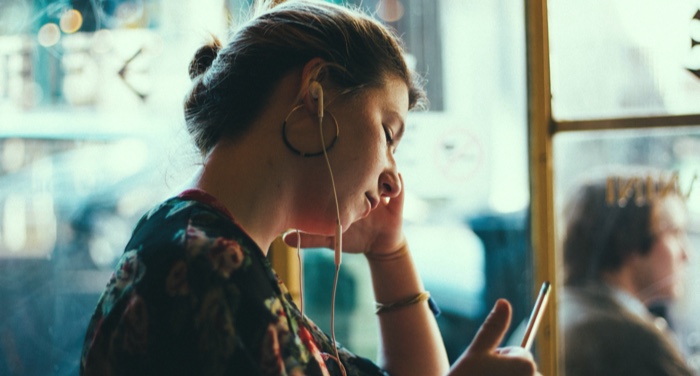 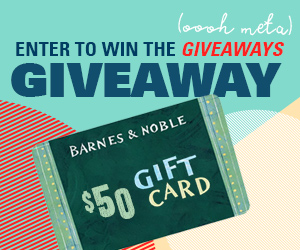 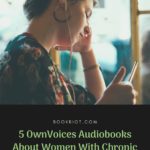 As a woman with a disabling chronic illness, I don’t often find books that feature other women with similar conditions. So last year, I made it a point to seek out books by and about women with chronic illnesses or disabilities. These books run the range from contemplative nature writing to laugh-out-loud funny to incredibly detailed nonfiction, but all of them are well worth the read! 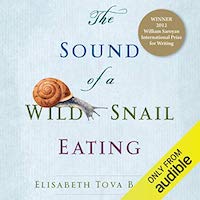 The Sound of a Wild Snail Eating by Elisabeth Tova Bailey, Narrated by Renee Raudman

I’m no stranger to being stuck on my couch or in bed for weeks at a time. But while I typically spend my days watching my Corgi’s fur float around and accumulate on my side table, Elisabeth Tova Bailey spends her days watching her pet snail move about its terrarium. With the perfect combination of nature writing and contemplation of what it means to be chronically ill, Bailey’s The Sound of a Wild Snail Eating has quickly become one of my go-to recommendations. Renee Raudman’s narration adds to the calm feel of this memoir, and I found myself soothed by her voice and the beautiful images of nature her voice brings to mind. 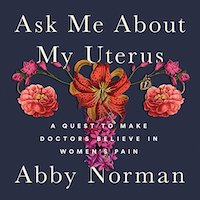 Ask Me About My Uterus: A Quest to Make Doctors Believe Women’s Pain by Abby Norman, Narrated by the Author

Millions of people deal with endometriosis every single day; then why aren’t there more books about it? In Ask Me About My Uterus, Abby Norman shares her experience with the disease and the intense amount of research she had to do on her own. I appreciated how she walks readers through the history of endometriosis, how little doctors still know about it, and how much endometriosis patients must advocate for themselves. Like the subtitle says, Norman struggled to get doctors to believe how intense her pain was on a daily basis. Fighting for her own patient rights, Norman overcomes obstacle after obstacle and proves herself a true survivor. 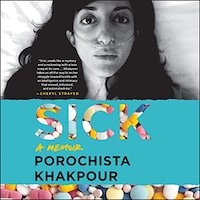 Sick: A Memoir by Porochista Khakpour, Narrated by Yetta Gottesman

In Sick, Khakpour shares her experience with Chronic Lyme disease, a condition she had to deal with long before ever being diagnosed. After going to multiple doctors and still not finding any answers, Porochista finally receives her diagnosis. But instead of a direct path to healing, she finds herself forced to navigate America’s complicated health care system with little insurance or money. If you’ve ever wondered what it’s like to be chronically ill in America, look no further; Porochista’s memoir is brutally honest about how difficult it is for women to be believed, diagnosed, and treated. 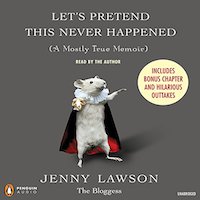 Let’s Pretend This Never Happened: A Mostly True Memoir by Jenny Lawson, Narrated by the Author

Sometimes I find it difficult to read books about other women with chronic illnesses, but Jenny Lawson possesses a unique ability to describe some of the worst moments of her life with the perfect amount of humor to ease the pain, and her audiobook narration adds perfect comedic timing. From the first few moments of the audiobook, her story sucks you in as you learn about her childhood in Texas, her father’s love of taxidermy, and all of the delightfully awkward situations in which Lawson finds herself. As an adult, she develops several physical and mental health conditions that create a whole new challenge, but Lawson tackles the difficulties with her characteristic humor and wit. I just adore anything this woman writes. 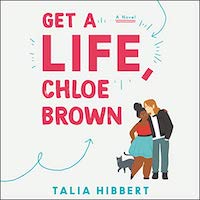 Get a Life, Chloe Brown by Talia Hibbert, Narrated by Adjoa Andoh

For whatever reason, chronically ill women are often desexualized, but romance author Talia Hibbert isn’t having any of that. Enter Chloe Brown, a self-described proud, fat, Black woman determined to make it on her own despite her chronic illness. But when a tall, red haired, brooding artist, who also happens to be the property manager of her building, jumps on the scene, Chloe Brown may lose her resolve and let someone into her heart. I loved this romance novel and how it celebrates Chloe in all her glory. Her chronic illness isn’t the center of the story; it’s just one part of who she is. If you need a happy pick me up, this novel hits just the spot. And, as always, Adjoa Andoh’s narration brings the book’s characters to life in just the right ways, every single line of dialogue delivered with the perfect amount of personality.