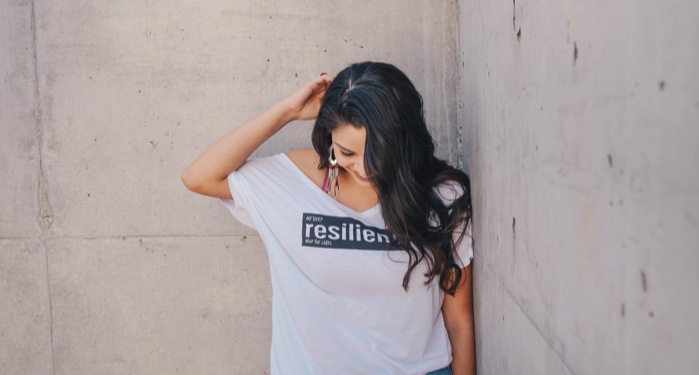 Spirit Run by Noé Álvarez, on sale now from Catapult. 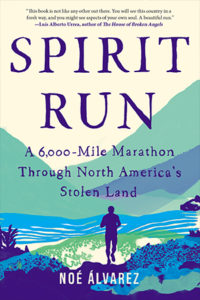 Spirit Run is the electrifying debut memoir of a son of working-class Mexican immigrants who fled a life of labor in fruit-packing plants to run in the Peace and Dignity Journey—a Native American marathon from Canada to Guatemala—challenging himself to reimagine North America and his place in it.

Women’s History Month isn’t just about looking at what women have done in the past; it’s also about appreciating what women are doing now! Each of these authors tackles feminism from a different angle, giving their own unique perspectives on women’s rights. I felt both encouraged and challenged by these nonfiction audiobooks about feminism, and I hope you love listening to them as much as I did! 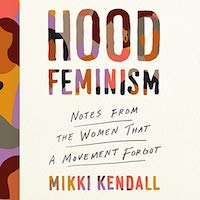 Hood Feminism: Notes from the Women that a Movement Forgot by Mikki Kendall, Narrated by the Author

Hood Feminism is one of the best books on feminism that I have read in recent years. Each chapter discusses a different topic that is often left out of the mainstream feminist movement. While most of the essays focus on Black women’s experiences, Kendall includes women and femmes from a wide range of identities, including people with disabilities, Indigenous women, and LGBTQ+ individuals. I listened to this audiobook along with the text and ended up running out of tabs! It’s just THAT good. 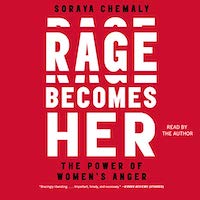 Rage Becomes Her: The Power of Women’s Anger by Soraya Chemaly, Narrated by the Author

Why DOES society consider it so unladylike to express anger? Why is anger viewed as a masculine emotion? In Rage Becomes Her, Chemaly analyzes women’s anger, how historically women have been pressured to keep everything bottled up, and what that does to women’s bodies. Each chapter is like a truth bomb pointing out how many societal norms are based on our ideas around what are considered feminine and masculine emotions. 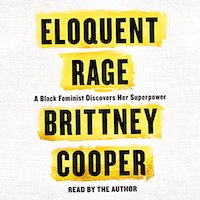 Eloquent Rage: A Black Feminist Discovers Her Superpower by Brittney Cooper, Narrated by the Author

Brittney Cooper is a joy, and I loved listening to her use anecdotes from her life as to share her perspective on being a Black, feminist woman. The entire time I felt like we were sitting down for a cup of coffee while she told me about her ideas around class, gender, and race. This is one of those audiobooks I keep buying for my friends and insisting they stop everything and read. 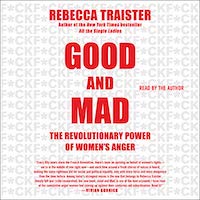 Good and Mad: The Revolutionary Power of Women’s Anger by Rebecca Traister, Narrated by the Author

Like many women during the 2016 election, Traister was excited to elect the first woman president of the United States. When that didn’t happen, Traister found herself talking to other women, and time after time, these women expressed incredible anger that Trump was elected. In Good and Mad, Traister writes about the election and how women’s anger has been a crucial part of the political response. 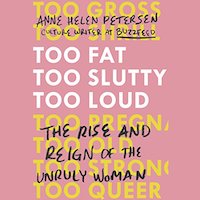 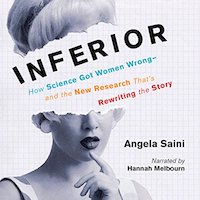 Inferior: How Science Got Women Wrong—and the New Research That’s Rewriting the Story by Angela Saini, Narrated by Hannah Melbourn

As a woman with a disability, I frequently find myself trying to explain how our medical industry is still incredibly sexist. I love having Inferior to hand to others and say, “Here, just read this! It will explain everything.” Saini’s text doesn’t require you to have a medical degree to understand the topics she’s discussing. Her text is incredibly accessible and breaks down how America’s modern medical system favors men in so many different ways without losing you in all of the information. 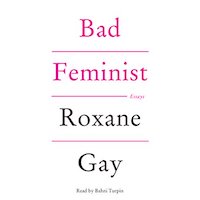 Six years ago, I picked up Bad Feminist and read the words, “I would rather be a bad feminist than no feminist at all.” A couple years ago, I returned to these essays on audio and rediscovered the joy and insightfulness of this collection. As a perfectionist myself, I appreciated Gay’s down-to-earth approach to her thought process. Whether she’s talking about a Scrabble tournament or analyzing pop culture, this collection encourages readers to look at their everyday lives and not to kick themselves every time they mess up. We don’t have to be perfect to make a difference.