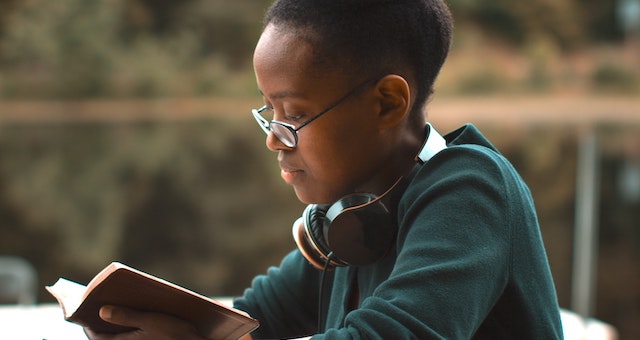 I am a Black woman who loves sci-fi and fantasy. I have been a huge fan since I read The Giver in middle school and my brain exploded. After that, it was A Wrinkle in Time and The Hobbit and I never looked back. I can’t count the number of sci-fi books I’ve read to date. I’m embarrassed to admit, however, that I only recently realized that Black women write sci-fi. These weren’t the books that have been recommended and marketed to me, despite the fact that people like me were so blatantly missing from the books I love. So I began to try and diversify my bookshelf. Let me tell you: it was revolutionary. Here are 3 sci-fi books by Black women that absolutely changed my life. 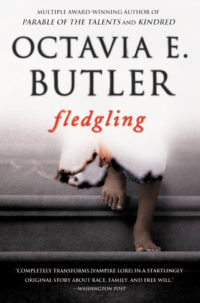 Yes, the first I ever heard of Octavia Butler was randomly picking up the audiobook of Fledgling. (I do, indeed, live under a rock called white supremacy and patriarchy, thanks for asking. Octavia Butler is the absolute queen of Black women sci-fi writers, so if you are interested in the topic of this post and you don’t know her, read more here.)

In this, her final novel, Butler tells the story of a girl with amnesia who turns out to actually be a 53-year-old vampire. I had devoured the Twilight Saga (including the extra novella and the unreleased version from Edward’s perspective), Charlaine Harris’s entire Sookie Stackhouse–centered The Southern Vampire Mysteries, several of the Anita Blake Vampire Hunter books, and Anne Rice’s Interview with a Vampire, Queen of the Damned, and a few others before I found Fledgling. (I can feel you judging me. Stop it. This is a safe space for book nerds of all tastes.) Fledgling was mind-blowing because the MAIN CHARACTER was Black and her dark skin was extra awesome in making her resistant to sunlight. I was hooked and have been reading Octavia Butler ever since. 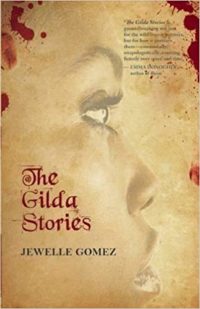 I’m not actually obsessed with vampires. I didn’t even realize that I was including two sci-fi books by Black women featuring vampires, but here we are. This book really rocked my world because it’s a “mirror” text for me in multiple ways. One of my friends texted me and said, “You have to read this book. It’s about a bisexual Black vampire who is an ex-slave and joins a coven of lesbian vampire women.” I was SOLD. It did not disappoint in the least. 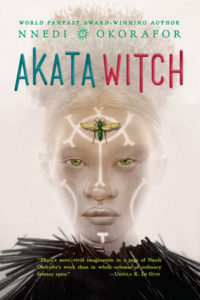 In Akata Witch, children of African descent learn that they are full of latent magic. I mean, actual magic beyond the normal #BlackGirlMagic. (I know this doesn’t technically count as sci-fi, but it’s my list and I say magic is just science we don’t yet understand.) As a bonafide Potterhead, this fantasy novel hooked me with that one idea. It kept me on the line with the incredible world of Africanfuturism that author Nnedi Okorafor created. Sunny, an American-born child of West African parents, is treated as an outsider. She’s not American enough or African enough. She is athletic, but due to her albinism she can’t play in the sun. Nonetheless, she is strong and smart. She’s a protagonist that is easy to identify with. Akata Witch is the first in a series.

There are several more sci-fi books by Black women that I’ve read and loved recently. There are also many other authors that I’m hoping to read soon and think you should know about. Here are a few: