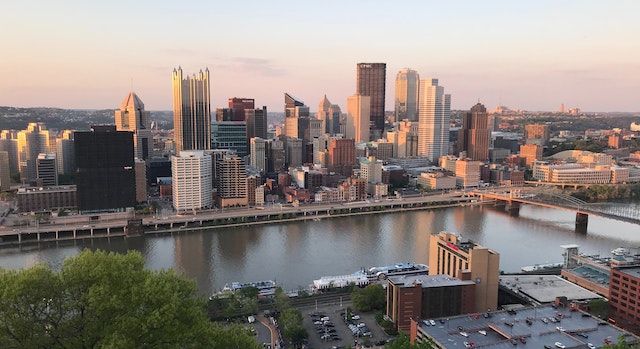 I love spooky stories, especially those that grow out of tiny truths, giant bags of butter-drenched movie theatre popcorn with their roots in humble dried kernels. I love ghost tours and haunted hotels and lake monsters and cursed jewelry. I’m fascinated by the tales behind books made from human skin and by necropants. I love the way people take tiny details and spin epic stories from them, adding bits and pieces and details and rumors and fourth hand accounts and personal experiences until those legends take on heft and weight and become integral to the fabric of a place. 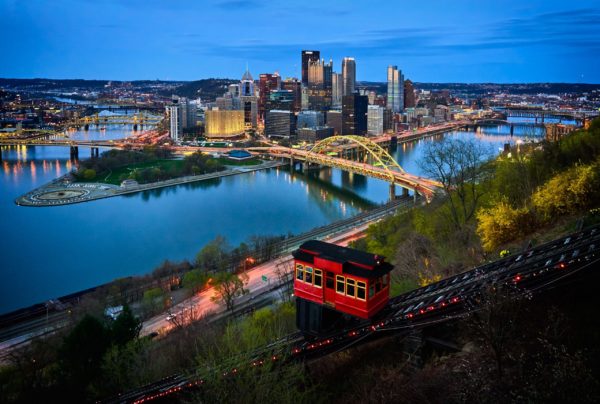 I live in Pittsburgh, a city that has recreated itself multiple times, most recently in the last decade. Pittsburgh is a crossroads built at confluence of three rivers, populated by a convergence of people and cultures and histories. Anything can happen hereabouts and almost everything has at one time or another.

We have a lot of stories. Here are a few of my favorites, along with the creative teams I would choose to bring the graphic novels and comics to life if I were in charge of this imprint.

Though taxidermy is back in vogue as a hobby, most folks stick to smaller critters like squirrels or the odd cat. Back in ye olden days, however, naturalists were big on not only preserving creatures large and small but in posing their work in elaborate dioramas. A bit macabre, perhaps, and not something we’re as likely to do in this age of 3D printing and practical effects. No sense in reinventing the museum display, however, and many of these dioramas have been carefully preserved by various museums over the decades so we might continue to learn from them.

No matter how meticulously tended they are, however, organic tissue is fragile and most exhibits eventually need at least some repair. Museums see these interludes as opportunities to study technique and materials more closely, sometimes running imaging, such as CT scans and X-rays, to get a look at the guts of the thing without pulling it apart.

Which is how they found a human skull in this diorama housed at the Carnegie Museum of Natural History.

Edourad Verreaux and his brother, the piece’s creators, are notorious for having used not only animals, such as these now extinct Barbary lions, in their work but for plying their trade on human remains (how these remains were acquired is not noted in Mason Verreaux’s records but is assumed to have been…unsavory at best). As you might imagine, the Brothers Verreaux did not use their fellow Europeans in their displays but, rather, the bodies of people native to various African regions. The mannequin displayed in Lion Attacking a Dromedary is primarily synthetic but the skull, with teeth intact and visible, is definitively human. When the skull was found on CT, the Carnegie looked into repatriating the remains but, unfortunately, there is no record of the skull’s acquisition (shocking, I know) and DNA testing doesn’t provide specific enough evidence to determine a point of origin or genetic line.

The history itself is horrific enough, the self-righteous privilege of colonialism allowing men to justify using the bodies of other people to create dramatic tableaux. I wonder, however, if in the hands of an #ownvoices creative team, some supernatural elements might be added to craft a terrifying revenge tale; the Verreaux brothers certainly have it coming.

Various roads in the Pittsburgh area have laid claim to the legend of 13 Bends. No one is certain which is the original or how the story evolved but these days, most folx on the hunt for haunts drive Campbells Run Road in Harmarville, a town about 20 minutes outside of the city. This particular Campbells Run (it’s a popular street name hereabouts) is a dead end, dirt road with 13 curves in it. When you’re driving up the road. Those who brave the trip swear that on the return trip, the exact same road only has 12 bends. Curious for sure, but terrifying? Only when you add the rest of the pieces.

The website Try To Scare Me claims records of Campbells Run go back as far as the 1780s. Rumors has it an orphanage was built at the spot where Campbells Run Creek crosses the road in 1800 (oh, those crossroads); one fateful evening, a ward of the facility was playing with matches and accidentally set the building on fire. Several children were killed in the blaze and others died later from their injuries. Some versions of the story put the number of casualties at 13—take that as you will. People driving 13 Bends at night claim to hear children crying, fire bells ringing, and splashing in the creek (an echo of those trying to put out the fire). Legend says if you stop your car at the first bridge on the road and put talc or flour on the hood of your car, you’ll find tiny handprints in the powder when you come to the end.

Like so many spots around the Pittsburgh area, Campbells Run Road also led, at one point, to a mine. When it collapsed, three miners died. People who travel the road during the day claim to have met the miners’ ghosts who disappear once they realize they’ve been spotted.

A perfect book for Halloween. Or any given Friday the 13th.

The Early American Room at the University of Pittsburgh Library

If you’re a Pitt person, it’s the Cathedral of Knowledge. If you’re Carnegie Melon folk, it’s either The Tower of Ignorance or Frank Lloyd Wright’s Last Erection. Regardless, it’s home to the Nationality Rooms, classrooms that allow Pitt students to immerse themselves in the physical culture of immigrant groups vital to Pittsburgh’s history and still vital identity as a confluence.

Of course, it would be the Early American Room that has a cranky ghost. A certain Mrs. Martha Jane Poe, who died in 1936, moved in with her wedding quilt, which is displayed in said room. Knowing her affinity for turning down the covers and rocking the furniture, it will come as no surprise that she was related to famed author Edgar Allen Poe (my brain wants to involve him in this story by having him cast some shady spells as story research, whiffing them, and accidentally linking Martha Jane to the quilt for ever and ever amen).

Whatever you do, don’t mess with Martha Jane’s stuff. Those who interrupt her order are sometimes met with objects being thrown on the floor, cracked photographs, the cradle in the corner rocking, and the wedding quilt being thrown around the room.

Do you have to believe to enjoy these stories? Absolutely not. Urban legends and ghost stories are fascinating even when you know they’re entirely fictional because there’s always a reason someone chose to create that specific story. Collecting the stories that persist and grow give you a sense of place and culture, of the ways in which people came together and made new homes. Of the the ways in which “I” became “we.”

And admit it: being creeped out is fun.