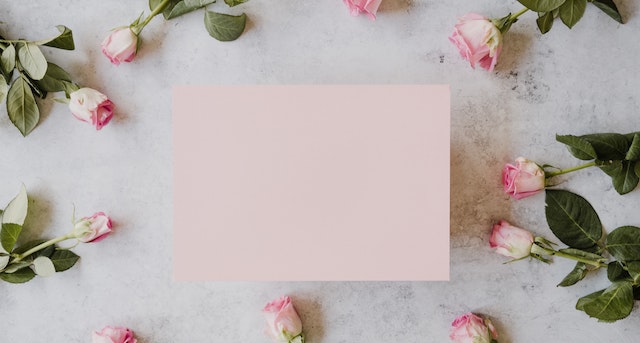 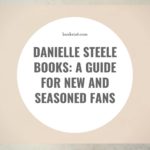 Danielle Steel is one of the most iconic romance and suspense writers as well as the bestselling author alive. With a bibliography list well into the hundreds and more Danielle Steel books published every year, it can be intimidating for new Steel readers to begin reading her novels. But because her novels are full of lovable characters and plots with unexpected yet satisfying twists, it’s well worth the effort.

If you want to dive into Danielle Steel books but are not sure which ones to read first, this guide has got you covered. We’ll go over a few frequently asked questions about Steel’s work, provide a reading pathway for new Danielle Steel fans, and go over a few upcoming books to look forward to.

How many books has Danielle Steel published?

As of writing, Danielle Steel has published over 185 books. This number, however, is always changing as Steel is a prolific writer and publishes multiple books each year. Considering that she’s reported to work 20-hour shifts to finish her novels, her publication rate is astonishing but comes at no surprise!

What are the different Danielle Steel series?

Most of Danielle Steel’s novels are standalone books. That being said, she primarily writes in the romance genre. Additionally, Steel has written several picture book series, including Max & Martha, Freddie, and Pretty Minnie.

What is Danielle Steel’s most popular book?

According to Goodreads, Danielle Steel’s most popular book is Safe Harbour. A few additional reader favorites include Sisters, The Gift, and Kaleidoscope.

Start With a Few of Steel’s Best-Loved Novels 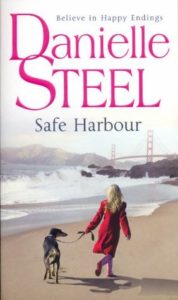 When Matt Bowles runs into 11-year-old Pip Mackenzie on the beach, he knows that his life is about to change forever. Pip bears a strong resemblance to the daughter he lost custody of following his divorce. Matt, an artist, offers to teach Pip to draw—and in doing so, he grows closer to her mother, Ophélie. Although Ophélie is still grieving the loss of Pip’s father, Matt fills up her life with joy and light again. Through their circumstances don’t get easier, Matt and Ophélie bond to each other keep them hopeful during the stormy moments life brings.

Three children, the orphans of a Frenchwoman and an American actor, are thrown into very different lives after being adopted by separate families. Hilary, the oldest, is the only one who remembers and grieves the loss of her family. But fate brings them together when they’re older to confront painful truths and heal from a devastating loss.

Four sisters following very different paths in life decide to rent a brownstone together in New York City. Though friends, pets, and even romantic partners come and go, the bond between these sisters is inseparable. And while each one eventually goes her separate way, they never forget the memories shared in New York.

Zoya, a cousin of the Russian Tsar, escapes to Paris following the Russian Revolution. Here, she joins the Ballet Rousse and becomes a prolific dancer. This novel follows Zoya throughout the course of her life as she loses and regains everything over the course of her chaotic youth to her golden years. 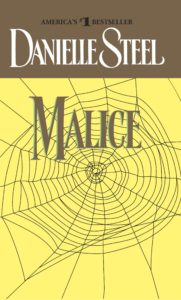 When Grace Adams is attacked on the night of her mother’s funeral, she would prefer to stay silent. It would be too dangerous for her to risk otherwise. And worse, she has many secrets that this crime threatens to bring to light. But when she meets Charles Mackenzie, a New York lawyer who wants to help her heal, she risks everything—her privacy and safety included—for a chance at happiness and freedom from an enemy who is hell-bent on her demise.

Against the odds and despite his family’s disapproval, Michael Hillyard is determined to marry Nancy McAllister. But, minutes before their wedding, an accident and terrible misunderstanding separates them. As they try to settle into their new lives, they long for each other and fight to keep the vow they made to never say goodbye.

Finish with Stories About the Power of Friendship and Family

The apartment on 44 Charles Street was far from perfect, but it was home to many for the most important years of their lives. From schoolteacher Eileen to cookbook writer Marya, this novel follows the joyful and tragic moments for each tenant—and all thanks to their landlord, the struggling art gallery owner Francesca. 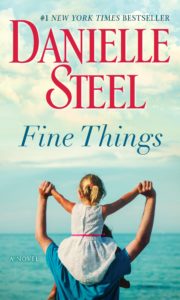 Bernie Fine, the senior VP of Wolff’s department store, travels to San Francisco to open the first branch on the West Coast. Despite his financial and career success, however, Bernie can’t help but feel like his life is empty in the areas that matter most. But when Bernie meets single mother Liz and her daughter Jane, he finally feels like he’s found the family he’s always wanted—until tragedy cuts his time with Liz short and he struggles to pick up the pieces.

By chance or by fate, four young woman become roommates during turning points in their life in New York City. There’s shoe designer Claire, struggling writer Abby, medical student Sasha, and Wall Street finance guru Morgan. As the years pass, they become more like a family than just friends despite the bittersweet understanding that someday, their paths may take them far from the apartment.

As one of the most prolific romance writers, it’s no surprise that Danielle Steel has more than a few books slated for publication in the coming months. Here’s a preview of what books Danielle Steel fans have to look forward to this year. 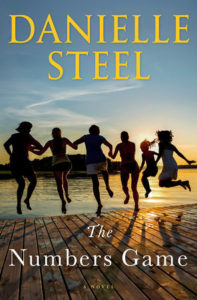 From the outside, Eileen’s life as a mother in small-town Connecticut seems perfect. But when she discovers her husband Paul is cheating on her with a younger woman, she decides that it’s time to follow her own dreams instead of what she’s expected to do. Soon, she leaves her hometown for Paris to attend the Le Cordon Bleu culinary arts school. Interwoven with the story of her husband’s mistress Olivia, Eileen’s adventure is one redefines her and what she believed was possible for her life.

Following the story of four generations of women in California, only one thing stays consistent: a wedding dress beloved by each person who wears this. This epic family saga will explore love, tradition, and and destiny from the 1920s to the present.

Following the death of his wife, J.T. Tucker moved to California and built the largest ranch in the state. When he dies suddenly decades later, his three daughters inherit the ranch. Together, they explore the ranch and the letters left behind to try and understand their relationships with their late father. 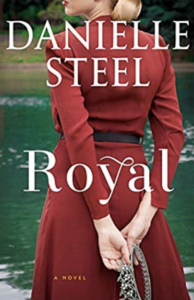 To protect her from the carnage and tension of World War II, Princess Charlotte is sent to live in the countryside due to her poor health. Headstrong and stubborn, Charlotte is reluctant to hide while the rest of her family remains in London. But then, she falls in love with the son of the family protecting her. All her life, Charlotte has longed not for a life of royalty but a normal life. As she grows closer to this family, that almost seems possible until tragedy strikes. But secrets can’t be kept forever, and a long-lost princess will be discovered in the unlikeliest of places.

As of yet, little has been revealed about this upcoming novel by Danielle Steel, but Penguin/Random House describes it as a “dazzling” contemporary romance.