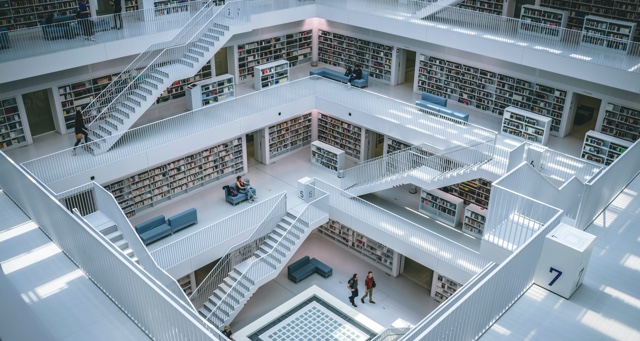 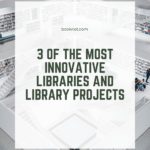 Libraries have always been a symbol of discovery, be it of humanity’s knowledge or just a good book. From the tragedy that was the burning of Alexandria’s library to today’s innovative libraries that break the boundaries of technology and sometimes even the boundaries of time and space.

Libraries evoke a lot of emotions in the minds of readers. You can think of Hermione pouring over books trying to find solutions to the most fantastical of problems. Or you can think of the Library Planet in Doctor Who, haunted but holding all of humanity’s knowledge. Maybe you can recall all the wonderful discoveries you made in your own local branch. I don’t think anyone would argue against libraries publicly, even though there is always the exception to the rule. That is because what they have represented for so long all around the world: memory. Libraries hold stories, and because of it they hold The Story. The story of us, both as individuals and as a whole.

Libraries were built to be temples to knowledge, more specifically temples that accommodate all knowledge. Therefore, they have been at the forefront of political and technological innovation. I have recently come across a few library models and tools that prove that libraries aren’t static in design, technology, or change. More than ever, libraries are trailblazing institutions in the way we understand, categorize, and collect knowledge for future generations. You can even think of your own personal library and how you organize it. You can think of Borges or Manguel, making their libraries into fantastical spaces that tell us more about ourselves than the books they actually hold.

Today, libraries are also some of the most endangered cultural institutions. Being thorough backlash from hateful groups or government defunding . So, it is important to look out into the world for inspiration. To see that there is still a lot to discover, to achieve, and to admire when it comes to one of the world’s most essential and eldest institutions.

You have probably heard of one of the greatest tragedies to humanity that happened in the ancient world, the burning of the Library of Alexandria. The Library of Alexandria was the most significant catalog of knowledge in the ancient world, all of which was tragically lost in a fire. However, a few years ago the city of Alexandria, Egypt, held a design competition to re-construct the new Library of Alexandria. The winning project was designed by the Scandinavian firm Snøhetta. It certainly lived up to its expectations. Housing thousands of titles, including the biggest collection of French texts in the Arab world and hundreds of Arabic manuscripts and political documents. The Bibliotheca Alexandrina, as it has been named, has become a proud symbol of Alexandria’s innovative and creative spirit. With everything from high-tech research databases and a community center out of an Architectural Digest cover, the new library of Alexandria is not a substitute for its long-lost predecessor. Still, it has successfully gained a lot of local love. Over the last years, Egypt has had some instability. Through the many political protests, the citizens of Alexandria have put themselves on the line for their library. In 2011 Alexandria’s citizens formed a protective ring around the building so that no one could come inside during the protests to steal or destroy anything inside. It was a success in the end only one window was broken, and all the contents of the library were safe. Later that year, the library opened its doors again, and you can now visit the facilities in full. I recommend checking out their website, which provides you with all the tour, catalog, and research information you might need.

Category ID: 45597
Check Your Shelf Newsletter
Sign up to receive Check Your Shelf, the Librarian's One-Stop Shop For News, Book Lists, And More.
Thank you for signing up! Keep an eye on your inbox.
By signing up you agree to our terms of use

Conceived by Scottish artist Katie Paterson, The Future Library located north of the Norwegian capital of Oslo is a time capsule library that started in 2014. Together with some Norwegian public service officials and publishing representatives, Paterson created this project to make a statement about climate change. Every year, an author is chosen for their remarkable contributions to the art of literature on a global scale. The author is invited to submit a piece that hasn’t been published, which is then placed in a time capsule that will only be open in 2114. With this time capsule comes an entire ceremony, several interviews, and essays by said authors, all of which you can find on their website. Amongst those that have been chosen are Han Kang and Margaret Atwood. However, the most remarkable aspect of this project is the fact that every year, several trees are planted in the Nordmarka area where the capsule is being housed.  The goal of this project was not only to create a great capsule works, but also provide a sustainable way in which such works may be published in the future so the process could be self-sustaining. Katie Paterson, as an artist, has always been very focused on Climate Change and its effects on life on earth, and this is the result of imagining an industry that could create a self-sustaining process without detriment to the environment or over-reliance on fossil fuels and modern tech (like it would be the case with ereaders). I highly recommend checking out their website, which offers a variety of information and content.

An independent institution created by two former Library directors: Maija Berndtson, from Finland, and Mats Öström, from Sweden. Library Ranking Europe has as its primary goal to rank and thus improve the quality of the services provided by libraries all over the European continent. Their ranking system is quite detailed, and it includes everything from tourist adaptability to how attractive the library building is from an architectural perspective. More than anything, Library Ranking Europe provides for innovation is a sort of travel guide for anyone interested in books, architecture, and sometimes politics in the European continent. So, if you are a nerd for these things (like I am), I highly recommend checking out their website, and maybe making some travel plans while you are at it. Even if this isn’t a library per se, I think it is an exciting tool to incentivize not only innovation but also tourism to libraries.