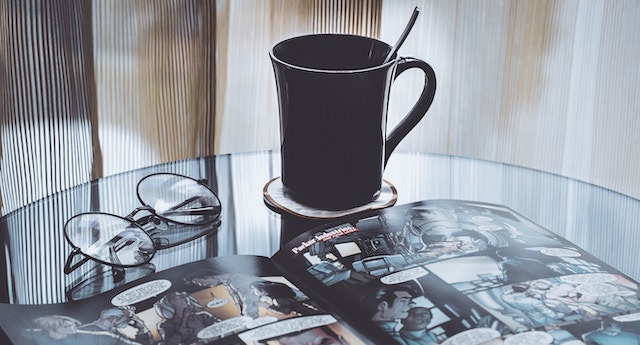 On Friday, The Hollywood Reporter announced that Dan DiDio has left DC Comics, a story later confirmed by Polygon. This is a fairly seismic change, as DiDio has been all but synonymous with DC for nearly two decades now.

DiDio began his tenure at DC in 2002 as Vice President-Editorial, as well as an occasional writer. In 2004 he was promoted to Vice President-Executive Editor, DC Universe. In 2010 he and Jim Lee were named co-publisher of DC Comics, a title he has held since.

As an editor, he is probably best known for the “New 52” reboot of DC’s entire publishing line in 2011. This drastic reimagining of the DC Universe was controversial, with a mixed critical reception, significant fan anger, and opinions still divided on whether it had the intended effect of increasing sales. It was also noteworthy for shrinking DC’s percentage of female creators from an already abysmal 12% to 1%.

In recent years, DC has been dialing back the changes made by the New 52, first with 2016’s Rebirth and now, DC has teased, with events slated for later this year. We don’t know at this point whether the split between DiDio and DC was his choice, theirs, or a mutual decision, but there is already speculation that the rolling back of the New 52 is a significant part of it.

As of this writing, the past few hours have seen an outpouring of comments from comic book creators and other DC employees, hasty retrospectives of DiDio’s tenure, and the aforementioned speculation. After so many years and with such a significant role, it will take a long time to properly assess the DiDio Era, and opinion will always be divided.

It’s unquestionable, however, that Dan DiDio’s name became associated with every decision DC made, almost universally in a negative way. Reboots, retcons, character deaths, firings, lack of representation, and just plain bad comics were all laid at his door, while his fellow co-publisher Jim Lee remained mostly unscathed. I’ve seen suggestions that he took this heat deliberately, because someone had to, and it shielded creators and staff from similar vitriol. I have no idea if that’s true, but the very public face of the guy at the top is always going to get the blame.

And he certainly has positive things to boast of from his tenure. DC has improved the gender balance of their creative pool—March 2020 will have 34% female creators, not 1%. (Not a more representative 50ish%, either, and few if any nonbinary creators, but…) DiDio championed a number of wonderful books that struggled sales-wise, particularly books with queer leads like Midnighter and Secret Six, and pushed for projects that got comics out of specialty stores and in front of casual readers (especially kids), like the 100-Page Giant comics sold at Target and Walmart. And I can’t say enough good things about DC’s kids and YA lines.

He also had the stated goal of “taking the smile out of comics.” He was repeatedly reported as being hostile to young female fans at conventions, particularly when they asked why the New 52 had so few female creators, barking at one: “Who should we be hiring? Tell me right now. Who should we be hiring right now? Tell me.” (I don’t know, Dan, that kind of sounds like your job to figure out!) Most damningly, he shielded and retained editor Eddie Berganza, a notorious serial harasser and an industry-wide open secret, for years, until a Buzzfeed expose drew enough scrutiny that DC was forced to fire Berganza. Nothing, however, seems to have been done about DC’s other known bad actors. None of this should be forgotten in the inevitable wave of adulation and gratitude that comes at the end of an era.

Because we may find out more about what led to DiDio’s departure from DC and we may not, but either way, this is indeed the end of an era. I look forward to seeing what DC becomes in the next one.