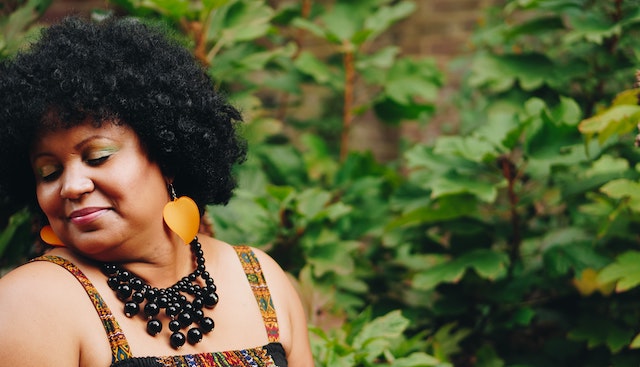 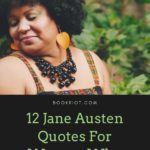 Jane Austen has written many quotes for women who take up space. These woman are my kindred spirits. I am 100% here for women who demand to be seen, heard, and heeded. It’s the kind of woman I strive to be.

I am a Black woman who loves Jane Austen. I know that Austen wrote with no thought of people like me and I don’t care. As a Black woman in academia, I am skilled at navigating spaces not made for me. I revel in excelling in places and enjoying things that I was never meant to access. Call me petty or call me unbothered, either way I’m going to keep unapologetically taking up space.

This brings me to my love of Jane Austen. She broke down barriers to join the “classic” literature boy’s club. As a woman, Austen was not supposed to embarrass her family by being a famous writer instead of living a quiet domestic life. She published anonymously, like many women did at the time, with her male relatives signing the contracts on her behalf (since, of course, women didn’t have the legal power to sign for themselves). She was repeatedly burned by the publishing world. Plus, her family tried to erase much of her life from public knowledge.

Despite all of that, Jane Austen remains one of the most beloved writers of all time. She takes up space in a world that tried to keep her small. Over 200 years after her death we are still reading and writing about her work.

For my fellow women who take up space, here are 10 quotes from Jane Austen to inspire you to keep doing you. 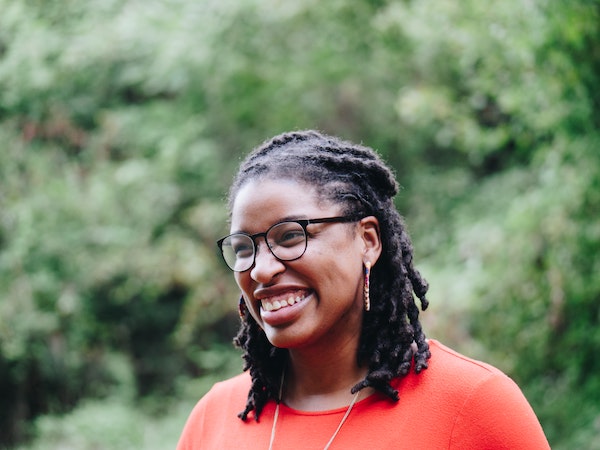 Part of taking up space is taking risks. Jane Austen demonstrated that in her life and literature. There will always be obstacles and naysayers, but we have to overcome them.

“There is a stubbornness about me that never can bear to be frightened at the will of others. My courage always rises at every attempt to intimidate me.” —Pride and Prejudice

“If adventures will not befall a young lady in her own village, she must seek them abroad.” —Northanger Abbey

“It isn’t what we say or think that defines us, but what we do.” —Sense and Sensibility

People will have opinions. They will critique and judge our decisions. Even our families and friends may misunderstand us, but we have to live our truths.

“We have all a better guide in ourselves, if we would attend to it, than any other person can be.” —Mansfield Park

“I am only resolved to act in that manner, which will, in my own opinion, constitute my happiness, without reference to you, or to any person so wholly unconnected with me.” —Pride and Prejudice

“I do not want people to be very agreeable, as it saves me the trouble of liking them a great deal.” —letter to Cassandra Austen, Dec. 24, 1798

On Men and Matrimony

I often wonder how anyone puts up with men. Clearly Austen did too, as she is a fount of hilarious quotes about how much they suck. Since her characters are often very happy in the company of women, I conclude that dating women is a logical answer to the trouble with men. Regardless, much like the prophet Lizzo, Jane Austen reminds us not to settle.

“Give a girl an education and introduce her properly into the world, and ten to one but she has the means of settling well, without further expense to anybody.” —Mansfield Park

“The more I know of the world, the more I am convinced that I shall never see a man whom I can really love. I require so much!” —Sense and Sensibility

“A woman is not to marry a man merely because she is asked, or because he is attached to her, and can write a tolerable letter.” —Emma

“What are men to rocks and mountains?” —Pride and Prejudice

Want more love for Jane Austen? Dig into the Jane Austen heroines ranked by badassery, as well as the best Jane Austen sentences.