Ah, Valentine’s Day. The commercially created holiday that draws think pieces about love, marriage, and romance novels. But we’re not going to talk about that. Instead, let’s talk about my new favorite trend: holiday romances.

For so long, “holiday romances” were about Christmas. Even now, Christmas is the most common holiday in any romance section, but there have been more of the winter holidays showing up in the past few years. But even then, where were the Halloween romances? Where were the Thanksgiving romances? Where were the Valentine’s Day romances? (Yes, I can name at least one romance set around Halloween and Thanksgiving that has come out in the past five years, but there should be 50 coming out at each holiday lolsob.) 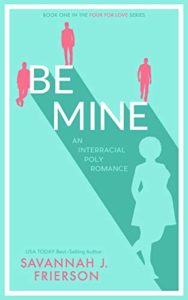 Be Mine by Savannah J. Frierson

Ingrid has three roommates. She loves them all in their own ways. When Valentine’s Day comes around, she decides to ask one of them to be her Valentine…which is a surprise to everyone involved! What surprises her most, though, is what comes next: all three are determined to be hers for more than just the holiday of love. But is this kind of relationship something she’s ready for? 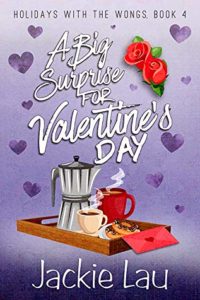 A Big Surprise for Valentine’s Day by Jackie Lau

The fourth book in Lau’s Holidays with the Wongs series (which I have loved, I mean come on—Lunar New Year romance! Canadian Thanksgiving! Last year, as part of a different series, she wrote a Pi Day book!) gives us the final Wong sibling to have not succumbed to Cupid’s arrow. Amber runs into old family friend Sebastian late one night in a convenience store and the pair begin a no-strings sexual relationship. But as Valentine’s Day draws near, Feelings emerge. 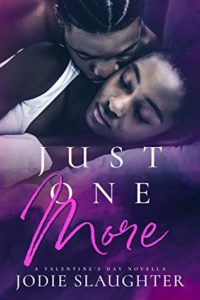 Just One More by Jodie Slaughter

What starts out as the worst Uber pool Whitney has ever experienced turns into something much better when both she and Vic, who had spent a good amount of that ride pressed up against her, get out before reaching their destinations. It’s Valentine’s Day and she just wants some cupcakes from her favorite bakery, but he would like to end on a high note after a bad date and invites her for dessert instead. Dessert becomes a night together, which becomes more, as the pair finds they can’t get enough of each other. Just one more, indeed. 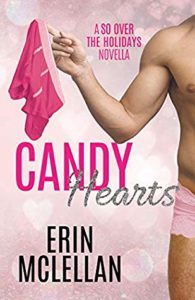 Benji Holiday could kill his sister Sasha when he arrives at the lakeside Valentine’s Day house party she invited him to only to discover that the property’s power is out and the property owner wasn’t expecting company for another day. But William is more than happy to have him stay. The pair tiptoe around each other for a while before they acknowledge their attraction to each other, and Benji suggests the pair—who are both hesitant to start anything serious—be fake valentines. Be romantic. Have some sex. Stare at the lake, look at the moon. But what happens when people start showing up?

There are a couple more on my radar to check out, including Alexandra Warren’s A Tale of Two Cities: A Valentine’s Novella and Special Delivery Valentine by Roz Lee.

I know Valentine’s Day is one of those holidays that people either love or hate, but what better way to spend the long weekend than with a bunch of romance novellas and some Saturday-bought chocolate?