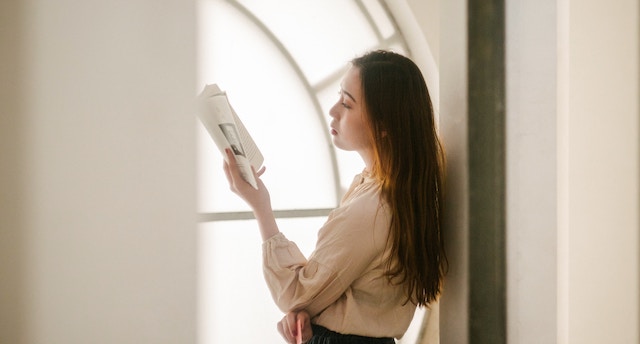 I like to believe we’ve all had that moment when you are reading a really popular book, a book that everyone has recommended to you and that you think you are going to love, and then something ridiculous happens—an outrageous plot twist or a really unsatisfying ending, perhaps—and you break the fourth wall in your own nonexistent sitcom and say out loud, “What the hell did I just read?” If you’ve ever consumed a piece of popular culture—a book, a movie, a television series, an album—chances are you’ve been met with the realization that you don’t like something that other people appear to be obsessed with.

The inclination to hate popular things, whether you have a reason to or not, becomes so much easier when popular culture, let alone social media, is constantly bombarding you with it. Read this book, it’s an international bestseller! Watch this movie, it’s nominated for 14 Oscars! It makes your bitterness or hatred all the more valid when you typically like critically acclaimed books or movies, but you personally did not enjoy it.

I’m a staunch advocate for holding a grudge against books or movies that I think I’m going to love and then they end up wasting my time. But while your own personal opinion is allowed to differ from the popular one, it doesn’t make you any cooler, more interesting, or more important for hating something popular that other people genuinely enjoy. This I can personally confirm. Say it with me now: hating popular things does not make you an interesting person!

It took me a long time to learn that hating popular things was not an admirable personality trait nor something that made me cooler than everyone else. Even to this day, I struggle to allow myself to read a popular book or see a popular movie until the hype has died down. Some of this discipline is justified, since if a new book is popular but I don’t want to buy it, it will probably have a million and a half holds on it at the library. But that also tends to be an excuse I use to hide my opinion that other people tend to ruin things.

It’s a weird, deeply rooted introvert quirk I have: I want things to be just mine. I pretend I exist in my own meticulously crafted daydream where things like books and movies can belong to me and only me, as if they weren’t made for the entire world to enjoy. As a result, I often gravitate towards older or lesser-known books, movies, and television shows so I can imagine I’m the only person who has ever consumed them and that, on some level, I have better taste than everyone else.

But I don’t have better taste than everyone else. Which books I read or which movies and television shows I watch does not make me more important than anyone else. People like what they like. You’re allowed to not like popular things for whatever reason you see fit—seriously, it’s fine to be the biggest snob who ever lived—but it’s up to you to decide what you do with those opinions. If you dislike something very popular that is known to bring millions of other people joy, maybe just roll your eyes and move on with your life. I’m also a big fan of asking ourselves why we dislike something. I really don’t like when people say they don’t like something “for no reason.” Dig deeper. Demand honesty from yourself. There’s always a reason.

I’m someone who is either utterly obsessed with something or completely uninterested, there’s no in between. I don’t “like” things—I either read a book or watch a movie and forget about it five seconds later, or I change my entire lifestyle and personality based on what it was until I find something new. But I’ve been trying to unlearn these tendencies. Destroy the notion that you can’t enjoy things without being obsessed and knowing every single solitary piece of information about them. That’s a lie perpetuated by people with compulsive, Type A personalities such as myself. Read what you want, watch want you want, and remember that nobody is better than anybody else.

Remember that it’s also okay to have opinions about things, whether you liked them or not. I can very rarely read a book or watch a movie for the first time without my brain going into critical and analytical mode. I’m a critical person who tends to have strong opinions on things I’m passionate about, e.g. books, movies, and other forms of pop culture, and that’s okay. My mother often tells me she doesn’t like going to the movies with me when I start reciting a harsh review during the drive home, but it’s just my opinion. I no longer try to force my critical opinions on others in an attempt to influence them with my supposedly “superior” taste. My opinions are my own, just like your opinions are your own, and they are for me and for whoever wants to read them. And honestly? For me, that’s personal growth.