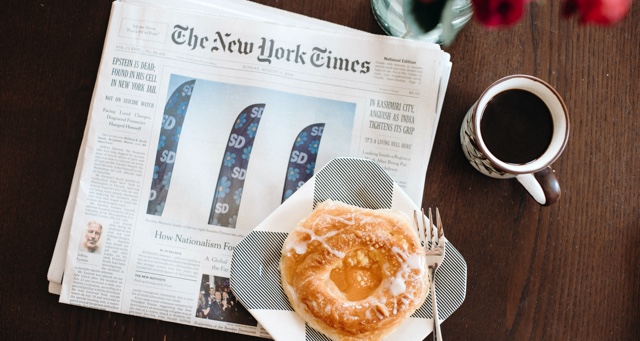 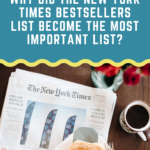 The New York Times is considered one of the most famous and reputable newspapers in the world. Like other papers, it is made up of sections like Business, Sports, and Politics.

One section that stands out for book lovers and people in the publishing industry is the Books section. The New York Times Best Seller list, in particular, is a big deal. While there have been controversies surrounding the list, especially concerning how the bestsellers are picked, its influence is undeniable.

So what’s the history of The New York Times Best Sellers list? How are books selected for it? What makes it different from other lists? And why is it THE list when it comes to bestsellers? You’ve come to the right place.

The New York Times has a long history. It was founded in 1851 and has run continuously since then, reporting on historical events in the U.S. and across the world.

As for the Best Seller list, that was created in the 1930s. It has evolved over time and as technology has changed, new lists have been added. One example are the audiobook lists. Notably, the list doesn’t focus on the books with the best reviews—the focus is on sales.

In addition to the audiobook lists, there’s a Hardcover Fiction list, a Paperback Nonfiction list, and a Children’s Picture Book list, just to name a few.

Which books end up on the list? The New York Times has published an article explaining their methodology, such as the criteria to be considered for the list, how they define sales, and when bulk purchases are made.  There are also standards in place at the company, which includes the Best Seller list.

Exactly which stores send data on sales for the list is information that’s kept private.

Part of the reason the list is so popular is because it comes from The New York Times. It’s considered impressive to be able to say that you’re a “New York Times Bestselling Author.”

A 2005 Stanford study found that millions of readers look to The New York Times Best Seller list. Per Alan Sorensen, a professor cited in the study: “the majority of book buyers seem to use the Times’ list as a signal of what’s worth reading.” Also, new authors apparently get the biggest boost by a list appearance.

According to Cohen, what makes the list stand out is that it “has endeavored to give readers a real snapshot of what is selling broadly across the United States. Because of our application of the journalistic standards of The New York Times, we have earned the trust and respect of our readers.”

No bestseller lists are identical, although they may share some book selections. A few of the competitors of The New York Times Best Seller list in the U.S. are those in USA Today and Indiebound, per The NYT itself.

A Bit Of Controversy

On occasion, getting on The New York Times Best Seller list is not without controversy, and a few books have been removed from the list. Select titles, like Handbook for Mortals by Lani Sarem, have come under scrutiny for allegedly buying their way on the list.

Another headline-grabbing development on the list happened in 2019 with the book Triggered by Donald Trump Jr. The New York Times reported that the book made it onto the Best Seller list because the Republican National Committee bought almost $100,000 worth of the book. This type of sales led to questions about whether the book’s high ranking on the list was deserved.