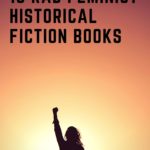 This list of feminist historical fiction books is sponsored by Doubleday, publishers of The Illness Lesson by Clare Beams. 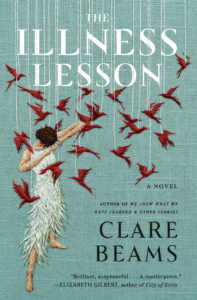 It’s 19th century New England, and strange things are happening at the new Trilling Heart School. Recently founded by famed transcendentalist Samuel Hood and his daughter, Caroline, the school has only just opened its doors when a flock of mysterious red birds descend on campus, and, eerier still, the students begin to fall ill with strange symptoms. When the faculty turns to a sinister physician for treatment, Caroline begins to question her place at the school – and in the world at large.

Historical fiction is one of those genres that seems to inspire readers of all kinds and in all generations. It has undoubtedly been one of my favorites ever since I could read. I always loved how you can get transported anywhere in time, and read stories that don’t usually get told in history class. One of my favorite elements of historical fiction is the way we can learn from different perspectives, such as a feminist one. History isn’t really taught with the stories of women and disenfranchised people in mind. Because of that, many fiction authors have resorted to storytelling. To focus on the many lives that went unnoticed, but never fail to impact our history in its most profound ways. With that in mind, I put together a list of some of my favorite feminist historical fiction, plus a  few new releases I’m excited about. So you can get excited about your next ‘time-travel’ read. 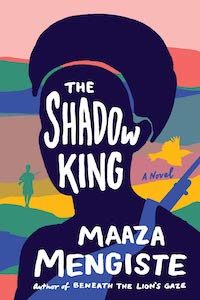 A historical retelling of the 1935 Italian invasion of Ethiopia, this lyrical narrative details the lives of actual women soldiers that fought against the imperialist powers of Mussolini’s regime and eventually helped Ethiopia conquer its independence. In focusing on a mainly overlooked historical episode of WWII, Mengiste provides a fresh and innovative take on the genre, while also providing a well researched and beautifully written piece of African literature. 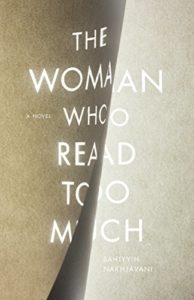 This one has at its heart an almost supernatural mystery. A remarkable and politically charged book focused on an Iranian poet and her predictions that leave a powerful man from the Shah to her Uncle dead. Full of political intrigue and magical realism, The Woman Who Read Too Much reconfigures the role that women played in defining history in ancient Persia. 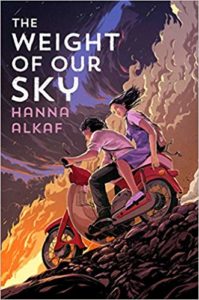 The Weight of Our Sky  by Hanna Alkaf

In 1965 Kuala Lampur, race riots exploded, lighting the city up in flames. Melati Ahmad is your typical Beatles obsessed teen. With only one difference: she believes she harbors an evil spirit inside her that will kill her mother if she doesn’t practice a specific set of rituals and habits every day. As tensions rise and a 24-hour curfew is set in place, Melati finds herself separated from her mother in the middle of the riots with only Vincent, a Chinese boy, to help her get to safety before it’s too late. 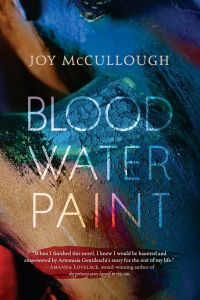 This is one of the most unusual titles in this list, but also one of the most important. Written in verse, McCullough narrates the coming-of-age of Italian renascence painter Artemisia Gentileschi. The book starts after her mother’s death, tracing Artemisia’s life as a prodigious young painter who was mainly responsible for her father’s success in Italy. Most famously known in recent years for being one of the first women to take her rapist to trial in the West, Artemisia was raped by one of her father’s students and persevered after, despite her community and family wishing to keep her quiet and hidden from society. A poetic exploration of one of the greatest feminist icons in history. 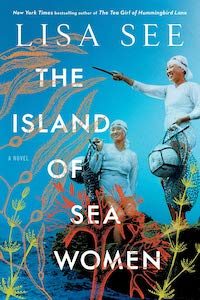 Following two friends through some of Korea’s most remarkable and tough times. The Island of Sea Women is set on the island of Jeju as Mi-Ja and Young-sook trail their path in the all-women diving cooperative of their village. The book explores issues of class and political affiliation and what it means to be part of one’s environment truly. Mi-Ja and Young-sook live through Japanese colonialism, World War II, and the Korean War. The reader is taken on a journey that not only illuminates the roles of women in these periods full of conflict but also how they define the roles of future generations to come. 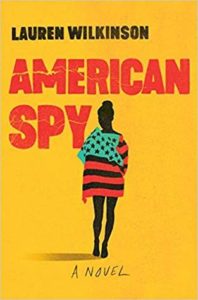 Set 1986 in the middle of the Cold War, we follow FBI intelligence agent Marie Mitchell. A young Black woman in a hostile work environment. Her career been stalled into monotonous days full of paperwork, until she is put in a task-force to bring down the charismatic political leader of Burkina Faso, Thomas Sankara, whose political ideology has started to threaten U.S. control over the region. When Marie is used as bait to seduce Sankara, she starts to question her loyalty, her sister’s death, and what it means to be a patriot in America. 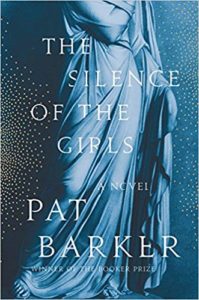 A retelling of Homer’s Iliad through the eyes of queen Briseis, who becomes displaced and enslaved after Achilles’s pillage of the city. King Agamemnon claims her as his slave, and she is forced into following him as the Greek army advances to Troy. Through Briseis’s eyes, we witness the horrors perpetrated on her and her daughters, as well as the destruction of war. This book is really grounded in the mythological and historical tradition of the Trojan war, through the eyes of women who have been used as scapegoats for the war but also had to endure its most brutal aspects. 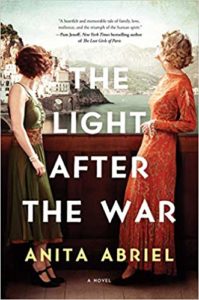 The Light After The War by Anita Abriel

Spanning years and continents, this true story of two holocaust survivors and their friendship is a sweeping new take on WWII.  Traveling through Budapest, Naples, Austria, and Caracas, the book follows the lives of Vera and Edith before, during, and after the war. As they are forced to face the horrors, they have survived and try to mend their friendship even as they are separated once more. 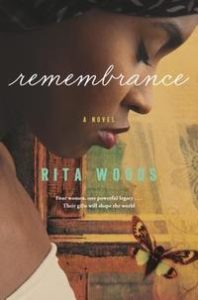 Taking place in three different timelines, Remembrance is a novel of connection, trauma, and the power of memory. Following three women of African descent in different historical periods, linked by a voice that echoes throughout generations, always in times of peril. 1791 Haiti at the brink of revolution, where slave Abigail is separated from her children to take her mistress to safety in New Orleans. 1857 New Orleans, a city full of unrest, Margot is sold before her 18th birthday when she was promised she would be free. Deciding to flee her imprisonment, she follows a mysterious whisper that guides her to safety. Lastly, present-day Ohio, where two women, from two generations, must fight against the ever-increasing racial violence that surrounds them. This was one of my most anticipated 2020 releases. If you were a fan of Homegoing by Yaa Gyasi or the multi-generational Latin American classics, this is right up your alley. 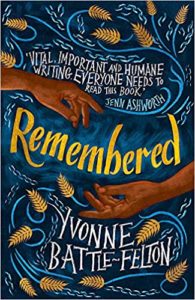 1910 Philadelphia, Spring finds herself clinging to all hope as she sits by her son Edward as he lays dying in a rundown hospital. Haunted by the ghost of her sister and troubled by the events that lead her son to this situation, Spring must find out what really happened that terrible day when Edward crashed a streetcar into a shop window. Many believe it was just an accident, but the police are sure it was part of something much higher, darker, and evil. Before Edward’s time runs out, Spring must help him gain back his memory, so she can know the truth and hopefully clear her son’s name.