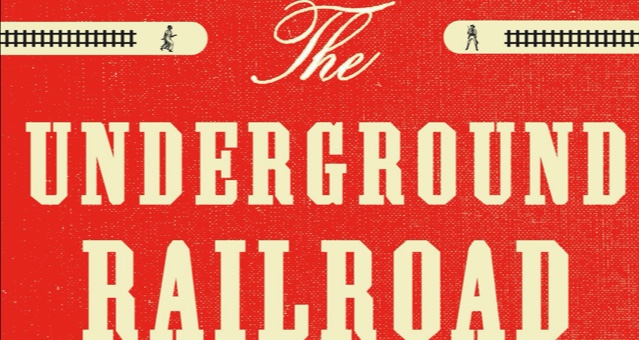 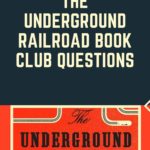 Looking for The Underground Railroad book club questions and a reading guide for your next meeting? Look no further.

But first, what’s this book about and why should we read it?

The Underground Railroad is a Pulitzer Prize winning novel and New York Times best seller. It also won the National Book Award, the Andrew Carnegie Medal for Excellence, and was longlisted for the Man Booker Prize. It is also an Oprah Book Club pick. Note: this post may contain spoilers. 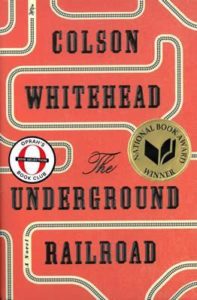 This novel by Colson Whitehead follows the path of Cora, a third-generation slave, as she uses a literal (in this world) underground railroad to escape slavery in Georgia.

She’s an outcast on the plantation. Caesar, a new slave from Virginia, asks her to run away with him. At first Cora hesitates, but after another slave is caught and brutally tortured for trying to escape, she decides to leave with him. It’s then she discovers that the underground railroad isn’t a metaphor, but a series of tunnels and trains below the earth.

The reader follows Cora along her perilous route to in pursuit of freedom as she continuously tries to evade capture from a determined slave catcher.

Themes in The Underground Railroad

Before we get to the book club questions, let’s talk about some prominent themes in The Underground Railroad. One of the most obvious themes is that of survival. Cora’s grandmother, Ajarry, is stolen from Africa and passes on her desire to survive to Cora’s mother, Mabel. Cora’s own journey north is fraught with obstacles that take great physical and mental fortitude to survive.

Another theme throughout the novel is that of fear, especially fueled by brutality. This starts on the plantation with the slave owners, but even between the enslaved people on the plantation with how Cora has to destroy the dog house built on her mother’s plot of land. This continues with violence throughout the book, but also on the settlement in South Carolina where doctors are sterilizing women without their knowledge and intentionally infecting men with syphilis to “study” how the disease progresses.

Looking for more general The Underground Railroad book club questions? We’ve got 40 to start with.