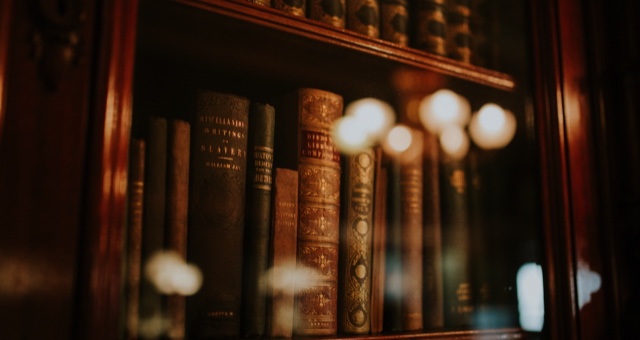 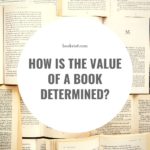 I was in an undergraduate class in Studies in the Nineteenth Century Novel and the professor asked us, “Do any of you have a library at home that is ‘the work of many generations’?”

He was trying to make the point that, as Elizabeth Bennett had just concluded, to be mistress of Pemberley (and all of its books) might be something. My professor had had students further in the school’s more genteel past who had extensive family libraries, but times had changed. Almost no one has an ancestral home with a library, but who among us hasn’t imagined that library from Beauty and the Beast in our own home? The closest we came as a class was that one student’s father was a college professor. As for myself, I was an only child and most of the books in our house belonged to me and no one was jealous of my childhood collection of Fearless novels, though they probably should have been.

I would not call myself a book collector, but that is probably part of the problem. Who do you imagine when you imagine a rare book collector? It’s a man, right? He is probably white, almost definitely rich. He has a large number of pristine leather-bound tomes in the room where he smokes his cigars at night. His books are trophies, like the various animal heads that I imagine hanging in the room with them. 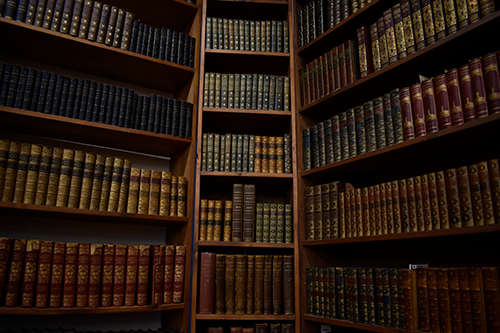 Of course, collecting books is not about simply having a lot of books. Recently, I was able to speak with Vasilis Terpsopoulos, who has worked in the Rare Book Room at the Strand in New York for many years, to get a better idea of who exactly is buying rare books, and what they are buying.

“Most people tend to think of book collecting as collecting literature but that’s only a small part of it,” Vasilis told me. Years ago, collectors tended to have one, two, or three authors whose complete works they were looking to collect. That is no longer the case. People collect in all genres and interesting books appear at all price points. The Strand, for example, has a table of collectable books priced under $50.00.

First Edition vs. First Printing and Other Useful Terminology

To really ascertain the value of your book, you need to secure multiple data points. Vasilis suggested finding book dealer catalogs, records of sales at auction, and even looking at sites like AbeBooks. You might overpay if you stick to the price a book is listed for on eBay.

You should also learn how to read listings of books for sale. For example, a first edition is all copies of a book printed from the same setting of type. A book is still the first edition with each subsequent printing until substantial changes are made to the type, then it becomes a second edition. While first editions can have value on their own, it often depends on the size of the initial print run, or how many copies of the book are in existence.

The condition of your book also matters. You will find a lot of listings for books in ‘Fair’ or ‘Good’ condition. Many collectors will not consider purchasing anything above ‘Very good’ condition, which describes a book that is a little worn but not torn. ‘Fine’ books are in new condition but may have experienced some effects of time from sitting on a shelf. ‘As new’ refers to a mint condition book. This probably goes without mentioning, but clean and unmarked copies without highlighting or stains tend to be more valuable.

Books listed as in ‘Poor’ condition are damaged but readable if you are simply seeking a reading copy of a harder-to-find or out of print book. Ex-library and book club books must always be designated as such, no matter their condition. You may also notice listings that mention ‘foxing,’ which is discoloration and browning on old paper documents.

To learn more about terminology used in rare book sales, The ABCs for Book Collectors is a fantastic resource.

Collecting on a Budget 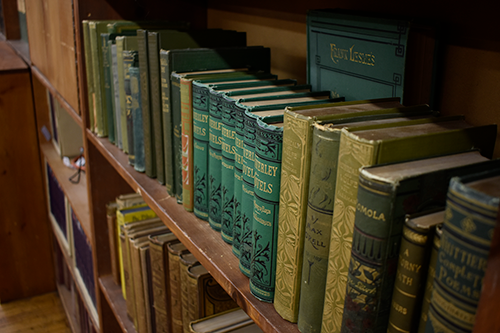 For novice collectors, Vasilis suggested figuring out what it is you enjoy and buying books in the area that interests you—even if it isn’t “literature”—and to always buy the best quality copy that you can afford.

He also gave me some tips on protecting the books you do own. To preserve the quality of your books, make sure the room they are in is not too humid or too dry and that the books are out of direct sunlight. High humidity may contribute to foxing. Also, despite what you may have seen in movies, using gloves to handle rare books can make you clumsier. Clean bare skin is the best way to protect the books and to have control.

We have talked about how the value of a book is determined, but we have not talked about who has historically gotten to determine that value. 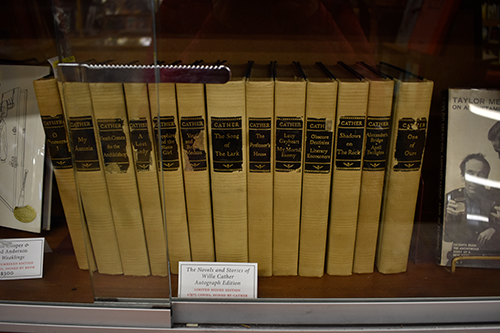 Stores like London’s The Second Shelf work to bring in new collectors and to change the definition of whose books are considered collectable. As you might imagine, more often than not, the most “collectible” books were written by men, because for a long time collectors and dealers did look like my imaginary collector in his study with his animal heads. The Second Shelf’s Twitter account is a great follow for more information on rare books and recent sales. I want to visit this bookstore so badly that I may or may not have dreamt about it.

Whether you’re interested in mid-century sci-fi or books of modern photography, collecting books is a way to interact with history. I have a collection of Virginia Woolf’s essays from the 1940s (not really a collectable, just a cool book) that was inscribed to the previous owner’s spouse and I love to think about their love story. It is a connection I have made with them through time.

Inscription found in a copy of Virginia Woolf’s essays. The couple’s names and the year 1944 were written on the back page. 🥰 #oldbooks #bookstagram #readersofinstagram #riotgrams

If you are interested in rare book collecting, the Strand’s owner, Nancy Bass-Wydon and many other rare book dealers will be featured in an upcoming documentary called The Booksellers, which will be released on March 6.