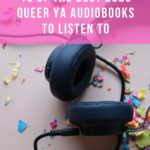 2020 is going to be a banner year for queer Young Adult books, and every year more and more are being made into audiobooks. Audiobooks are my preferred format, so I’m thrilled to have a wealth of books to listen to this year. Here are 15 queer YA audiobooks coming out in the first half of this year. 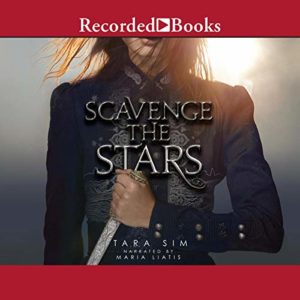 This is the first of a new duology from the author of the Timekeeper series and it is a genderbent retelling of The Count of Monte Cristo. When Amaya saves a stranger from drowning off the debtor ships she’s imprisoned on, he offers her a chance to get the revenge she’s always wanted by masquerading as a countess. You may recognize Maria Liatis’s voice from her previous work on Bruja Born or One of Us Is Next.

Combining the historical events of a dancing plague from 1518 and a retelling of Hans Cristian Andersen’s “The Red Shoes,” McLemore’s latest tale takes place in two connected timelines. In the 16th century, a strange sickness causes women to dance in the streets until they fall down dead. In modern times, a pair of red shoes seal to a girl’s feet, making her dance uncontrollably toward the boy descended from the family blamed for the fever five hundred years ago. This one is narrated by three prolific actors: Vikas Adam, Mia Barron, and Almarie Guerra, who has narrated for McLemore before.

A science fiction/fantasy crossover, England’s second book features a very queer found family in the wake of a magical plague that killed thousands and allowed a corporation to gain a stranglehold on magic. Diz and her best friends have a side hustle siphoning the lucrative maz, but what’s supposed to be their last job goes terribly wrong and now they’re on the run. Narrator Marisol Ramirez is new to me, but not new to narrating audiobooks, so I’m excited to give this one a listen. 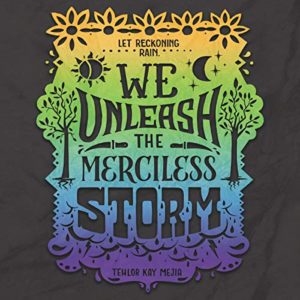 We Unleash the Merciless Storm by Tehlor Kay Mejia (February 25)

In this sequel to the fantasy We Set the Dark on Fire, we return to an island on the brink of civil war. Carmen must choose between the girl she loves and the rebels she’s spent her entire life fighting for. I really enjoy Kyla Garcia’s narration, so that will be an extra treat for the audiobook listener.

Music from Another World by Robin Talley (March 21)

Told through letters and journal entries and set in the summer of 1977 at the height of anti-gay sentiment, this book features two girls who become pen pals and then close friends. Tammy is a lesbian who can’t safely tell anyone in her life her truth and Sharon becomes politically active after her brother comes out to her. This book features two narrators who are new to me: Jayme Mattler and Lauren Sweet.

We Are Totally Normal by Rahul Kanakia (March 31)

Early reviewers are loving the complicated, messy, vulnerable, and real relationship dynamics in this book. Nandan had a plan to make his junior year perfect—and that plan did not involve hooking up with and starting a relationship with his friend Dave. Narrator Sunil Malhotra narrates a wide array of books, including Rioter Eric Smith’s Don’t Read the Comments.

The only nonfiction book on this list, Johnson’s memoir is a collection of personal essays about gender identity, brotherhood, structural marginalization, black joy and more. In a perfect choice, journalist and activist George M. Johnson reads his own work.

The Fascinators by Andrew Eliopulos (May 12)

Pitched as The Raven Boys meets Simon vs. the Homo Sapiens Agenda, this book is set in a world where everyone knows magic exists and anyone can wield it. Sam and his close-knit friends in their small town school’s magic club start to face challenges as they also face a brush with dark magic. The narrator for this one hasn’t been announced yet.

Felix Ever After by Kacen Callender (May 12)

Felix Love just wants to fall in love for the first time. When another student sends him transphobic messages after posting his deadname and old pictures, Felix decides to catfish the student for revenge and accidentally finds himself in a love triangle. Narrator Logan Rozas seems to be new to audiobook narration.

The Henna Wars by (Book Riot Contributor) Adiba Jaigirdar (May 12)

Nishat’s parents say she can be anything she wants to be—except lesbian. When a childhood friend comes back into her life, starting a rival Henna business in her school’s competition, everything gets more complicated. The narrator hasn’t been announced. 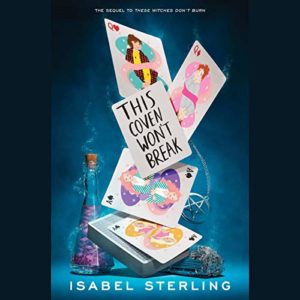 This Coven Won’t Break by Isabel Sterling (May 19)

In the sequel to These Witches Don’t Burn, the witch hunters go nationwide with a serum that can take down whole covens at once and are determined to destroy magic forever. Hannah, one of the few witches who escaped a hunter without losing her magic, must figure out how to save her girlfriend and the rest of the witches. It hasn’t been announced yet, but hopefully Kristen DiMercurio will return to narrate this book.

The Black Flamingo by Dean Atta (May 26)

This book released in 2019 in the UK to rave reviews, and the North American edition comes to us this May. Told in verse, this story is about a mixed-race gay teen who struggles to fit in until he becomes a drag artist at university and finally feels seen. The reviews from the UK are gushing and adoring, often calling it “beautiful” and “powerful.” Atta, who is an acclaimed poet, narrated the UK version, but HarperCollins is still saying “TBD” on the American version.

Stay Gold by Tobly McSmith (May 26)

Pony decides he’s not going to tell anyone at his new school he’s transgender. Cheerleader Georgia decides she’s not going to date anyone during her senior year, but she finds herself drawn to the new boy. Narrator(s) TBA.

The State of Us by Shaun David Hutchinson (June 2)

I am a huge sucker for YA romances featuring the children of adult rivals, and this is that on a national scale written by an author I admire, so I am excited! Dean and Dre are the sons of the Republican and Democratic nominees for president. They keep running into each other on the campaign trail and become friends, then something more. Narrator TBA.

The Falling in Love Montage by Ciara Smyth (June 9)

Saoirse has a good reason to not believe in happy endings, with her mother institutionalized with early onset dementia and her father moving on. But then at the beginning of the summer she meets Ruby, who proposes a no-strings-attached real life falling in love montage that has to end when summer does. Narrator TBA.

Sign up for Audiobooks to receive the latest from the audiobooks world.
Thank you for signing up! Keep an eye on your inbox.
By signing up you agree to our Terms of Service
#Audiobooks#LGBTQ#Young Adult Literature