You may be wondering what happened to DC Zoom and DC Ink. Good news! They’re still here and producing great content, they’re just doing it under new names: DC Graphic Novels for Young Readers and DC Graphic Novels for Young Adults. A little less catchy, perhaps, but a better guide to the type of content you can expect to find in a given book, which is especially important if you are, in fact, buying the books as a gift for a kiddo or teen. 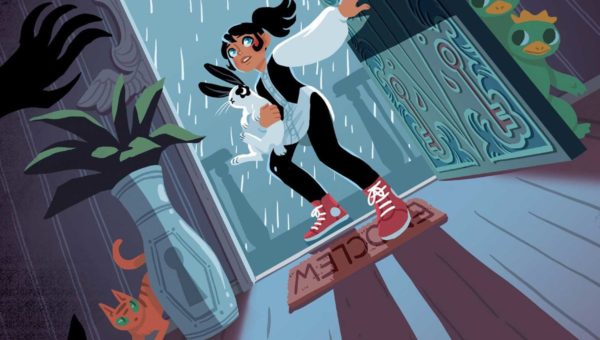 Kids (and teens, though they might be less than willing to admit it) (also adults. And by adults I mean me) are, naturally, big fans of the capes and tights crowd. They go all wide-eyed reading (or being read) Superman or Batman or Wonder Woman stories, demanding (if they’re anything like my kids) costume capes and tiaras and utility belts so they can kapow their way through the day. As they get a little older, though, they sometimes want a little more nuance, a little more plot, a story driven by characters their own ages; their reading becomes less aspirational and more, for lack of a better word, grounded. They still need heroes, but want those heroes to reflect who they are in that moment rather than who they might become in some dim, far-flung future. They need their heroes to understand what they’re going through in this immediate moment, to receive sympathy and empathy via words and pictures, sympathy and empathy they may not feel they’re getting, or may truly not be getting, from the adults in their lives, or even friends who are in a different place developmentally. 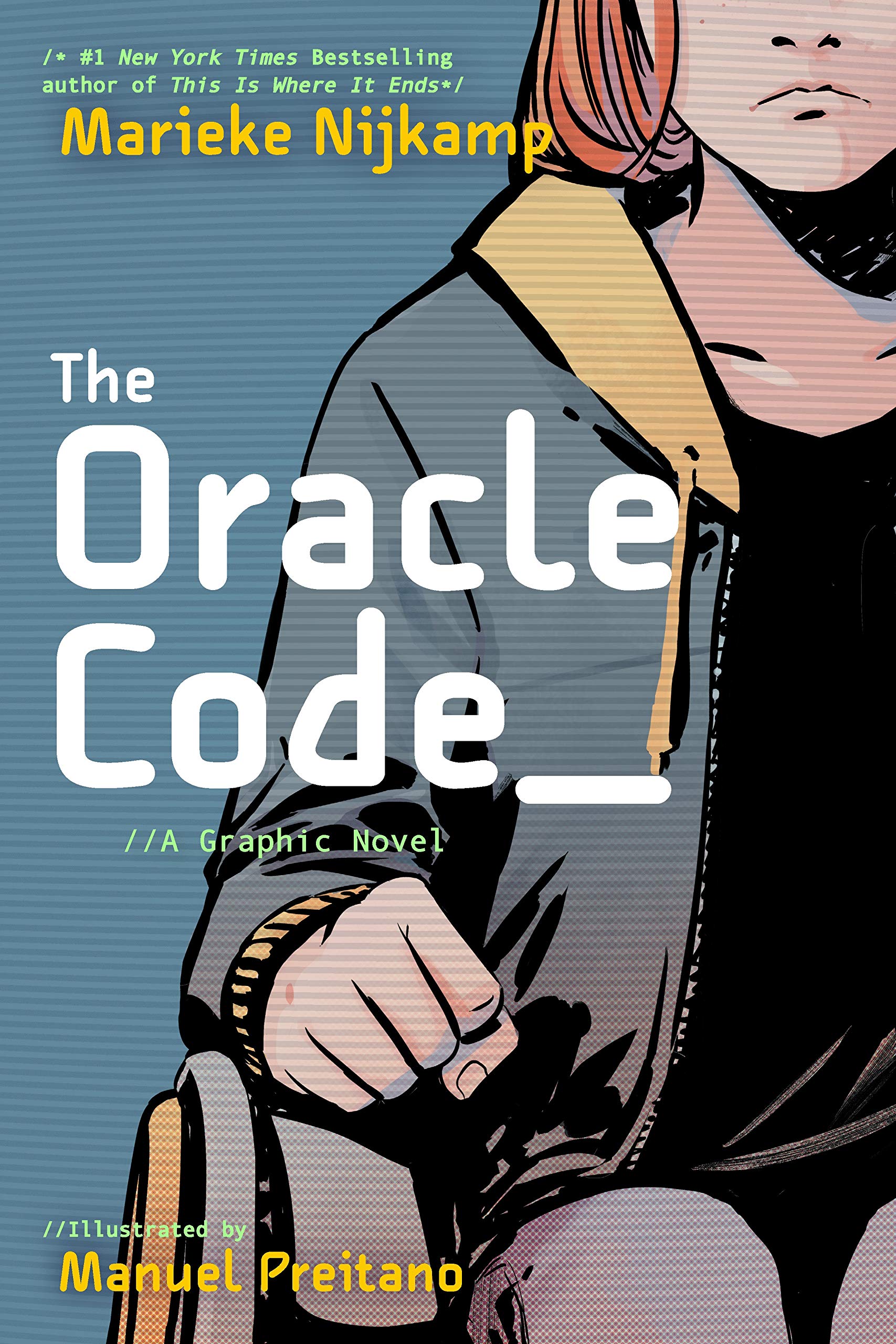 DC Graphic Novels for Young Readers/Young Adults goes about meeting those needs in a variety of ways. The first is to give their target audiences heroes their own ages: a tween Zatanna in Matthew Cody and Yohsi Yoshitani’s Zatanna and the House of Secrets, a teenaged Babs in Marieke Nijkamp and Manuel Preitano’s The Oracle Code, Tai Pham from Min Lê’s Green Lantern: Legacy, and Cassandra Cain in Sarah Kuhn and Nicole Goux’s Shadow of the Batgirl. Some of the protagonists are in-canon teenagers and some have been de-aged for their books, but they’re all, for the purposes of this imprint, the same age as their readers, which allows those readers to forge connections with the protagonists and their stories more easily, and also helps kids self-insert to learn problem-solving skills.

That’s more important now than ever before, because while the world has always been a scary place, it seems to grow more so with each passing year. The years between 9-ish and 18-ish are a difficult time for even the most well-mannered kids; bodies are changing, independence being asserted, expectations raised, responsibility reassigned, and emotions are huge. Everything seems so important even without the specters of white supremacy and deportation, misogyny and homophobia and racism and…and…and…It’s a lot of weight to carry. DC Graphic Novels for Young/Young Adult Readers are aimed at helping kids carry it by teaching them how to hold it up, examine it, and puzzle out a solution.

All of the characters are heroes, yes, but they’re all waging battles much more intimate and personal than defeating the Joker or the Witch Queen.

They’re fighting to understand themselves. 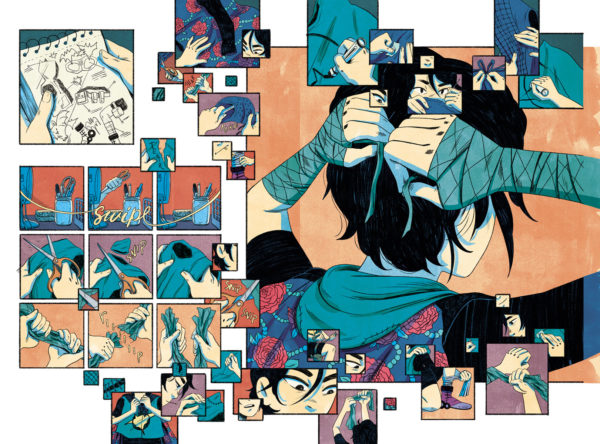 All of these characters go through huge changes at some point in their stories: Barbara is shot and has to use a wheelchair as a mobility aid. Cass breaks her assassin programming and runs away from her father, only to find herself confused, homeless, and alone. Zatanna has to figure out how to navigate family life with out her mother. Tai must choose whether or not he’s going to accept the legacy his grandmother has passed down to him. In Gene Luen Yang and Gurihiru’s Superman Smashes the Klan, it’s the kids who bring Superman into the case and help him find not only the criminals, but himself.

And all of the protagonists ultimately end up in the same place, asking: who am I now? Who do I want to be? 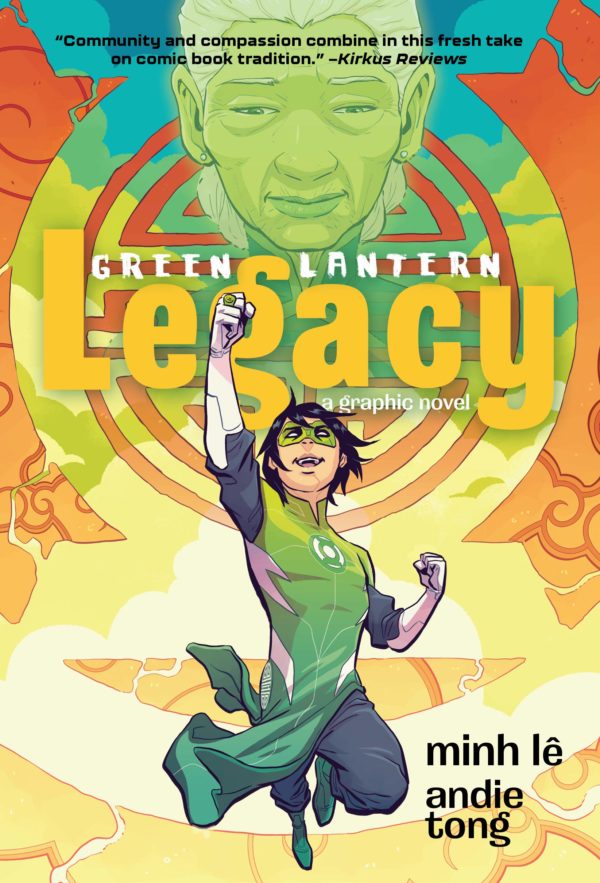 Are there any more significant questions for teenagers? Adults can guide and advise, but we can’t, as much as we’d like to smooth the path, answer them for our kids. We have to trust them to find themselves.

Exactly as all of the protagonists in the DC Young/Young Adult Readers do.

Which is not to say Cass Cain’s story is a guidebook for where to go from here. But seeing someone the reader’s own age surviving through scary moments and challenging uncertainty definitely helps readers feel less alone.

The other aspect of the DC Young/Young Adult Readers line I love is that, on a very basic level, each graphic novel is a family story. Almost every kind of family one can imagine has, or will, be represented: a traditional two parent household, single parent households (both single moms and single dads), found family. Grandparents who help raise their grandchildren. And while the line could definitely use more queer rep, Jake and Kenny (You Brought me the Ocean/Alex Sanchez and Julie Maroh) are a good start.

Every one of the DC Graphic Novels for Young Readers and DC Graphic Novels for Young Adults has something different to offer their readers, but they’re all built around forging connections, lending support to their audiences in their quests for self-realization and actualization, and most excellent hero stories. With tons more in the works, I hope these imprints, whatever their names happen to be, are around for a long time.