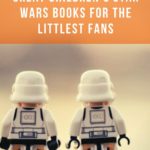 The day is finally here…my son, who is 3.5 years old, is finally a Star Wars fan. And not just a forced fan—he actually comes home from preschool and wants to watch it of his own volition. I watch the movies often, have put out children’s Star Wars books for him since he was a baby, and he even wears Star Wars shirts and pajamas. But it’s only now that he truly appreciates it and points to the characters and identifies them. Because of his language issues, when he wants to watch Star Wars, he’ll start singing the theme song—“doooo do, do do do doooo do…” Proud mama moment, right there.

When we sit on the couch together and he wants to watch Episode IV, my heart swells with love. Of course, when he wants to watch the prequels, I start to wonder how we could be related, but that’s neither here nor there. Because he’s got a huge book nerd for a mom, there are books everywhere. My son will often have a stack of books next to him while he watches a television show or while he plays with his trains, and page through them at his leisure. He’ll sit on the couch and say “Mommy, dit. Wees [Mommy, sit. Read]” when he wants me to sit and read to him. How can I refuse?

It’s been really fascinating to watch him connect the characters in the children’s Star Wars books to the characters he’s seen in the movies, and see his eyes light up when he recognizes someone new. As a fan who came to the fandom late in life (shortly after my son was born, actually) even though two-thirds of the original trilogy came out during my childhood, it’s so neat to see my son be enthusiastic about this at such a young age.

If you have a young Padawan who shares your love for the galaxy, here are some children’s Star Wars books they may enjoy. While more and more diverse authors have started writing Star Wars books for the middle grade, YA, and general crowds, that diversity hasn’t yet reached the children’s SW books…I’m hoping that changes soon. I’m really looking forward to Preeti Chhibber’s forthcoming book A Jedi, You Will Be, but in the meantime, we’re reading the books we have, including the ones below. 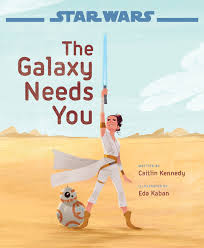 Star Wars: The Rise of Skywalker: The Galaxy Needs You by Caitlin Kennedy and Eda Kaban

This is a lovely picture book that describes how each person is unique; how there is no one else just like you in the whole universe. The book follows Rey on her hero’s journey, ultimately reminding the reader that they’re a hero as well. 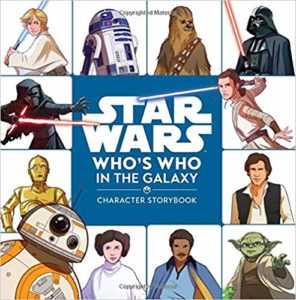 Star Wars: Who’s Who in the Galaxy (A Character Storybook) by Ella Patrick and Leigh Zieske

Parents and kids will both love this one—it’s chock-full of characters from Episodes I–VIII. Each illustration provides a brief snippet about the character. This is interspersed with pages of scenes illustrated from the movies, with a short paragraph explaining the scene. Right now, my son is less interested in learning about each character than just looking at them, but that’s okay. 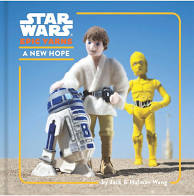 These board books are the most adorable thing ever—we’ve had them since my son was a baby (don’t forget to pick up ESB and ROTJ as well). Each page has a needle-felted scene from the movie, along with a word about it, like “hero.” While kids will find it fun to look at, adults will marvel over the intricacy of what must have gone into crafting the scene. 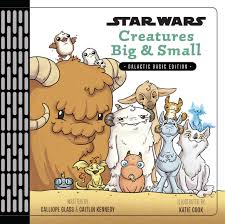 My son loves this smaller picture book because it’s about all of the different animals in the SW galaxy—and as the title explains, all of the creatures, both big and small. Each page or two focuses on one animal, with a short poem describing the animal and where they live. A fun, whimsical book, this is a nice look at characters we don’t often get to see.