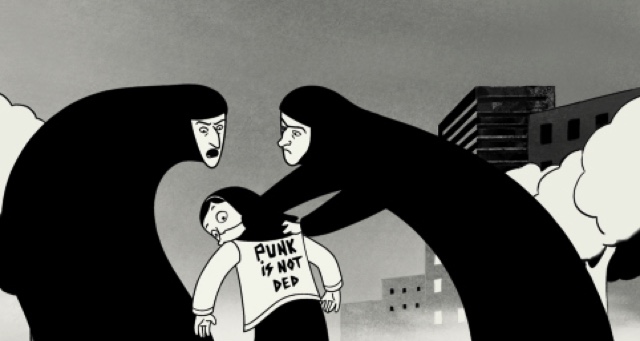 If you like graphic novels, you probably have by now read Persepolis by Marjane Satapri. If you haven’t, you really should, especially if you are interested in what’s happening in the Persian region today. Persepolis is a modern classic that has defined what I would call the modern graphic novel renascence. Widely read, both outside and inside classrooms, the book has ushered in several public discussions on what it means to live through systematic violent change. Since the 1970s, when Persepolis takes place, the situation in Iran and the Middle East has changed several times.

Nonetheless, with the current political crisis bringing Iran back into the global spotlight, Persepolis proves its lasting literary impact. So I reread the book and thought a little about the many times the book was present in my life, helping me understand and relate more to my family heritage. But, most importantly, it was an open door for me to understand the Middle Eastern and Persian region’s political history beyond the media chaos around it, and started a life long love for graphic memoirs and novels.

Coming from a Lebanese heritage, I always felt a link with the region. I was fortunate enough not to have been born during a war or conflict, which also made me fascinated by how different my world was from my grandmother’s. My grandmother always told me stories of Lebanon, of her parents, culture, and the beauty of the language I unfortunately never got to learn. I still feel most at home when I visit her, and she had Kibbeh or Kafta waiting for me in the oven. I have always felt proud of my heritage. A few years ago we tried to make a trip—me, her, and my mother—to visit Beirut. But unfortunately, we still haven’t made our way to Lebanon yet. So, besides my family, books were always my connection; I could see and hear history and culture without needing to cross an ocean. I could have another piece of my family while connecting with others.

The first time I read Persepolis, I remember being fascinated and heartbroken by a story that seemed so close yet so far from my reality. I saw myself in Marji, a revolutionist wannabe, with more books and political curiosity than what I knew to do with. I started to read everything I could about Iran and the Middle East and to realize how lucky my great-grandparents were to have gotten their family out when they did, and how different my grandmother’s life would have been if they stayed. Not to say that stories in the region are a monolith, on the contrary, but in Marji, I saw someone familiar, and I felt for her. I saw my grandmother, my mother, and myself all in Marji. Our stubbornness, pride, and deep love for our families and justice. I realized the many difficult decisions parents make for their children and how they related so deeply to my family.

I began asking my grandma more questions, asking for her recipes, and the meaning of a few words in Arabic she still mutters under her breath. But with that said, I believe that graphic memoirs have become a medium that enabled my curiosity and closeness to the region. I was able to connect with history and what was happening on the news before my eyes, things that had been experienced by some of my family. I understood better, I had more nuance from those stories rather than the news.

For instance, I became more aware of the very binary understanding of the Middle Eastern situation in general. Be it Israel-Palestine, Iran, or Syria, there often lacks nuance and substance to the stories that we are told in the news and school. I believe it is because of this surface-level understanding that many Arab, Persian, and Israeli creatives took to graphic novels and memoir as their medium of choice. Persepolis marked a new era in which the region got renewed international artistic interest. The graphic memoir became a defining medium to tell stories that seamed to lack beauty or depth in the West.

In the specific edition of Persepolis that I own, there is a short introduction by David B, recounting the historical and military events that led to the Islamic revolution. From the Sassanian emperors to the revolution, finishing there to mark the time in which Persepolis takes place, and defining the comic as the first Iranian graphic novel/memoir. I would say that as much as this is a deserving title, I would go even further and say that Persepolis‘s legacy goes even further than that. Persepolis, to me, was the first modern graphic novel.

It lead the way for so many other artists to reach the literary acclaim and critical respect that the medium always deserved but hardly got before that. Revisiting it today, I read it as if it was the first time, laughing and feeling everything from anxiousness to heartbreak in all the same places. In short, I was in awe once more. If you want to expand your knowledge about Iran’s complicated and, at many times, contradictory history, but don’t know where to start, Persepolis should be your first step. It is a classic that has withstood the test of time and continues to amaze with the unique beauty and relevance of its story.

And if you love it as much I have, and you want to read more about Iran and the Middle East, there are a lot of great writers, artists, and illustrators working still today that seek to amplify the outreach of these stories. Here are a few graphic novels and memoirs to start your list.

Trigger Warning: All the books portray violence and deal with themes of war, governmental oppression, religious intolerance, and displacement. 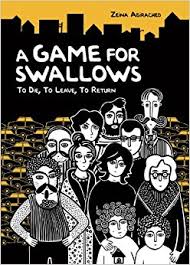 A Game for Swallows: To Die, to Leave, to Return by Zeina Abirached

(TW for family separation, war, and displacement.) A graphic memoir based on Abirached’s life growing up in Beirut during the civil war, A Game for Swallows takes place in one day six years into the Lebanese civil war. Based on Abirached’s life growing up in Lebanon, the book follows a day in the lives of two children when their parents don’t come home. This book is a beautiful and, at times, claustrophobic novel that discusses the Lebanese conflict through the eyes of small children. A Game for Swallows is also a very good companion to Persepolis if you loved the art style. 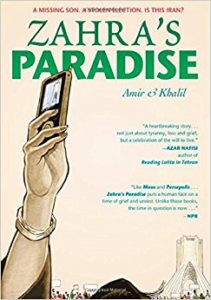 (TW for animal abuse, sexual abuse, police brutality, and violence.) Taking place in 2009 Iran, this innovative graphics memoir is the perfect companion to Persepolis. Taking a fictionalized route to real events, Soltani and Bendib use official documents, Persian poetry, and prose to further the book’s narrative, which focuses on three different characters during the 2009 protests in Tehran. The narrative can be a bit nonstructural at times, but the fact that it uses such various sources and styles makes it a truly remarkable one. This book holds nothing back, and it is more mature than Persepolis both in imagery and story. 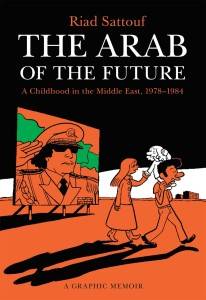 The Arab of The Future Series by Riad Sattouf

(TW for political violence, family conflict, racism, antisemitism, displacement, and animal violence.) This four-volume memoir expands for several decades and countries. Based on Sattouff’s own experience growing up in Libya, Syria, and France. Young Riad’s life is marked by many things, his striking blond hair for one, and the three dictators he has had to live with during his life, Gadaffi, Assad, and his father. The trilogy expands for most of Riad’s young life as the son of a political idealist and activist, who puts his family through hardship and many moves in search of his Pan-Arab dream. This book was perfect for me after Persepolis. I believe that it should be seen as a companion in terms of storytelling merit and educational value to young readers 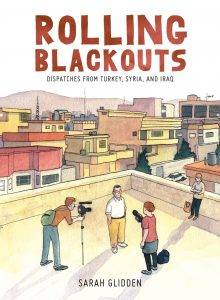 (TW for war, displacement, xenophobia, racism, and religious intolerance.) From the author of How to Understand Israel in 60 days or less, this graphic novel is part memoir, part first-hand accounts from people the author interviewed during her time covering many of the recent conflicts in the Middle East as a war correspondent. With a uniquely researched storyline and beautiful art style, Glidden provides different and, at some points, contradictory perspectives on the many Middle Eastern conflicts she has covered. From an Iranian blogger to a former U.S. marine, Glidden tries to show the complex questions that surround the conflict, but always maintaining a clear focus on refugees, the people most affected by it. 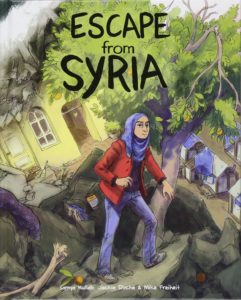 Escape from Syria by Samya Kullab and Jackie Roche

(TW for death in the family, war, violence, illness, and displacement.) From Lebanese journalist Samya Kullab, Escape from Syria is woven together through a series of refugee statements collected into a fictionalized narrative that explores the hardships of the Syrian war that led the refugee crisis around the world. Following the lives of one Syrian family over six years, as they flee Aleppo to settle in a refugee camp in Lebanon. Roche’s incredibly moving graphic novel is the story of many families today trying to escape the terrors of war in hopes of a better life for their children. If you are interested in learning more about the refugee crisis and the Syrian war through the eyes of the people who are having to live through it, this book is it, the story is heartbreaking but desperately needed in the world today.