Time to see which comics Kickstarters seem like they may be leading to something special. This is, as always, a quick survey of the projects that caught my attention; there are no doubt thousands of others worthy of your consideration and precious dollars. 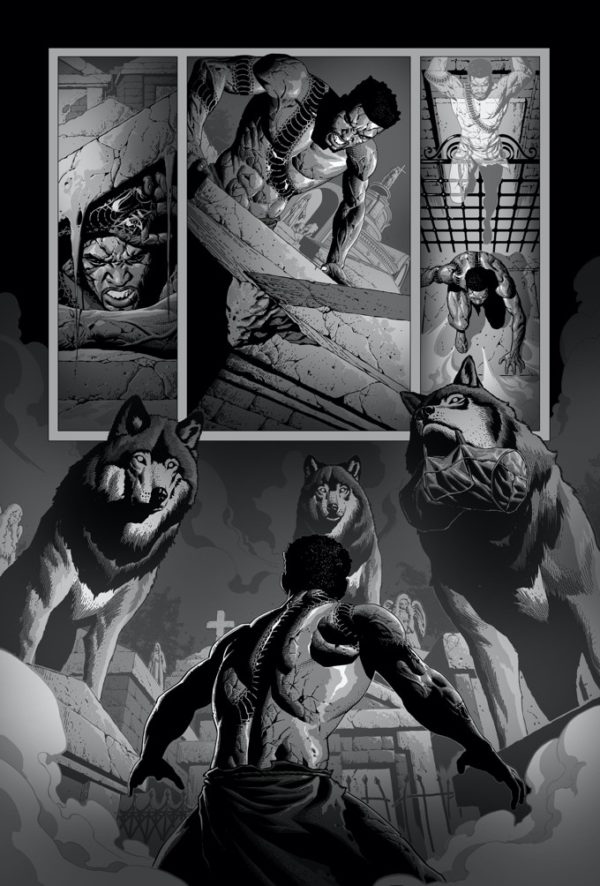 Newton Lilavois and Gian Carlo Bernal would like to introduce you to sorcerer Jonas who died but got better, only to discover everything he knew was gone: his friends, his family, his powers, and even his home. “The only thing you know is that the monsters of New Orleans are involved.” In a world just a little different from our own, Jonas has to do battle with these monsters to have any hope of getting back to what he’s lost. What he’ll have to do to defeat those monsters is another matter entirely, and there may be no coming back from those sins.

Cups will be the last in the Valor series, another all ages, LGBTQIA+ friendly collection of reimagined fairytales. The overarching theme of Valor’s three anthologies is the celebration of “strength, resourcefulness, and cunning” of fairytale heroines, as compared to more traditional stories wherein the princesses and maidens are asleep, passive, imprisoned, or offered as a prize. Cups is set to contain 22 comics, three prose stories, and eight stand-alone illustrations, and adds “water” as an additional shared story element by including the associated themes of: pairs (reflections), growth, transformation, healing, and illusion.

The project has been funded but there are still stretch goals in need of unlocking and some really wonderful rewards at various backer levels.

Sean Karemaker has created a very different sort of comic with his project Interdimensional Layer Cake. The piece is a 36×12 print intended to hang on the wall. Karemaker “interprets the culture and events around him in a surreal style of memories or dreams.” The viewer is meant to interpret the pieces as it relates to their own experiences, to evoke feelings and a sense of “humor and fun.”

What’s truly novel about Interdimensional Layer Cake is that, beyond what a viewer can see with the naked eye, there is a second story that can only be viewed via augmented reality. Most often, AR requires the purchase of expensive, specialized equipment; the AR for this piece will utilize a phone app designed by the artist, the link to which will be emailed when backer rewards are sent. 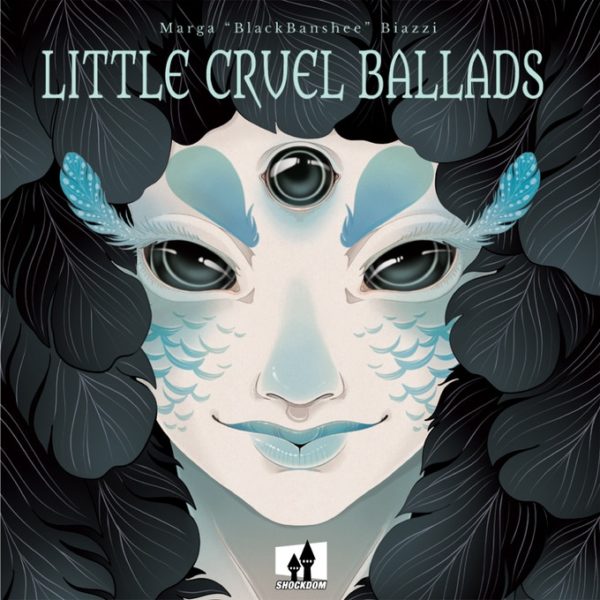 Little Cruel Ballads is an illustrated short story anthology in which humans meet ancient, magical creatures and those creatures judge said mortals on the basis of their behavior towards animals and the environment. Some of the stories focus on mythology and folklore while others are built around current-day environmental issues, but in almost all of them the creature finds the human arrogant, cruel, and wanting; it then falls to that creature to punish the mortal appropriately.

I really love the contrast of unifying theme and artistic style in Little Cruel Ballads, the ugliness of humanity hidden beneath a veneer of sweetness, the big eyed, pastel colored spirits (rightfully) righteous and vengeful. I’m. very much hoping this one gets funded because I would really like a copy. 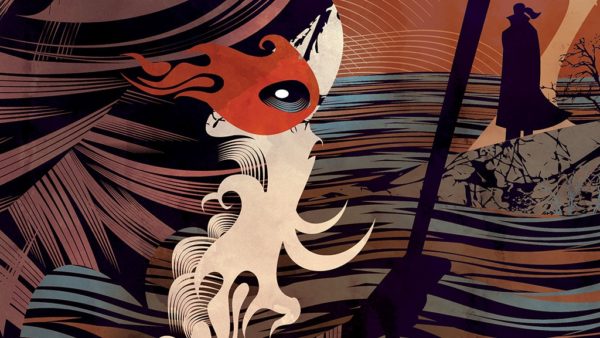 Raven Nevermore is (or will be) a nine book paranormal crime drama that tells the origin story of lawman Corvan Moore. As he faces actual demons and other supernatural threats, he must also come to terms with his own history and heritage, both of which he’s kept repressed.

I know it’s a bit odd to be jumping in at issue 6; however, there’s a link provided on the Kickstarter page that gives you free access to issue #1 and the rest are available in either digital or floppy form at various backer reward tiers (at the $15 level, backers get a digital bundle of issues #1–6; at $36, digital and physical copies with minor defects such as a bent or creased spine; and at $48, both digital and physical copies). Other rewards are available as well.

Anything catch your fancy? I had to stop myself from pledging all five of these books, which is the danger of writing posts of this sort (I think I pledged 3/5 in my last Kickstarter piece; I was far more restrained this time). And remember, if you don’t want to back now, your local comic shop may be able to order at least some of the books once backer rewards have shipped and smaller presses/individuals often sell through their websites as well.