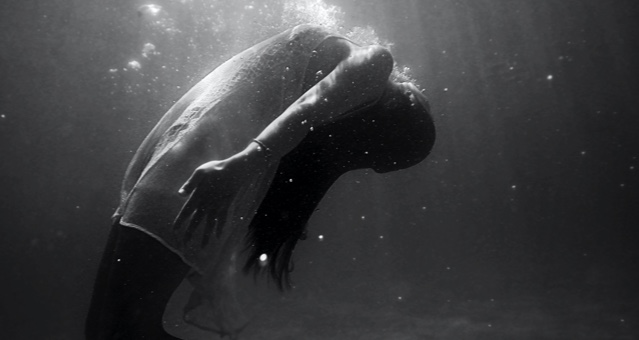 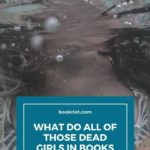 This is a guest post from Kit Frick. Kit is a novelist, poet, and MacDowell Colony fellow from Pittsburgh, PA. She studied creative writing at Sarah Lawrence College and received her MFA from Syracuse University. When she isn’t putting complicated characters in impossible situations, Kit edits poetry and literary fiction for a small press and edits for private clients. She is the author of the young adult novels See All the Stars and All Eyes on Us, both from Simon & Schuster / Margaret K. McElderry Books, as well as the poetry collection A Small Rising Up in the Lungs from New American Press. Her third YA thriller, I Killed Zoe Spanos, will release on June 2, 2020. You can find her on Twitter at @kitfrick.

I can’t stop thinking about Kelly Jensen’s thought-provoking article on post-2016 election trends in YA that ran in Book Riot recently. In the segment on young adult thrillers, Jensen asks: “With readers voracious for crime stories and thrillers, what does it say when there are so many dead and dying girls or so many girls who are at the center of victimhood?” 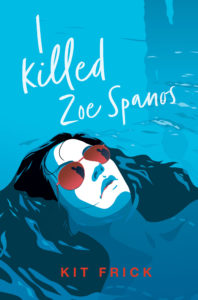 I’m an avid reader of YA thrillers, a fascinated consumer of true crime media, and of course the author of one of the books mentioned in the article, I Killed Zoe Spanos (June 2, 2020). So you might say I have a vested interest in the topic. In the weeks since the article ran, I’ve been thinking quite a bit about the observations and questions raised. It’s certainly not the first article in the last three or so years to note that YA thrillers are “on the rise” or “having a moment” or “buzzy,” but it’s the first article I’ve seen ask the hard questions at the heart of the trend. As a creator contributing to the genre right now, I want to take the time to continue the important conversation that Jensen began and unpack what I’m seeing from inside the genre, as an author.

The segment on crime-inspired books opens with the observation that thrillers have risen in popularity in recent years, with readers gravitating toward criminality on the page in all its facets, from victimhood to revenge to truth-seeking. And in many of these instances, it’s a girl or woman’s pain and trauma at the center of the narrative. The article asks us to examine the greater cultural context driving the popularity of these stories: what do the multitude of female victims on the page, and what does our pull toward these stories, say about us as creators and readers?

Intrinsic in the asking is the concern—perhaps even the suspicion or fear—that the truth behind the popularity of YA thrillers is an unpleasant one. Are we drawn to (reading and writing) these stories because of a kind of morbid fascination with women’s pain? Do we take pleasure in reading about violence perpetrated against female characters? I can’t speak for all authors, or for all readers, but I don’t think that’s it at all. There’s a vast ocean of difference between an appetite for dark stories and taking voyeuristic pleasure in the suffering of women.

Category ID: 474
Category ID: 471
Category ID: 468
What’s Up in YA? Newsletter
Sign up for What's Up In YA? to receive all things young adult literature.
Thank you for signing up! Keep an eye on your inbox.
By signing up you agree to our Terms of Service

To start, I want to make it abundantly clear that reading mysteries and thrillers can and should be fun. It’s fun to follow the trail of clues, to come up with theories, to be shocked by narrative twists, to be scared, to get lost in the mystery. There’s no shame in enjoying the reading experience! I firmly believe that thriller readers can walk and chew gum at the same time; we can enjoy a good mystery while also recognizing, honoring, and engendering empathy for the characters’ experience of violence and trauma. And I think we need these stories right now because we—as female creators and as readers who care about women—are anxious and fearful and furious about real-world violence against women, ranging from criminal violence to the ongoing attack against our rights in Trump’s America.

The article notes, “Most of the books taking on female pain and trauma as the thrust within their stories are written by female authors, but it’s still hard not to look at the piles of dead and hurting girls and not wonder what the bigger message is.” I’d take that a step further to say that within YA, the vast majority of thriller authors are women, and I think it’s also important to note that the male authors writing in the genre are rarely straight, white, and cisgender. All told, the creators of YA thrillers are by and large themselves members of the identity groups who are the targets of the physical violence represented in these stories. I might have a very different take on the implications of the popularity of YA stories centering female victims if the creators were not predominantly female, but we are, and as such, back to the question at hand:

What is the bigger message? As creators and readers, what does our pull toward stories about women in peril really say about us?

I think it says a few things.

First, there are a multitude of dead and dying girls on the pages of YA fiction because there are a multitude of violent crimes committed against girls and women every day in the world we inhabit—and we’re angry about it. These books hold the pain and suffering of young women at the center because so often in real life, it’s the criminal who is centered in the telling of the story. I love a good true crime podcast or documentary, but often in true crime media, the storytelling is heavily skewed toward the suspect/perpetrator/killer/bad guy. I bet you can name three (or more) serial killers off the top of your head, but can you name three of their victims?

The article goes on to ask, “Why did thriller tropes shift [following the 2016 election] to focus even more on female pain (and especially female death and physical harm)?” Even before he took office, it was clear that a Trump presidency would be an attack against women. In the last three years, we’ve seen repeated suppression and challenges to women’s rights. That the pain of women—especially physical—would become the increasing focus of suspense fiction written by women seems not only logical but inevitable. The representations of harm done to female characters in YA thrillers are far from exaggeration or metaphor, even when not inspired by real-life criminal acts. These books serve to draw attention to a staggering array of violence with devastating statistics worldwide. At the same time, these representations can also be read as an extreme rendering of the systemic, political, and legal affront women are facing to their bodies, health, and legal rights under the current political administration.

These are stories centering victims, and sometimes featuring revenge, but they are also stories seeking narrative resolution—a tangible dose of truth-telling—amidst a sea of true crime media that is frequently unable to offer its audience a satisfying conclusion, and written against a broader cultural wariness of the media we consume in the age of “fake news” (and fake “fake news”). Occasionally, true crime reportage leads to a clear resolution—the killer is brought to justice, the case is closed. But much, much more often, we as viewers and listeners are left with doubt.

For instance, in the seminal first season of Serial, the producers effectively establish that Adnan Syed did not receive a fair trial. But while many podcast listeners came away with theories about what really happened to Hae Min Lee, Adnan’s guilt or innocence remains up for public debate. (Legally, he has been convicted of her murder and is currently serving a life sentence.) Similarly, in the popular Netflix docuseries Making a Murderer, the filmmakers make a strong case that Steven Avery and Brenden Dassey were taken advantage of by the court system in Manitowoc County, but then who really killed Teresa Halbach? In both of these wildly popular true crime narratives, the producers effectively cast doubt on the guilt of their subjects, but in the end, the truth remains out of reach. Further, if we are to believe in the innocence of Sayed, Avery, and Dassey, the families of victims Hae Min Lee and Teresa Halbach are left without justice. In narrative fiction, we as creators get to provide real answers to resolve the crimes in our stories—something we are frequently unable to find in real life. In fiction, the murder mystery is solved. The killer is unmasked. Justice is served, or isn’t, but we as readers come away with the truth. There’s a gratification for creators in being able to provide that fictional resolution for our victims. There’s also a gratification for readers in being able to see the truth emerge on the page.

At the outset of I Killed Zoe Spanos, the body of a missing teen has been discovered submerged in a lake in New York’s Hamptons. Anna Cicconi, who is in the Hamptons for a summer nanny job, confesses to playing a role in Zoe’s death and to the concealment of her body—but there are holes in Anna’s story. Either she’s innocent, or the part she played in what happened to Zoe is a lot worse than the story she told police. Local teen Martina Green, best friend of Zoe’s little sister Aster, is determined to find out what really happened to Zoe and get justice for Aster’s family through her Missing Zoe podcast. The story centers teen girls at its heart, in the key roles of victim, suspect, family, and journalistic investigator. Like many YA thrillers that cast light on crimes against young women, this is a woman-centered story. It is about pain and tragedy, and it is also about the search for truth, justice, and a path forward for its characters.

We are drawn to murder mysteries and thrillers because of our fascination with and terror of human darkness. As women, we are specifically concerned with violence directed at us, hence women and girls feature prominently in the stories we write and read. This is us, as creators and readers, expressing interest, concern, empathy, compassion. It isn’t something to be ashamed of or to shy away from. In fiction, we have the opportunity to wade into the dark, to explore what scares us in ways that can be both fun—attempting to solve the mystery, allowing twists and turns in the narrative to surprise us—and also meaningful, urgent, and topical. Right now more than ever, I take heart in participating in a YA thriller community filled with stories that center victims, that voice women’s outrage and fear, and that seek to offer up the truth.