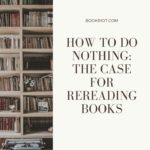 Late last year, I shared a list of tips for how to read more books, since the question I get asked most often as a reader is, “How do you read so many books?” And as much as I still don’t really know what to tell most people when they ask me this, there is one truth behind how I get so much reading done that I don’t like to face: I read compulsively to feel productive.

I’ve been reading books for what feels like as long as my arm muscles could support them, but it’s only been since reaching early adulthood that I’ve equated finishing books with feeling productive and worth it. In high school, I read constantly, but it was not unlike me to take months to finish a single book. I read when I felt like it, and didn’t read when I didn’t feel like it. Reading was a hobby, not a profession. It was only when I reached college and university that my compulsive personality and my reading habit caught up with each other. 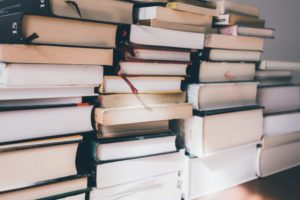 I was 18 when my neuroses and idiosyncrasies had officially gone beyond quirks and personal preference. I’d always been an anxious and overemotional kid, but 2016 was next level. Simple tasks became difficult to get through without crying, and panic attacks had become increasingly commonplace. This also happened to be during my second semester studying my passion, English literature, where I had convinced myself that there were no more excuses for not being perfect—English is my strength, so everything should be perfect. Needless to say, it resulted in an immense amount of stress and anxiety that did not let up until recently.

During that time, I began reading more and more—partly because reading helped distract me from my anxiety, and partly because if I wasn’t reading or keeping busy, I didn’t feel worthy of the oxygen I breathed. I had also internalized the expectations and negative opinions of the adults around me for too long: books are my strength, and that was one thing about me that other people can understand, so I made it the entire definition of who I was. I began reading compulsively not only to feel productive, but to escape the reality of growing up and entering adulthood. And as much as I’ve worked through a lot of my anxiety issues and obsessive-compulsive disorder, I still find myself reading to feel productive to avoid confronting myself and my anxieties. So what is one to do?

That’s when I discovered the hidden glory of rereading books you’ve already read. 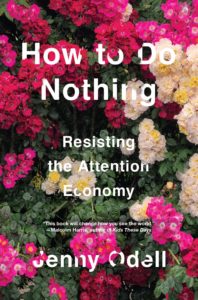 In Jenny Odell’s How to Do Nothing: Resisting the Attention Economy, she cites a passage from Gilles Deleuze, who once wrote, “We’re riddled with pointless talk, insane quantities of words and images … [It’s] not a problem of getting people to express themselves but of providing little gaps of solitude and silence in which they might eventually find something to say. Repressive forces don’t stop people expressing themselves but rather force them to express themselves; what a relief to have nothing to say, the right to say nothing, because only then is there a chance of framing the rare, and even rarer, thing that might be worth saying.”

These words were written in 1985, but they feel more relevant than ever in the social media era, which essentially intimidates everyone into having something to say or share—a photo, an opinion, or merely a witty joke to put alongside the latest viral meme on Twitter. This also feels especially relevant for readers who track and share their reading on Goodreads. There are many upsides to the Goodreads community: you can rate books, discover new ones, hear other people’s opinions, and even make some new friends who share your points of view. I don’t know where I’d be today without it.

But at the same time, I also feel like Goodreads feeds my compulsive reading habit, in that I equate the productivity of my feed on a social media app to my own sense of self-worth. I don’t participate in the Goodreads reading challenge, in which you challenge yourself to read a certain amount of books each year, because I believe that it takes the pleasure out of reading for pleasure. But that’s only because I already have my own reading challenge in my head, where I convince myself that I must read all of these books in an unrealistic amount of time or the sky will fall. 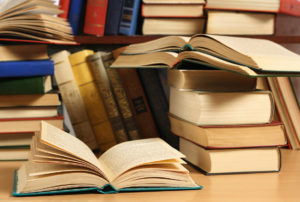 A few months ago, I had fallen into another black hole of compulsive reading. I hated my job and the process of finding a new one was making me extremely anxious, so I read. I hated my university classes and felt extremely unfulfilled by them, so I read. I finished four books in ten days, but I didn’t feel good about it. I felt like I was taking ten steps back, succumbing to old bad habits that I thought I was done with—which also started making me anxious. So I decided to unplug: and my version of unplugging is turning off Goodreads and rereading a book that I’ve already read. (I know that you can still track books you’re rereading on Goodreads and that they can also count towards your reading challenge, but I’m trying to decompress here, OK?)

In How to Do Nothing, Jenny Odell says that in our current era, “doing nothing” is possibly one of the most radical things we can do, given that there are so many forces out there that are demanding our attention and profiting from it—social media being a prime example. When we are constantly glued to social media, we very quickly forget that we are human beings, not machines. We’re not just an avatar or a set of preferences, we’re real living human beings who hurt sometimes and are different from one day to the next.

For me, turning off my Goodreads app and rereading a book that I love is “doing nothing,” at least by Odell’s definition, since I’m actively ignoring the pressure to read one of the countless new books I own or seeking out another from my endless TBR shelf on Goodreads and just reading what I want, when I want. And once I figured out how to do that, I felt less anxious and less inclined to read compulsively to feel productive. Rereading your favorites can bring comfort, after all. I’m not saying I won’t ever read compulsively again—I, too, am only human—but at least I’m more confident in my ability to draw the line, pull the plug, and just enjoy a book because I feel like it.