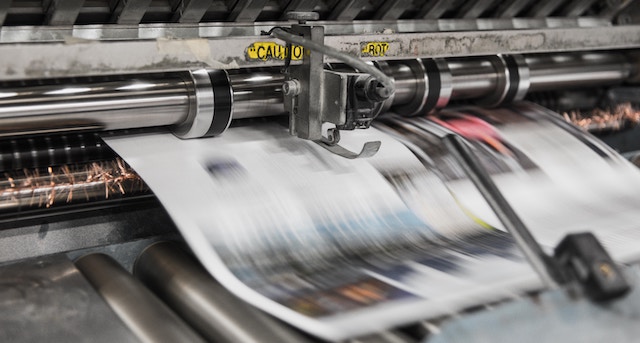 In a last-minute reprieve for children’s publishing, the Trump administration announced it was suspending new tariffs on goods from China. The tariffs previously were scheduled to go into effect December 15.

The 15% tariffs were a continuation of the White House’s prolonged “trade war” with China and would have affected children’s picture books, drawing books, and coloring books, as well as printed calendars and postcards, Publishers Weekly reports. The news follows the first round of 10% tariffs, which went into effect September 1 and affected virtually all other printed books, with one notable exception: religious texts.

Maria Pallante, president and CEO of the Association of American Publishers, praised the move while nodding to the continued burden the remaining tariffs impose.

“We applaud the Administration for crafting a trade deal with China, effectively reducing and/or suspending a number of tariffs on American books,” Pallante said in a statement to Publishers Weekly. “We look forward to the removal of all tariffs on books—returning us to our nation’s longstanding policy of not imposing tariffs on educational, scientific, and cultural materials.”

This is a particularly grim subject for the publishing industry, still grappling with another behind-the-scenes crisis: finding the paper they need to print books, at least from domestic sources. Reports last fall described a “perfect storm” of trends that have squeezed paper availability in the United States.

In a November 2018 interview, Doug Wolff, director of production at Workman Publishing, pointed to consolidation and closures among paper mills.

“There’s not as much book paper being made, so for me today to say I want to do a book and I want to print it in two weeks, that could be impossible, just because I might not be able to get paper that quickly,” Wolff said.

At the same time, in a series of comments on Twitter, Stacy Whitman, founder and publisher of Tu Books, discussed the strain from an unexpected source: the backlash against plastic products.

“The backlash against plastic in packaging materials, fast food packaging, other shipping/packaging—means that paper manufacturers found they could suddenly make more money on cheaper paper products than fine book paper,” Whitman said on Twitter, linking to an article from Printweek.

The result of this confluence of events? Publishers are looking to cheaper and more readily available international paper sources, including those in China. The imposition of tariffs on Chinese goods have added a financial burden to a printing and procurement process that already bore the cost of weeks- and month-long delays caused by international shipping.

“A Tax on Information”

While the news of suspended and reduced tariffs is a bright spot for the publishing industry in the middle of the busy holiday book-buying season, consumers still may see modest impact on their pocketbooks when buying books or other printed materials in 2020.

That said, the likely small monetary impact of the remaining tariffs may be just a symptom of a much larger problem: access to information.

In an August statement from the Association of American Publishers, Pallante characterized a tariff on books as “a tax on information.” You could say something similar (and we’ve said it) of Macmillan’s recent move to embargo ebook sales to libraries, which went into effect November 1.

In its #eBooksForAll petition in response to the embargo, the American Library Association noted that Macmillan’s actions limit libraries’ ability “to provide access to information to all.” The sentence is striking.

As we stare down whatever “phase two” of the U.S.-China trade deal may bring, the current tariffs—imposed on everything from textbooks to encyclopedias—set a troubling precedent. Couple those tariffs with the publishing industry’s ongoing printing struggles, and a troubling pattern emerges, one that puts two little words—“to all”—in jeopardy.

Because there will always be books in the world; their accessibility is a different story.