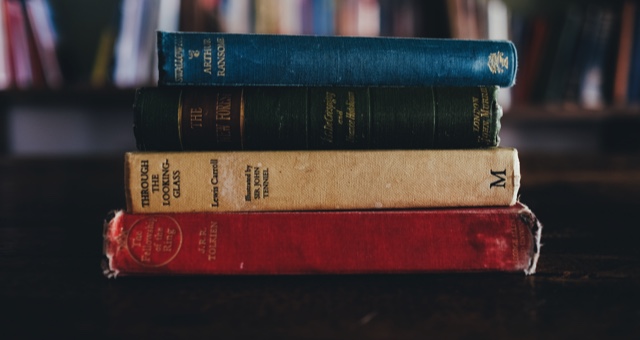 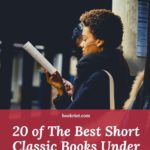 It’s a common complaint that the best classic books also tend to be the longest. In 1779, Dr Samuel Johnson described Paradise Lost as a book which ‘none ever wished…longer than it is’, and as much as I love Gone with the Wind, its 1000+ pages are definitely enough. So here’s a list of the best classic books which are also the shortest.

I’ve defined ‘short’ here as ‘about 200 pages or less’ (readable in one sitting), and used pretty much the canonical perception of ‘classic’ whilst also promoting diverse voices. These short classic books are perfect for anyone who’s been wanting to increase their classics intake but just hasn’t found the time! 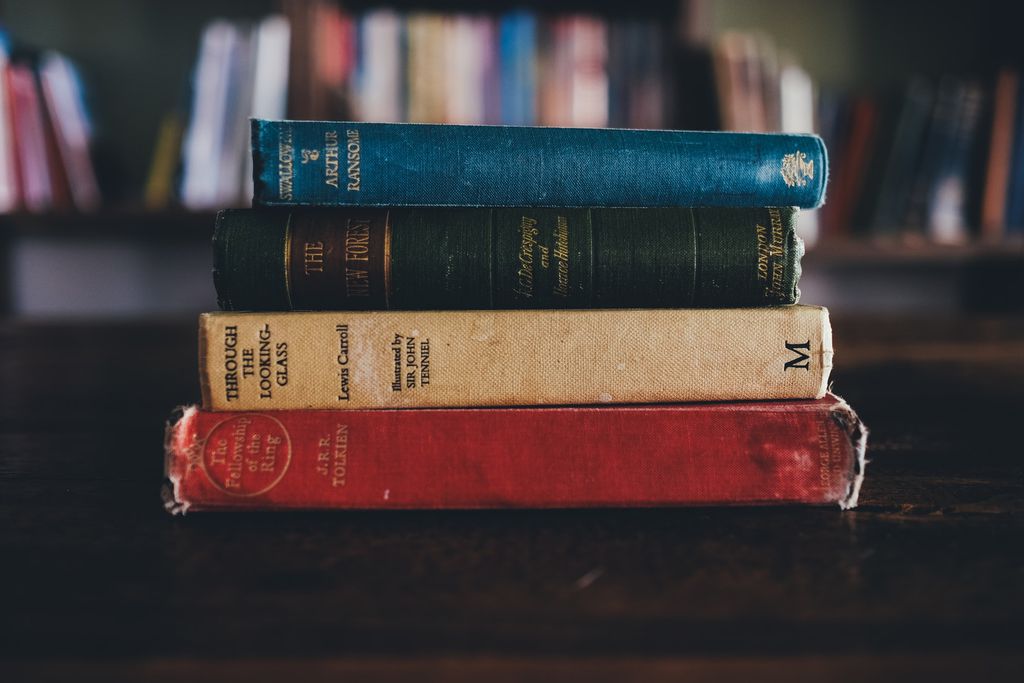 #1. The Turn of the Screw by Henry James

This 1898 horror novella features an unnamed governess who’s hired to care for Miles and Flora, a pair of young orphans. But things quickly begin going wrong – and it’s questionable how much the children are to blame.

It’s so short that if I spoke any longer about it, I’d ruin the entire book for you, so I’ll stop here.

An allegorical novel published in 1945, Animal Farm features an uprising by a group of animals against their human farmer. The utopian existence they try to establish rapidly crumbles in the face of avarice and selfishness. Orwell intended a mirror of the Russian Revolution and Stalin’s rule.

I read it at age 9 when my grandfather, an extraordinarily well-read man, sent it to me from Bangladesh along with Silas Marner. Eliot’s novella never captured my interest but Orwell’s is certainly worth a read.

#3. Of Mice and Men by John Steinbeck

In this Depression-era 1937 novel, George and Lenny are a pair of itinerant workers looking for jobs in California. They keep themselves going by hopes of one day owning their own farm, but George soon realises that for them, the American Dream is nothing but a mirage.

This was my GCSE English text and I’m not terribly enthusiastic about it. Yet somehow, I find myself thinking about the characters quite a lot, which is why it’s found its way onto this list.

None of the characters in this book are particularly likeable, and it hasn’t instilled in me the desire to read any of Fitzgerald’s other books, but the vividness of 1922 New York summer is unmatchable. 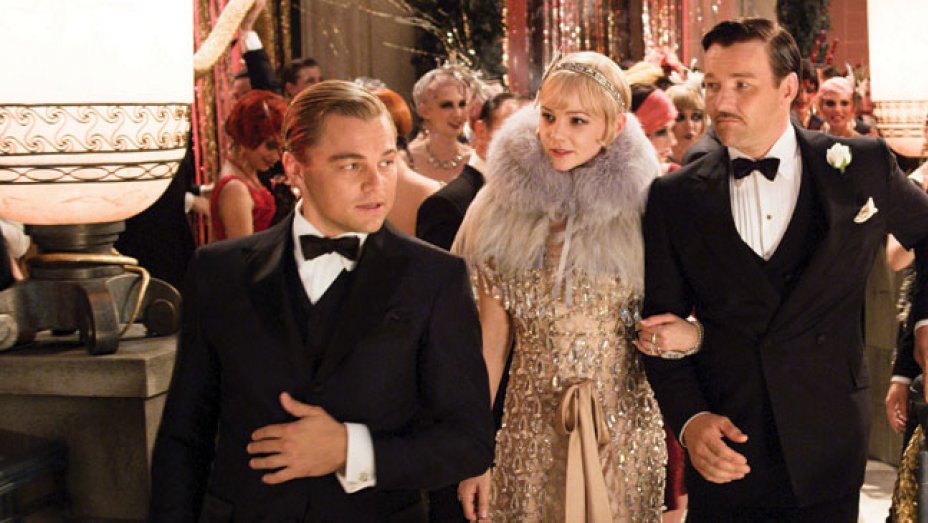 This is an 1845 memoir by one of the leading lights of the abolitionist movement, Frederick Douglass. It narrates the account of his life in slavery, constantly abused by owners, until his eventual escape.

Again, this is a very short partial autobiography, but it was extraordinarily popular. It sold 5000 copies in the first four months and gave the antislavery moment a significant boost in support.

A sensation from the moment it was published in 1818, the story of Victor Frankenstein and his namesake monster needs no introduction.

Published in 1892, it might be a stretch to call this one of the best classic books ever written. But it is a tiny glimpse into the mind of a psychologically disturbed woman.

#8. We Have Always Lived in the Castle by Shirley Jackson

Jackson is mostly known for her fabulous The Haunting of Hill House, which at 208 pages also deserves its own place on this list. This time, though, I’ve chosen to spotlight  her 1962 novella We Have Always Lived in the Castle – a blackly humorous romp through the life of Merricat Blackwood. Six years ago, most of the Blackwood clan perished in a case of arsenic poisoning. Ever since then, the remaining Blackwoods have been eking out an existence surrounded by the hatred of the villagers. When Merricat’s cousin Charles appears and disrupts their lives, she becomes determined to drive him out.

A wonderfully odd book, filled with characters who are just sane enough to make their madness even more chilling.

Larsen’s novel, featuring childhood friends Irene and Clare, was published in 1929 during the Harlem Renaissance. Biracial Clare ‘passes’ for white and has settled into a comfortable life with an unsuspecting white husband; when she later reconnects with mixed-race Irene, it sets into motion a chain of events that culminate in tragedy.

#10. Breakfast at Tiffany’s by Truman Capote

This household name was published in 1958, immediately setting off a storm of publicity as various ‘It Girls’ of 50s New York claimed to be the model for Holly Golightly, the socialite whose life forms the basis for the novel.

The film starring Audrey Hepburn has, of course, only contributed to the novel’s popularity. 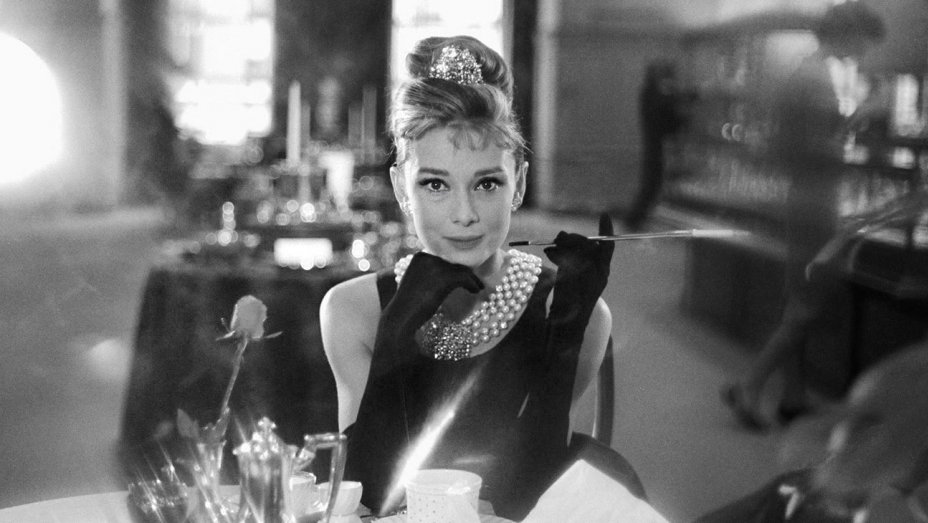 #11. Orlando: A Biography by Virginia Woolf

One of Woolf’s most famous books, 1928’s Orlando tells the story of the eponymous character, who wakes one morning to discover that he has been transformed into a woman – and an immortal one, at that.

I found it a little confusing at times; I don’t much like the modernist style. But it’s well worth a read and is a great (if odd) travel through 300+ years of history in barely 100 pages.

While Morrison is more well known for Beloved, this 1973 novella was published over a decade before it. Like Passing, it features a pair of childhood friends – Nel and Sula – who are driven apart by tragedy.

#13. Chronicle of a Death Foretold by by Gabriel García Márquez, Translated by Gregory Rabassa

Márquez’s 1981 novella opens with the death of Santiago, mentioned in the title. Though his impending murder is well known to his entire village, a combination of factors means that not a single person warns him. The book explores the conflation of morality and responsibility which culminates in the murder.

Written by Voltaire in three days, this tiny collection of chapters has been hugely influential in philosophy and satire especially. It tells the story of a young man named Candide who is being instructed in Leibnizian optimism – that is, the belief that we are living in the best possible world and that anything which happens is for the best. But as Candide’s life spirals into misery, he’s finding it harder and harder to believe that.

#15. Lord of the Flies by William Golding

When they’re being evacuated during a war, a plane full of schoolboys crashes onto a deserted island. Cue chaos.

Although the fact that this 1954 novel doesn’t have a single female character in it put me off when I first read it in Year 10, it’s actually a very interesting projection of how civilisation (in the form of adolescent males) deteriorates with horrifying rapidity when placed into a suboptimal situation. Realistic? Hopefully not. Interesting? Sure. 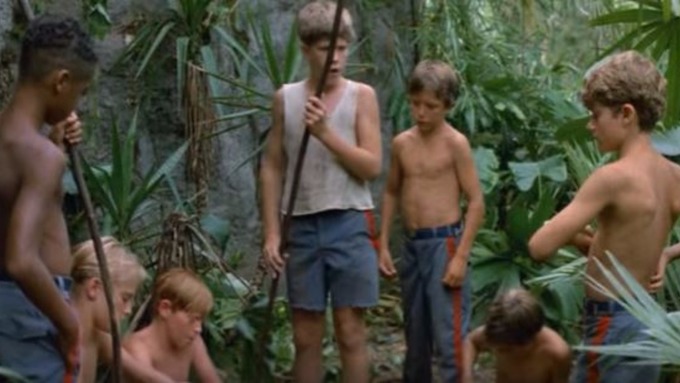 #16. The Prince by Niccolo Machiavelli

Unlike most of the other books on this list, this one doesn’t tend to feature in the secondary school curriculum. But it’s absolutely fascinating – one of the best classic books you can read. The Prince is a 1532 treatise on political philosophy by the famed Italian statesman Machiavelli, whose reputation for cleverness is certainly borne out by the contents of this book.

As with The Life of Frederick Douglass, this book is an autobiography (published 1853) by a Black man who’s experienced slavery. Unlike Douglass, Northup was born free in New York; here he narrates his abduction in Washington DC and details being sold into slavery in the Deep South. The 2013 film adaptation won a well-deserved Oscar.

224 pages (less if you get smaller editions)

This has absolutely been one of the most influential and best classic books in history, inspiring military leaders throughout the centuries. Its insights into human nature are no less profound for being roughly 2,500 years old.

Though it now tends to be marketed at children, Sewell’s 1877 novella was originally written for adults, and its themes of death, pain and loneliness are certainly heavy. The titular protagonist Black Beauty is a horse growing up in Victorian England; this account of his life and times packs as much of an emotional punch as you might expect, considering animal treatment during the period.

This 1903 collection of essays by prominent civil rights activist William Du Bois is a cornerstone not just of African American literature but also of social science, marking an early contribution to the field of sociology. Its inspirational and foundational impact on the civil rights movement can’t be overstated, with some historians tracing the protests of the 1960s back to this book.

Looking for more books you know you should read, but don’t have the time to? Here’s a list of 50 must-read books under 250 pages!