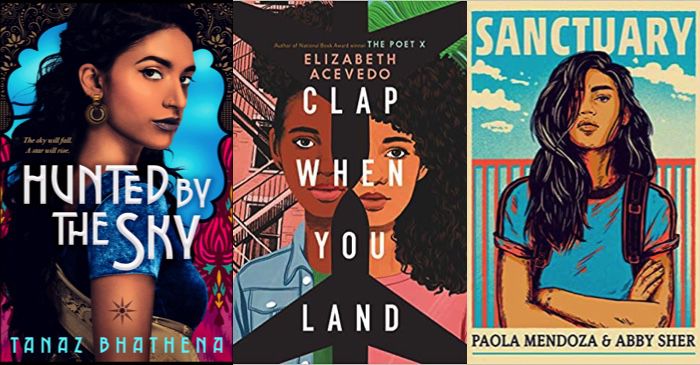 2020 has been a challenging year to say the least. Disappointment and heartache have wracked the world as illness, injustice, and the passing of prominent figures happens again and again. One ray of hope? The bright characters in this year’s young adult releases. They are facing down the world, while also facing down the reader as they look out from each gorgeous cover. (I mean, seriously—take a peek at the books below and try to tell me you aren’t intrigued by the eyes staring back at you.)

Brilliance in YA can take many forms. Some characters must master the latent magical powers within themselves; others employ cunning, making plans and protecting their younger siblings while seeking a just world for immigrants. The teens in each book are set against near impossible odds, but manage to use cunning, strength, and heart to keep fighting.

Read on to learn about eight brilliant 2020 YA releases that feature characters who are Black, Indigenous, or people of color as they face down the world.

There is a prophecy that a young girl with the birthmark of a star will bring about the downfall of the cruel king, Raja Lohar. Though Gul’s magical gifts are weak, her family fears she will be killed if the king believes she could fulfill the prophecy. Their fears do not keep them safe, however. After her parents are slain in front of her, Gul learns to wield deadly magic under the guidance of the Sisters of the Golden Lotus. Just to throw a wrench in her machinations of revenge, she meets a boy named Cavas who works for the very king she dreams of killing. 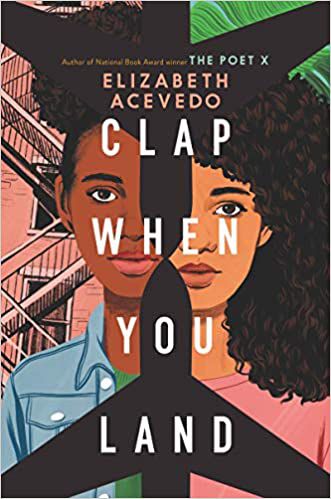 Yahaira Rios gives up on both chess and her father after she discovers the double life he led. When he dies in a tragic plane crash on his way to the Dominican Republic, she finds out that her father not only hid a secret wife across the sea but that there’s another girl who shares her last name. Camino Rios dreams of being a doctor after attending university in the United States; her plans fall from the sky when she learns of her father’s death. But though the two may have lost the same person, they may have found something even more important: sisterhood.

Robin assumed she and her mother were simply visiting America for a short while. When her mother decides to marry an American, she realizes her life with friendships and comics in South Korea is not one she will return to. Follow Robin in this stunning biographical graphic novel as she finds a way through the deep waters of learning a second language, adapting to a new family, and searching to find both art and joy in a strange, unwelcoming country. 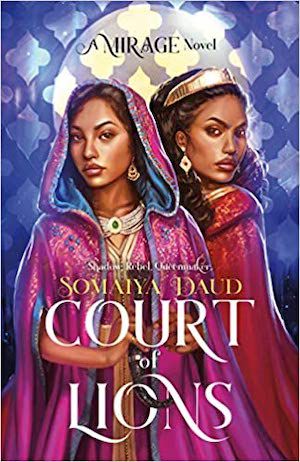 Court of Lions by Somaiya Daud

In the star studded sequel to Mirage, Amani is faced with an impossible decision: protect her people, or protect the royal family? Amani is a body double for the royal princess of Vathek. Far from her home planet of Andala, she has become close to the rebels who fight the tyranny of the Vathek royal family while also finding extremely forbidden love in Princess Maram’s fiancé. Can she find a way to balance both loyalties and mend the tear in the galaxy? Court of Lions brings the Star Wars–inspired duology to a stunning close. 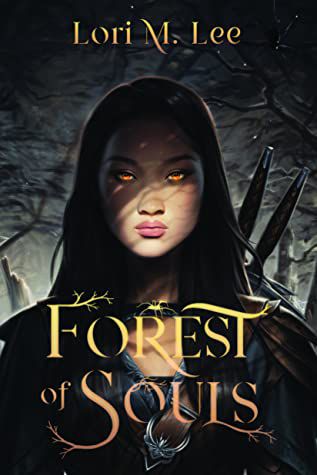 Everyone in the kingdom knows the queen fears the shamanborn. Sirscha has not had to think about this fear too much, focusing instead on training relentlessly in the hope she’ll be named the queen’s shadow. But after a reconnaissance mission ends in flames, Sirscha awakens with the glowing eyes and rare powers of a shaman. She is called to tame her abilities when the forest rises up intending to choke the world as she knows it. 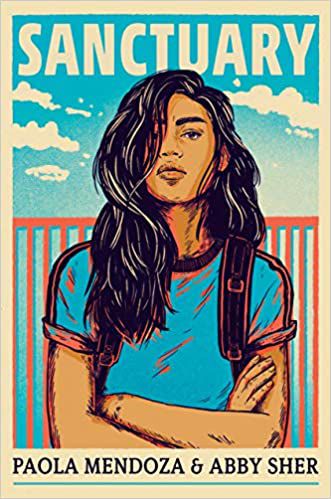 The year is 2032. In dystopian America, undocumented immigrants are being hunted down and inhumanely treated on a daily basis. Follow Vali, a young immigrant from Colombia, as she and her brother bravely flee across the country in the hopes of finding a safe place. Vali is terrified but tactical when she is separated from her mother and each plan she comes up with is foiled in some way. Nonetheless, she fights with everything within her to bring her brother to a place of sanctuary.

Gifted with a glorious singing voice, 17-year-old Enchanted dreams of taking the music world by storm. However, the violent, abusive storm takes the form of celebrity Korey Fields, who shows Enchanted both the heaven and hell of the music industry. When Korey is murdered, Enchanted wakes up in the same room as his body without a memory of his death. Who else could have killed him, the world wonders? In order to uncover the truth, Enchanted has to reawaken the strength Korey tried so hard to take away. 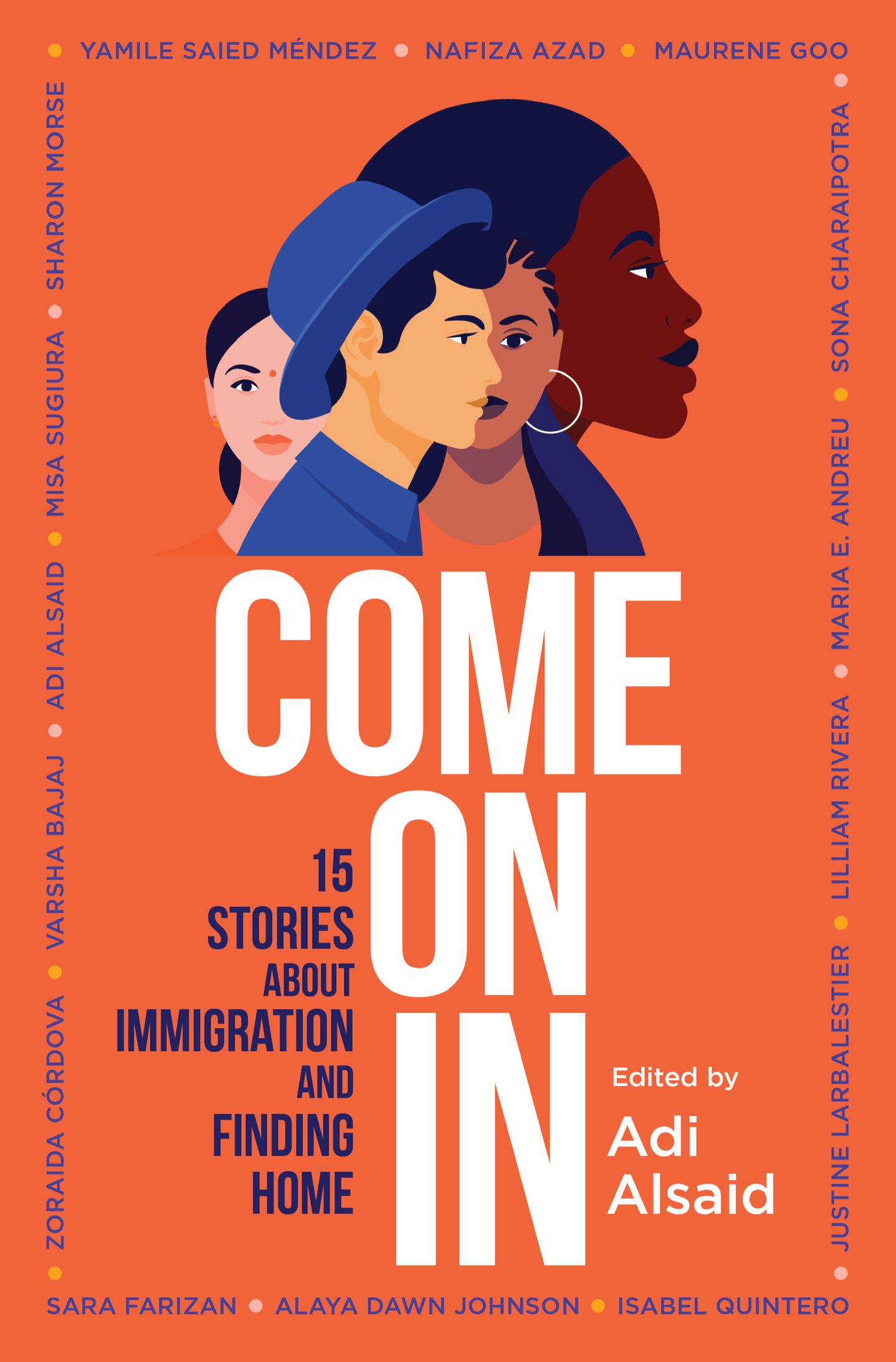 Nothing says bravery like forging a new life for oneself in a different country. In a vibrant collection edited by Adi Alsaid, read the stories of immigrants from India, Argentina, Australia and more, as teens search for home—and themselves—in America. Authors who contributed to Come On In include Zoraida Córdova, Nafiza Azad, and Maurene Goo.

Looking for more books with gorgeous covers? Check out 9 Solid Gold YA Fantasy Books from 2019. Interested in seeing a complete list of new YA books from summer 2020? Find them all here.