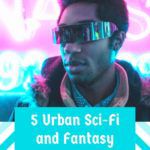 Growing up in Philadelphia, I marveled at the palpable sense of magic in the streets. The cobbled paths of Old City seemed like they were straight out of casting for a Colonial-era ghost story. Nearby, Rittenhouse Square is anchored in a park whose trees are strung with twinkling fairy lights during the holiday season. Yep, cities are pure magic, and the best urban science fiction and fantasy books for 2020 get that. The magical metropolis settings in these urban fantasy books to add to your TBR in 2020 feel real enough to transport you while you read. 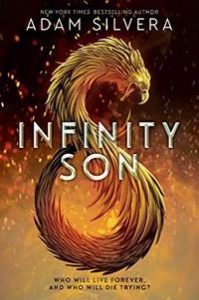 YA superstar Adam Silvera writes magic. With Infinity Son, Silvera launches a new urban fantasy series laced with thrilling action set amidst a gritty and enchanted New York City. Silvera sets many of his novels in this metropolis, but the streets that our heroes, brothers Emil and Brighton, walk in this novel is tinged with magic. Both Emil and Brighton have grown up worshipping the vigilante group Spell Walkers who fight sinister specters. But the brothers have never demonstrated the powers that Spell Walkers wield, until one fight changes everything… 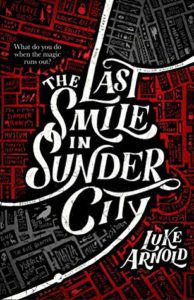 The Last Smile in Sunder City by Luke Arnold

For fans of Jim Butcher, The Last Smile in Sunder City features Fetch Phillips, a grizzled and guarded human hero who works as a private detective. Fetch works exclusively for fantastical creatures, the very ones he worked to seize magic from in his old life as a soldier. Sunder City is a magical crossroads where mortals mix with monsters. Coming along for the ride, immersing yourself in this magic-less metropolis, and watching Fetch tries to crack his biggest case yet—retrieving a 400-year-old vampire—is a wild ride and an awful lot of fun.

The Gilded Ones by Namina Forna

First of all…that cover. Second of all, yeah, still getting over that cover…OK, but I’m even more here for the description of this promising young adult fantasy. Drawing on West African traditions and mythology, The Gilded Ones follows our intuitive heroine, Deka, who accidentally discovers she has magical gifts. Deka gives up the life she’s known in her small village and trains to fight in the emperor’s all-girl army in the enchanted capital. Debut author Namina Forna’s created a fierce female protagonist you’ll root for and a captivating world that feels so real you can step inside it.

Is there anything better than a magical capital city? Ever since I was a kid, I loved reading about fairytale castles set in cities brimming with magic. And that’s exactly the setting we’re promised in Zoraida Córdova’s Incendiary. With this series starter, Córdova brings the same imaginative world-building she displayed in the Brooklyn Brujas books. In Incendiary, Renata is blessed—or cursed—with the ability to steal memories, a skill so valuable she was kidnapped and taken to the live in the city palace of Andalucia. But Renata’s working as an underground rebel spy against the oppressive government. When the boy she loves, a fellow spy, is taken captive, Renata must complete his mission among the twisted, tangled court. 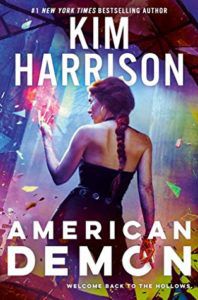 Urban fantasy legend Kim Harrison revives her Hollows universe with American Demon, the launch book for a new series. Our heroine Rachel Mariana Morgan has saved the world, but this witch-born demon knows her work isn’t done. Rachel returns to The Hollows to take on new threats in the city, like a zombie outbreak and a demon with a secret agenda. Readers new to The Hollows have enough time to marathon read the series before picking up with this intricate world and its magical urban setting.

For more urban fantasy and science fiction coverage at Book Riot, be sure to check out: