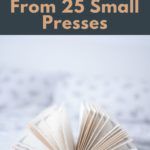 Liberty Hardy and I are huge fans of small presses, and we love celebrating their books whenever we can. I was thrilled to get the chance to collaborate with her on a list of small press books from 2020 we’re super excited about and want to share with you. But first, we had a little chat:

ME: What is it that draws you to small press books?

LIBERTY: First and foremost, the content! I find that titles from indie presses tend to be more weird, wild, and wonderful. I LOVE WEIRD BOOKS. Small presses take bigger chances on books, and it almost always pays off.

ME: I agree! I love books that experiment with form in some way, and I’m more likely to find them from small presses. They also publish a lot of books in translation, another love of mine. If you want to read books from around the world, small presses are the way to go. Want to shout out some of your favorite backlist small press books before we get to our 2020 list?

LIBERTY: Holy cats, there are so many! For starters, I’ll say Alligators of Abraham by Robert Kloss, Zazen by Vanessa Veselka, Long Division by Kiese Laymon, A Twenty Minute Silence Followed by Applause by Shawn Wen, The Orange Eats Creeps by Grace Krilanovich, and Motherfucking Sharks by Brian Allen Carr. How about you?

ME: I’m so glad you asked!! I fell in love with Ducks, Newburyport by Lucy Ellmann last fall, and I’ve been in love with The Argonauts by Maggie Nelson for years now. Also, They Will Drown in Their Mother’s Tears by Johannes Anyuru (translated by Saskia Vogel), The Word Pretty by Elisa Gabbert, Tell Me How it Ends by Valeria Luiselli, and Flowers of Mold by Ha Seong-nan (translated by Janet Hong).

Final question: How hard did you find it to narrow down the many, many amazing small press books coming out this year to our final list of only 30?

LIBERTY: UGH. I hate making decisions, especially when it comes to choosing some books over others. But it had to be done! And I will certainly still be discussing these and many others on All the Books and in our new books newsletter.

ME: Perfect answer. Making these choices was only possible because I write about small books regularly in my monthly Indie Press Round-Up, so you’ll be hearing about even more in the future.

Now, check out our list, add some books to your TBR, and watch this space for more great new small press books! 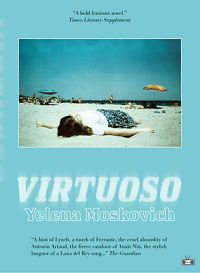 A coming of age novel set in Prague in the 1980s. I can’t pass over a book compared to Lynch, Ferrante, Nin, and Lana del Rey (The Guardian). —Liberty

A young boy and his supernatural dog help the boy’s kidnapped sister. The author is the lead singer of The Butthole Surfers, and it’s just as weird as you would expect it to be. —Liberty

Shapland writes about the lesbian love McCullers kept hidden after stumbling upon a series of letters, while examining her own complicated life. —Liberty 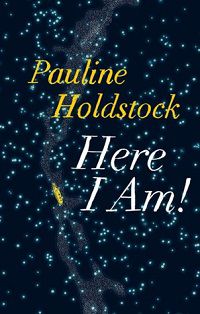 Here I Am! by Pauline Holdstock (Biblioasis, February 4)

A young boy in England can’t get people to listen to him after his mother dies, so he runs away to France to find his father. —Liberty

A work of criticism and sociology that examines ableism in fairytales. Leduc shows how fairytales have influenced our ways of thinking about disability and offers ways to celebrate all bodies. —Rebecca

Three women question their lives after being visited by a sacred bird from Muslim and Celtic literature while on a road trip to the Scottish Highlands. —Liberty 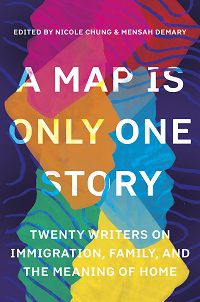 A Map Is Only One Story: Twenty Writers on Immigration, Family, and the Meaning of Home edited by Nicole Chung and Mensah Demary (Catapult, February 11)

An anthology of writing about immigration from Catapult magazine. These 20 personal essays from a diverse array of writers highlight the human side of immigration policy and explore home, travel, belonging, and existing in between cultures. —Rebecca

Two men on an Ojibwe reservation begin a secret romance that could have devastating results for both of them if they’re discovered. —Liberty

A comic workplace novel about struggle under late capitalism, complete with a ghost who gives advice. A young woman works in a range of increasingly strange temp jobs in her search for steadiness and independence. —Rebecca 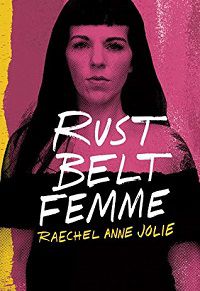 Jolie’s memoir about growing up poor in a tough neighborhood in Cleveland in the 1990s after the death of her father. —Liberty

A retelling of the origin story of the Chukchi, an indigenous people from the Bering Sea region of the Arctic within Russia. —Rebecca

Later: My Life at the Edge of the World by Paul Lisicky (Graywolf Press, March 17)

Lisicky’s memoir of queerness, illness, and love, documenting his time in Provincetown in the early 1990s during the height of the AIDS crisis. —Liberty 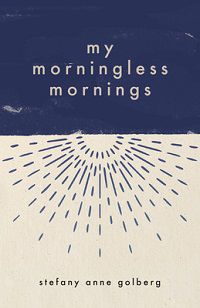 Goldberg’s memoir of her struggle with insomnia, and what the difference between day and night means in our lives. —Liberty

A novel set in a Mexican village about an investigation into the murder of a woman, discovered by a group of children. Full of unreliable narrators, violence, poverty, and beautiful, hypnotic language. —Rebecca

Made in Saturn by Rita Indiana, Translated by Sydney Hutchinson (And Other Stories, March 24)

Indiana’s latest scorching novel is about gods, artists, and addicts in the Caribbean. —Liberty 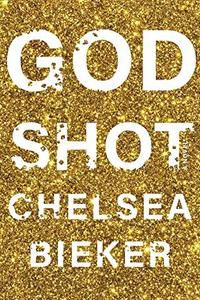 A teen girl in a near-future drought-stricken America leaves her home to find her mother after she runs off. —Liberty

The Subtweet: A Novel by Vivek Shraya (ECW Press, April 7)

Shraya’s novel takes on the power of social media when the friendship between two women is destroyed with one single tweet. —Liberty

A young couple seek to find help for the wife’s mental health issues, and find complications instead. —Liberty 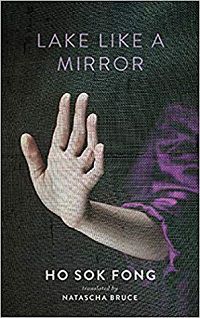 Winner of the 2019 Giller Prize. Set in a diverse Toronto neighborhood over the course of three decades, this novel is a family saga and a love story. —Rebecca

Four by Four by Sara Mesa, Translated by Katie Whittemore (Open Letter, May 5)

A boarding school novel set at Wybrany College, where the wealthy try to keep their children safe. One of the scholarship students disappears, opening up a series of mysteries and revealing the menacing, Gothic nature of the school and the world around it. —Rebecca

On Lighthouses by Jazmina Barrera, Translated by Christina MacSweeney (Two Lines Press, May 12)

A mix of memoir and literary history focusing on what lighthouses have meant to writers such as Virginia Woolf, Edgar Allan Poe, and others. —Rebecca

We Had No Rules by Corinne Manning (Arsenal Pulp Press, May 12)

A short story collection about contemporary queer life. 11 first-person stories, set during the last three decades, that explore how to live in a world that is full of both potential and disappointment. —Rebecca 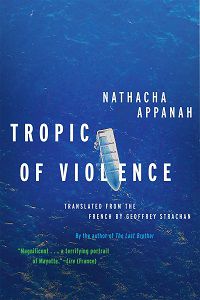 Tropic of Violence by Nathacha Appanah (Graywolf Press, May 19)

A novel about youth and migration, set in Mayotte, a department of France in the Indian Ocean. —Rebecca

A Country for Dying by Abdellah Taïa, Translated by Emma Ramadan (Seven Stories Press, May 19)

Set in 2010, this is a novel about a group of people from North Africa who are living in Paris. Prostitutes, revolutionaries, and refugees try to find refuge, dreams, and love in a dangerous and unwelcoming world. —Rebecca

A novel set in Buenos Aires about the poor and downtrodden. Cleopatra, a sex worker, sees a vision of the Virgin Mary and changes her life. Quity, a journalist, writes her story and finds her own life transformed by the experience. —Rebecca 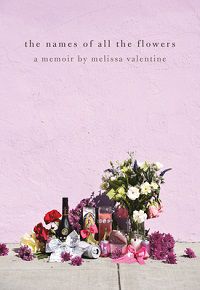 The Names of All the Flowers by Melissa Valentine (Feminist Press, July 14)

A memoir of a mixed-race childhood in Oakland in the 1990s. Melissa and her older brother Junior grew up running around Oakland neighborhoods, but Junior’s murder at the age of 19 tears their family apart. —Rebecca

The Revolution According to Raymundo Mata by Gina Apostol (Soho Press, August 4)

Winner of the Philippine National Book Award. This is a novel told in memoir form about Raymundo Mata, who is a bookworm and revolutionary. —Rebecca

A meditative novel about grief. A recently bereaved woman travels to an Italian village. There she takes walks and explores the world around her while she contemplates grief and the loss of her youth. —Rebecca

Want even more small press books? Check out my Indie Press Round-Up from January and February, and dive into Liberty’s list of 100 Must-Read Indie Press Books.