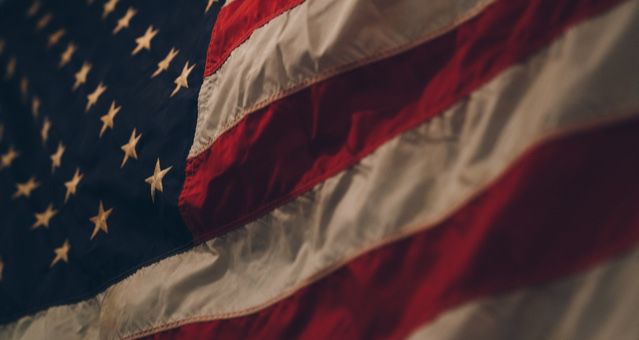 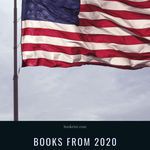 It’s not unusual for politicians to write a book or two in the span of their careers, but for presidential contenders in particular, it almost seems to be a requirement. It’s not, but true to form, (almost) everyone hoping to challenge Donald Trump for the White House have all written and published at least one book (there are 19 between them!). Exceptions include Tulsi Gabbard (whose book is forthcoming in December) and Tom Steyer (who hasn’t written one…yet). This list is alphabetical by candidate last name and includes only those who are still in the running (those who haven’t dropped out) and who qualified for the fall debates. 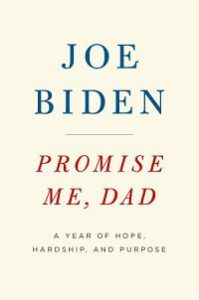 Former Veep Biden has published two books. The first, Promises to Keep: On Life and Politics, came out in 2007, presumably intended as a prelude to a 2008 presidential run. First elected to the Senate in 1973 at the age of 29, Biden retraces his long senatorial career which lasted through numerous events including the close of the Vietnam War and Watergate as well as personal tragedies like the death of his wife and daughter. Ten years later, after President Obama’s second term ended and Trump entered the White House came Promise Me, Dad: A Year of Hope, Hardship and Purpose chronicling the year after Beau Biden, Biden’s son, died of cancer. 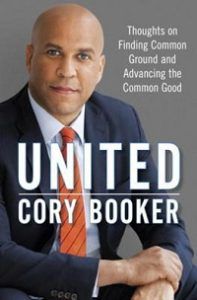 New Jersey senator and former mayor of Newark, Cory Booker entered the presidential race on a message of hope, optimism, and love, echoed in his book United: Thoughts on Finding Common Ground and Advancing the Common Good. The book further explores Booker’s determination to inspire people toward positive action, discussing the many people who inspired him to pursue public service as well as some of his missteps along the way to where he is now. 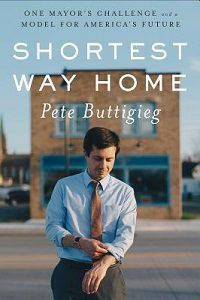 South Bend, Indiana, Mayor Pete Buttigieg would be the first openly gay U.S. president if he won in 2020. When he was elected to be mayor of South Bend at 29, he wasn’t yet out (he came out before running for reelection, which he won with 78% of the vote). He wrote his book Shortest Way Home: One Mayor’s Challenge and a Model for America’s Future about his efforts to revitalize the struggling city of South Bend and redefine Middle America as more than just “flyover country.” 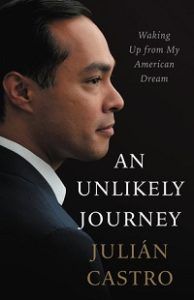 Before beginning his presidential run, Julián Castro started as a city councilman in San Antonio. Eight years later he became San Antonio’s mayor, gave the keynote address at the 2012 Democratic National Convention, and was eventually tapped to join President Obama’s cabinet as Secretary of Housing and Urban Development. His book An Unlikely Journey: Waking Up From My American Dream is more memoir, less policy, and paints a picture of his (and his twin brother’s) childhood—from their grandmother’s immigration to the United States to their introduction to politics from their activist mother—which culminated in Castro entering politics at 26, where he’s been ever since. 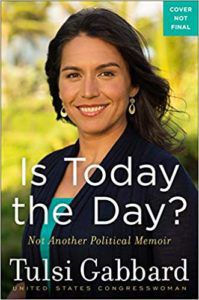 Yet to hit shelves is Tulsi Gabbard’s political memoir, Is Today the Day?: Not Another Political Memoir, which is due out on December 31 from Twelve Books. Unclear on how it stacks up as a political memoir, but Gabbard’s career is a little different from others. A former member of the armed services, she was the youngest person ever elected to Hawaii’s state legislature and the first Hindu person elected to the U.S. Congress, but as of this writing there’s not much of an official description available. 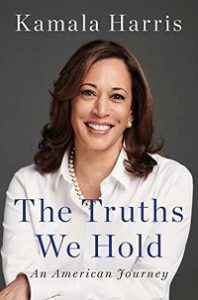 Before becoming a senator in California, Kamala Harris was California’s attorney general, and before that she was San Francisco’s district attorney. Her career as a prosecutor has been central to her campaign for the presidency, just as it was in her first book Smart on Crime: A Career Prosecutor’s Plan to Make Us Safer, which covers Harris’s determination to make America go further than just tough on crime. As talk about a potential presidential run was ramping up, Harris’s most recent book, The Truths We Hold: An American Journey, arrived. It’s a bit more personal than her first, discussing her childhood in Oakland, California, where she was born to activist immigrant parents who shared their justice mindedness with their daughter, but ultimately focuses on how Harris’s background, both political and personal, have led her to where she is today: running for president. This one also has a version for kids for middle grade readers, The Truths We Hold: An American Journey (Young Reader’s Edition). And if you want to introduce even younger kids to Senator Harris, you can read Superheroes Are Everywhere, a picture book biography about the superheroes Harris encountered as a child and encouraging kids to become their own superheroes, too. 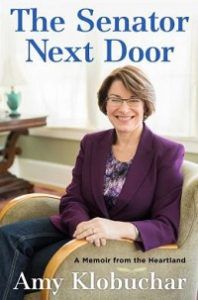 Since being elected Minnesota’s first woman senator in 2006, Amy Klobuchar has named herself “the senator next door,” which ended up as the title of her book, The Senator Next Door: A Memoir From the Heartland. Her book tracks her childhood (including her father’s struggle with alcoholism) to her divorce and to the Senate floor, where she values a pragmatic approach to politics that allows her to partner up with unlikely people to accomplish policy goals. 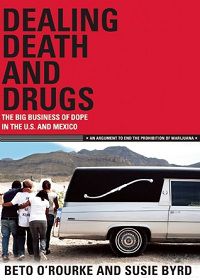 While other 2020 contenders have had books published fairly recently (all the better to tie in to their political goals), former House Rep Beto O’Rourke is a bit of an outlier. At only 144 pages, and published by a small El Paso press called Cinco Puntos Press, Dealing in Death and Drugs: The Big Business of Dope in the U.S and Mexico was co-written by O’Rourke when he was still serving on the El Paso City Council in 2011 (his co-author was colleague Susie Byrd, whose parents own Cinco Puntos). The book reiterated a  lot of what O’Rourke had already said about the drug war (and what he continues to say today), but there was some concern that its proposal to legalize marijuana would be a liability in his campaign against a popular incumbent. Those worries were proven unfounded when O’Rourke won his house seat, which eventually catapulted him to a closer-than-expected race against Senator Ted Cruz in 2018, and now the race for the presidency. 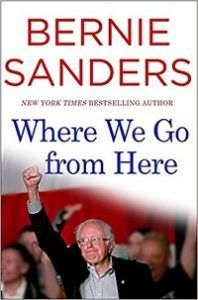 Since he ran against Hillary Clinton for the Democratic nomination in 2016, Bernie Sanders, an Independent senator from Vermont, has seen many of his policy proposals ($15 minimum wage, Medicare-For-All), formerly dangling off the political fringes, become mainstream. You can read about them all in one of his three books. The first, Our Revolution: A Future to Believe In, traced Sanders’s time on the campaign trail (it hit shelves about two weeks after the 2016 Presidential Election) and recounts the ideas and policies he’d run on, encouraging readers to pick up where his campaign had left off. In 2018, Where We Go From Here: Two Years in the Revolution arrived, a lead-up to his run for president, chronicling Sanders’s continued efforts for change, now coupled with attempts to beat back contrary efforts from the Trump administration. For teen readers, there’s also Bernie Sanders Guide to Political Revolution, which offers readers tips and resources on how to organize and get involved politically. 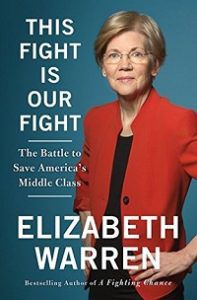 Of the current candidates, Senator Elizabeth Warren has the most books under her belt, and she wrote the first two before she’d ever entered the political arena. As a Harvard Law School professor, Warren co-authored with her daughter Amelia Warren Tyagi. In 2003 there was The Two-Income Trap: Why Middle Class Mothers and Fathers Are Going Broke and a couple years later a personal finance guide called All Your Worth: The Ultimate Lifetime Money Plan. It’s likely we probably would have gotten more books like these from Warren if she’d continued her academic career. Instead, Warren’s research on bankruptcy led her to politics, and in 2012 she defeated Scott Brown (in one of the most-closely watched races in the country) for her seat. Afterward, Warren’s A Fighting Chance was published, tracing Warren’s childhood in Oklahoma to her teaching ambitions, to Harvard and the creation of the Consumer Financial Protection Bureau, the agency Warren proposed and established, to the Senate. Most recent is This Fight Is Our Fight: The Battle to Save America’s Middle Class which offers an inside look at Warren’s time in the Senate. 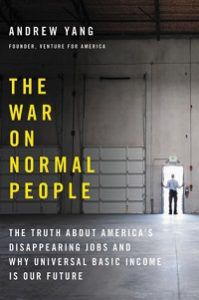 Andrew Yang may or may not win the presidency, but he does win the award for Longest Book Titles From 2020 Presidential Candidates. Though he’s never run for office before, Yang’s been a lawyer and run a test-prep company (Manhattan Prep, if you’re wondering), and founded Venture for America, whose goal it is to get recent college graduates to sidestep “safer” and more traditional career paths for the rollicking world of startups. Such is covered in his first book Smart People Should Build Things: How to Restore Our Culture of Achievement, Build A Path for Entrepreneurs, and Create New Jobs in America. His second book, The War On Normal People: The Truth About America’s Disappearing Jobs and Why Universal Basic Income Is Our Future, explains his central policy idea: universal basic income.