With the new adaptation of Little Women so close to arriving, it got us thinking about the first, second, or 40th time we read this classic. For me, every time I read this book, I find new things to love and hate and have enjoyed the journey every single time I’ve read the book. I feel exactly how Jo feels when she tells Marmie “Beth is mine!” Little Women is the book that will stay with my heart forever.

But, I definitely have some Strong Opinions™ in regards to certain aspects of the story, and I’m not alone. Keep reading for different Rioters’ unabashed beliefs on how the novel should go. 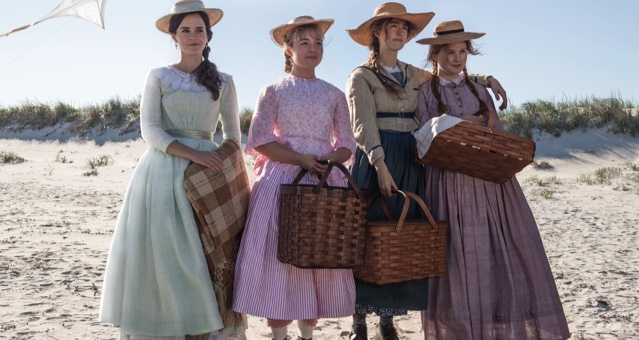 When I first read the story (one of those shiny, hardcover illustrated classics you could get from Walden Books in the mall), I was shocked and dismayed that Jo turned Laurie down. And then he had the gall to go and marry Amy instead? But by the second time around, I was a little more skeptical. Now, as an adult, it makes me unnervingly upset that Jo married at all (like, the professor? really?). Didn’t she want to be astonishing? Didn’t she want to run her own life and play by her own rules? Certainly marriage doesn’t mean you can’t do those things, but Jo’s whole life revolved around her independence and refusal to take that step with someone, so I simply do not accept that she would marry so easily. (Also, see Susie’s take below. Because yes.)

IDK, is this controversial? I mean, Jo is gay, right? She’s at least queer. We can all agree on that. At least I thought so? I’m just absolutely positive that if Jo were real and alive today, I would find her holding down the corner of any hole-in-the-wall lesbian bar I visited.

I think Amy is fine. She’s fine!! What does she even do that’s that bad aside from burning Jo’s manuscript? Which is clearly, yes, a bad thing to do, but she’s also a child. She apologizes and Jo forgives her. If Jo can forgive her, I think the rest of us can. And if you’re out there holding a grudge about how she stole Laurie from Jo, we all know Jo didn’t really want to marry Laurie. Let it gooooo. I’m hoping this adaptation spends a little more time on Amy and Laurie falling in love, and on Amy’s artistic ambitions, so the audience can get a more accurate sense of her character than “brat who never grew up” (which is just not true—reread the book!).

I, too, am Team Amy! Or rather, I’m Team Jo Shouldn’t Have Had To Marry Laurie Just Because Christian Bale Was Excruciatingly Cute In The 1990s, but I also genuinely enjoy the way Amy puts Laurie in his place when he won’t stop his sad sack Nice Guy moping. And I don’t mind Professor Bhaer! Yes, Jo shouldn’t have had to marry anyone, but that doesn’t make Professor Bhaer a bad person, and I deeply love the scene with the umbrella and also Little Men. #sorrynotsorry

Meg is the worst! She’s boring and bossy and always all “ No, Jo, don’t do that!” Perhaps, my Meg opinion was formed by me playing Meg in a *bad* stage version of Little Women at age 8. However, my opinions haven’t changed. Meg tries to mother everyone, including Marmee. In the 1994 movie, it always seemed like Meg was begrudgingly indulging Jo. Rolling her eyes at Jo’s childish ways, when really, Meg was what, two years older? Meg, relax, you have your whole life to be boring.

What are your own ~controversial~ opinions about Little Women?