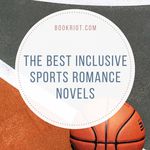 I am not a Sports Fan, but I do enjoy them enough when they’re playing. Enjoyment, of course, means reading between “hey Jess watch this”es, but whatever. I don’t hate sports, and I like reading romance featuring professional athletes because I’m a sucker for what you might call “famous fling” romances, and also romances about famous people falling in love with each other (my first football romance, I’ll never forget: a famous quarterback and a well-known opera star get fake-engaged after he accidentally gives her a concussion, and I was hooked).

And what I noticed when I started picking up sports romances was that they were hella white. Football, baseball, hockey, you name it. As many people who are remotely familiar with professional American sports know, it’s probably one of the most diverse professions out there. The NFL is 70 percent black. Baseball is just under 50 percent POC. And of course, hockey, the sport that definitely leads in the athletic romance universe, is like 99.9 percent white. There isn’t even the same kind of foundation in basketball romance that there is for the other sports, because there is no quintessential white guy to base the characters on. No Tom Brady, no Gronk, no famous pitcher or heavy hitter. And demographically speaking, the athlete makeup is essentially the opposite of hockey (actually, the NBA is about 20 percent white, but the appearance of it is very much not).

P.S. How are there so few soccer romances?

Anyway. If you look around, especially at the mainstream romance novels and series that have been published by traditional publishers, you’ll notice that there are a lot of quarterbacks in football romance, and a lot of white guys in general. This is not to say that these books don’t deserve a space on the table, but they sure do sit in a space that could have a lot more people in it. And when we live in a world with an ever-increasing number of high-profile black athletes who are very much romance material, why on earth aren’t people writing about them?

Obviously, the answer is white supremacy.

I suppose they’re trying. We’ve seen more books featuring athletes who are not white, but each might be one in a sea of many of their white colleagues. I haven’t seen much of any kind of uptick yet, but they can’t go on much longer without making some changes. And of course, in romance, all the heavy lifting is happening in indie romance, anyway. The authors who (responsibly) self-publish tell stories and pursue topics that are less common in mainstream, and might even be something that mainstream is uncomfortable pursuing.

I’ve spent a lot of 2019 pursuing a plan of reading more new-to-me authors, and that has helped me find more books about athletes that are not centered on the false white norm, especially in football romance where a good 90% of the male protagonists are white quarterbacks, receivers, and linemen. I haven’t read as many as I’d have liked, but if you’re looking for the same, here are a few to start with. 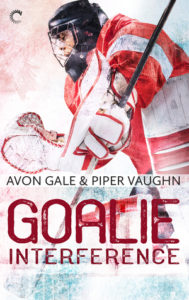 When a new goalie arrives, Ryu Mori is ready to fight for his starting position. But when the people upstairs decide he’ll share the job with the newcomer, they have to work together while they also work to see who will be the goalie if they make it all the way. They also have to deal with their attraction to each other, which might be more cause of contention than the goalposts. 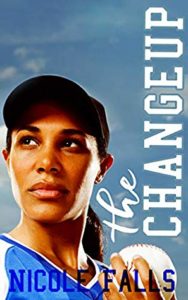 The Changeup by Nicole Falls

Geffri Robinson is a hell of a pitcher. Good enough to have played baseball with the boys through college. But after dealing with that much toxic masculinity for so long, she now coaches softball at a local school. When video of her at a local pitching competition goes viral, she catches the eye of the National Women’s Team as well as that of a local sports blogger. 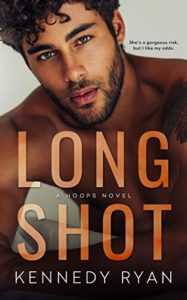 Iris and August met long ago, but didn’t pursue a relationship at the time. When they’re reunited, she has to deal with her past as his rise to basketball stardom continues. I have owned this book for a long time, but haven’t been able to get into the mindset for the number of trigger warnings listed for it. But everything else I’ve read by Kennedy Ryan has been top notch writing and has approached difficult topics with care, so I can’t imagine this one isn’t as well.

These aren’t the only ones, obviously. For example, Nicole Falls and Alexandra Warren have an ongoing basketball series that looks hella good (starting with Shots Not Taken), but I haven’t started it yet. Farrah Rochon recently republished her amazing football series starting with Huddle With Me Tonight. Alexa Martin, Liz Lincoln, and Lyssa Kay Adams all have books in their series with POC male protagonists (though they also center white characters). People are at least getting off of the “I can write a 20-plus book series and every single athlete is going to be white” train. Sort of. But the most work that needs to be done is where it’s been seeded the deepest.

Obviously, romance as a whole needs to get on this train—and don’t even get me started on romances about show business, both acting and performing—but it feels more…hurtful; harmful…in sports romance, because it so disproportionately represents the athletes that we love and want to see finding loves of their own, even if they’re imaginary.